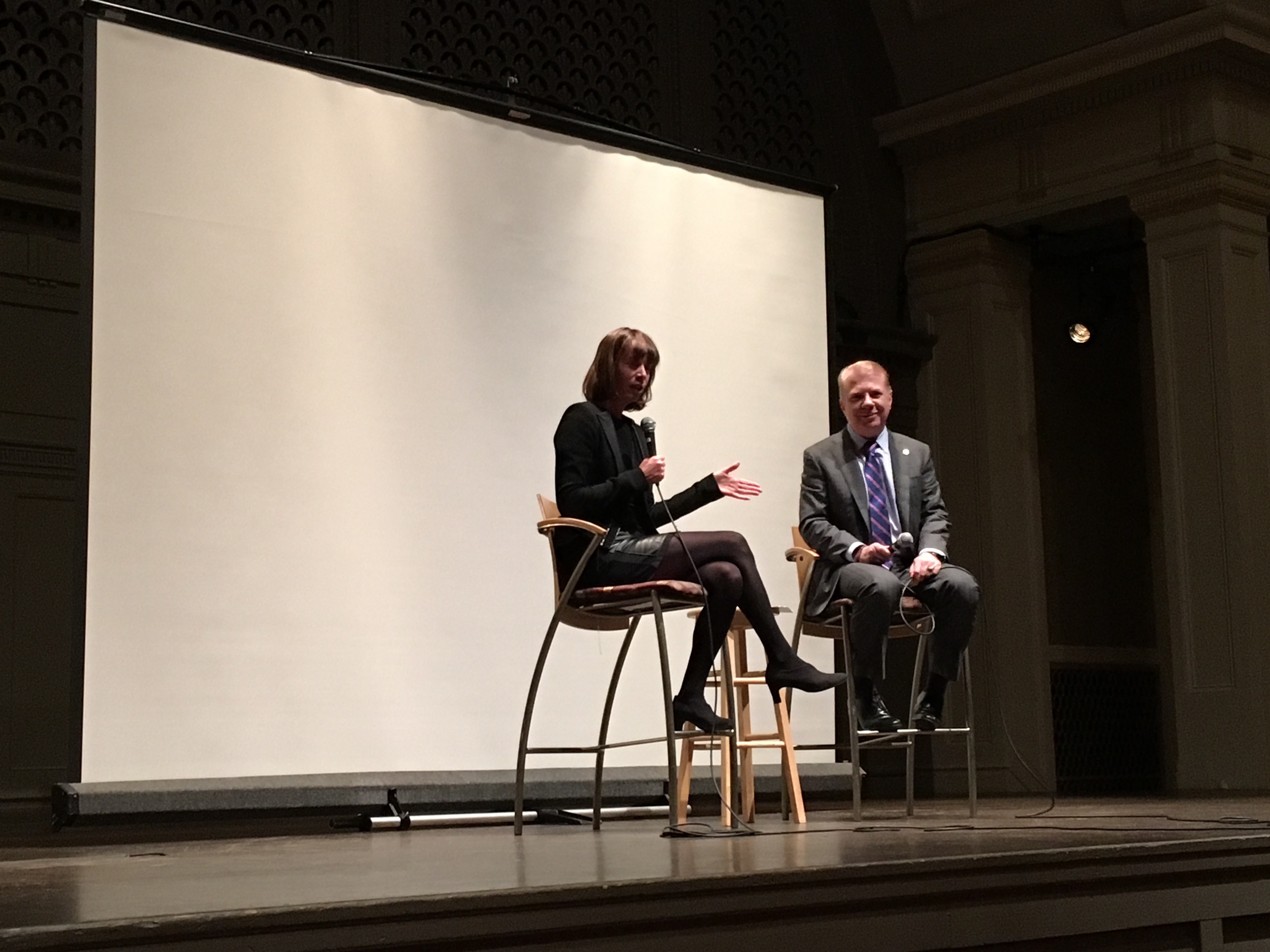 Janette Sadik-Khan, you are wrong.

They’re looking at Seattle’s stunning natural scenery and the tech companies that are coming of age here. And believe me, no mayor in the world would be willing to take Bertha, the tunnel off of our hands.

At Janette Sadik-Khan and Mayor Ed Murray’s chat last night at Town Hall, the Mayor fondly recalled how, when he was young, he could drive Downtown and park on the street and go to the gym at the YMCA. Mayor Murray implied people with similar car-centric memories are the forces pushing back on all the innovative street changes he might make someday in the future.

They have, Mr. Mayor.

Yes, young people are joining their district councils, boards, and commissions. They are writing exemplary blogs like The Urbanist, Seattle Transit Blog, and Seattle Bike Blog.

Young family people are finding sitters so they can go to their neighborhood council meetings to ask for safer routes to schools, new sidewalks, and street crossings (arguably many of these should be the primary responsibility of a well-funded transportation agency, and not be the responsibility of people who have to beg for community funding).

Young people are voting for climate-friendly candidates, and coming to community meetings to speak up for road rechannelizations and protected bike lanes.

Mayor Murray and Seattle Transportation Director Scott Kubly, we have been holding your feet to the fire for a long time asking for safe well-maintained streets, and streets that are joyful public places like the ones we’ve visited in Europe.

We have been willing partners, celebrating everything from Sound Transit station openings, to new bike corrals and parklets.

We’ve knocked on doors and phone banked to pass the Move Seattle Levy.

The people of Seattle are ready NOW for our #StreetFight. We’re just waiting, a little impatiently, for you, our leaders, to catch up.

Don’t worry. We’ve got your back.