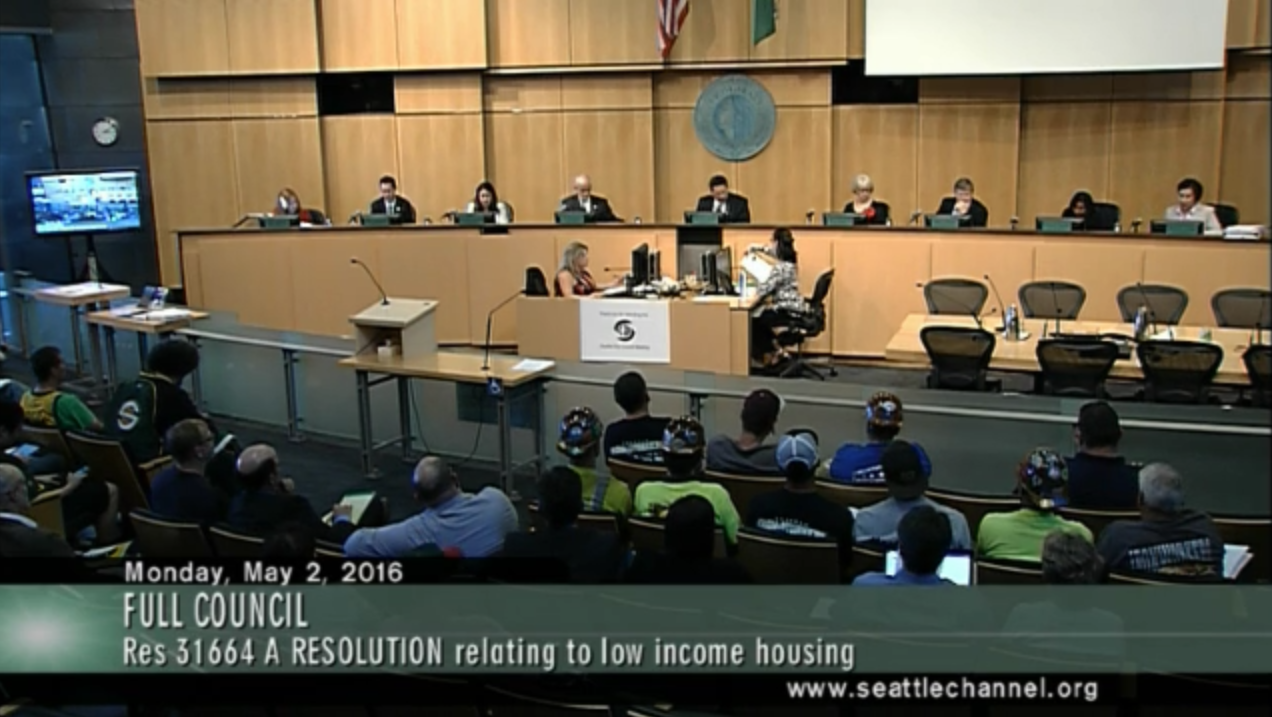 Seattle voters will have a chance to weigh in on a major housing levy this summer. At a full council meeting on Monday, Councilmembers voted unanimously to put a seven-year, $290 million housing levy on the August ballot. The city’s ongoing housing levy, a property tax, is set to expire at the end of the year, which is why reauthorization is now being asked.

The goal of the levy is to provide for a variety of low-income housing programs, including the production and preservation of affordable rental housing, rental assistance for low-income individuals and families, homelessness prevention, and homeownership assistance. Seattleites have authorized the housing levy five times since 1981. The previous levies have been instrumental in delivering affordable housing options to those who need them. In total, the programs have produced and preserved more than 12,500 affordable housing units, assisted 800 families in buying their first home, and provided emergency rental assistance to 6,500 households.

The last housing levy passed in 2009 and paved the way for the City to raise $145 million over the life of the program. To date, that program itself has raised enough revenue to build 1,971 new apartments units, preserve 410 units as affordable for 50 years, and help 148 homeowners buy a home for the first time. The overall program is on pace to meet or exceed all of its goals, which is a true testament to the effectiveness in service delivery.

The new levy would go much further though by essentially doubling the amount of revenue over the expiring one. More than 7,000 households could directly benefit from individual programs in the new levy proposal, making it the most ambitious housing levy to date. The elements of the program are extensive. For instance, the rental production and preservation program makes up the largest single line item in the proposal at $201 million and would produce/preserve some 2,150 units and reinvest in another 350 existing units. A majority of those funds would be targeted toward acquiring or rehabilitating housing for the very low-income, typically households at or below 30% of the area medium income (AMI). Above this income threshold, monies would also be more broadly available for the same purposes but for other household types or narrow program goals.

The City has a detailed spending plan that is somewhat flexible, but should generally achieve the following goals for low-income residents across the city:

It’s important to note that unless otherwise specified with more restrictive income thresholds, any household making 80% of the area median income or less is considered as “low-income”. So some of these programs could conceivably provide assistance to a family of four making up to $69,300 year, for instance. But perhaps more importantly, the levy will deliver real assistance to thousands of households that need a helping hand now and in the future.

If approved, the new levy would collect taxes from 2017 through 2023 at a maximum annual levy rate of $41,428,571. The average median homeowner in the city could expect an annual tax of $122 per year. All revenue from the levy will be directed to the city’s Low-Income Housing Fund to ensure that proceeds are used exclusively for low-income housing programs.

The approved ballot title language will appear as follows on the August ballot:

If approved, this proposition would replace an expiring levy to fund: housing for low-income seniors, workers, and households, and the disabled and mentally ill; and homelessness prevention and reduction programs, including emergency rental assistance for at-risk families.

Should this levy lid lift be approved?

Plan To Double The Seattle Housing Levy Chugs Ahead