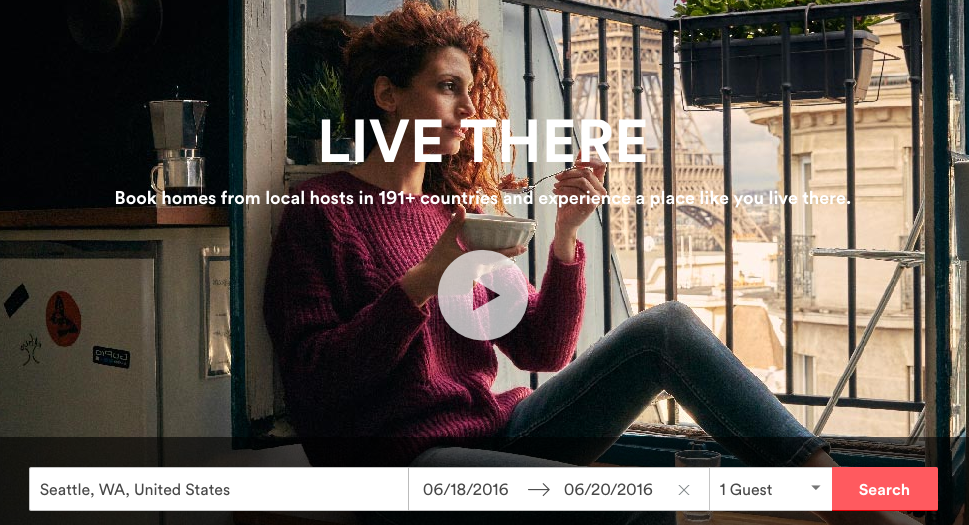 Short-term vacation rentals have become an increasingly prominent feature of the urban environment in Seattle. Just three years ago, there were only a couple hundred Airbnb listings in the city. That number has ballooned to well over 3,800 individual listings. Airbnb is not alone. Other short-term vacation rental services have also taken off like VRBO and HomeAway. But like any hot and innovative service, there are disruptive aspects to the traditional ways of doing business like rapid conversion of the existing housing stock to vacation rentals, lost tax revenues, and lack of compliance with health and safety protections. That’s why Councilmember Tim Burgess is proposing new regulations on short-term vacation rentals.

Short-term vacation rentals often share similarities with traditional bed-and-breakfast accommodations, but run the gamut from a spot on someone’s couch to a full seaside villa.

Many cities have also adopted regulations that offer greater flexibility, but still tackle core policy goals that their communities believe are valuable. For instance, a short-term vacation rental operator can rent up to 180 days per year without an on-site host present in San Jose. With an on-site host, a short-term vacation rental can be operated year-round. Philadelphia takes a different approach using fewer days and requiring a special license in certain cases. An operator can rent up to 90 cumulative days in a 12-month period without a special license. Between 90 and 180 cumulative days in a 12-month period, a short-term vacation rental operator has to obtain a special license and commit to owner occupancy of the unit.

Councilmember Burgess is sponsoring legislation that more closely resembles the legislative intent of cities like San Jose and Philadelphia. According to his office, most short-term vacation rental operators (about 80%) let their spaces 90 nights or fewer in a given year. The proposed legislation would therefore only add new regulatory requirements for about 20% of the operators in Seattle. Some of these short-term vacation rentals may have to shut down (e.g., multi-unit Airbnb condos and apartments) and others may only need to adjust their business plans to conform with the rules.

What the legislation would do

Under Councilmbmer Tim Burgess’ proposal, short-term vacation rentals1 would be regulated differently depending upon two factors:

Operators that would be subject to the Short-Term Rental Operator’s Licence would need to meet the following requirements:

For individual operators, the legislation would also clarify other requirements:

To further the goal of enforcement of the new regulations, the legislation would also require the cooperation of short-term vacation rental platforms like Airbnb and VRBO operating in Seattle. The draft legislation doesn’t cover this, but Councilmember Burgess’ policy briefs point toward rules that would compel the companies to share their data with the City and obtain company operator licenses. Reporting would be required on a quarterly basis to provide basic information like the names and addresses of registered short-term vacation rental operators and the number of nights that each operator has rented on the platform over the previous 12 months.

The legislation would also alter the regulatory framework for bed and breakfast (B&Bs) lodgings in order to bring those establishments more on par with short-term vacation rentals. Previous rules governing them like the amount of ownership interest in a B&B, restriction on non-family employees, minimum age of a residence required to establish a B&B use, and others would be repealed. However, no new B&Bs would be permitted, forcing new operators to enter the market under the applicable short-term vacation rental framework instead. In fact, the draft legislation would not recognize any new B&B uses that weren’t lawfully established3 before May 1, 2016 (though this date could change in committee). In single-family zones, newer B&Bs would be limited to five guest rooms whereas older B&Bs (established before April 2, 1987) in single-family zones or B&Bs in multi-family zones would have no limitation on the number of guest rooms.

What the legislation won’t do

No new taxes would apply to short-term vacation rentals. That’s because the City only has authority to institute a special tax (Convention and Trade Center Tax is 7.0%, in addition to the base sales tax) on lodging businesses if there are 60 or more rooms. Technically, all proprietors are subject to a business license and the basic taxes associated with procuring and renewing the license. The new legislation would require all proprietors to get a business license, but most won’t be subject to the Business and Occupation Tax (B&O Tax), which is only levied on companies with gross revenues at $100,000 or greater. The average homeowner won’t get anywhere close to that kind of annual revenue. In absence of a B&O Tax, short-term vacation rentals are only subject to the basic sales tax.

Councilmember Tim Burgess will discuss legislation a the Affordable Housing, Neighborhoods, and Finance Committee today (Wednesday, June 15th), a committee he chairs. A final committee vote on the bill is anticipated in July, allowing further consideration by the full Council sometime afterward.