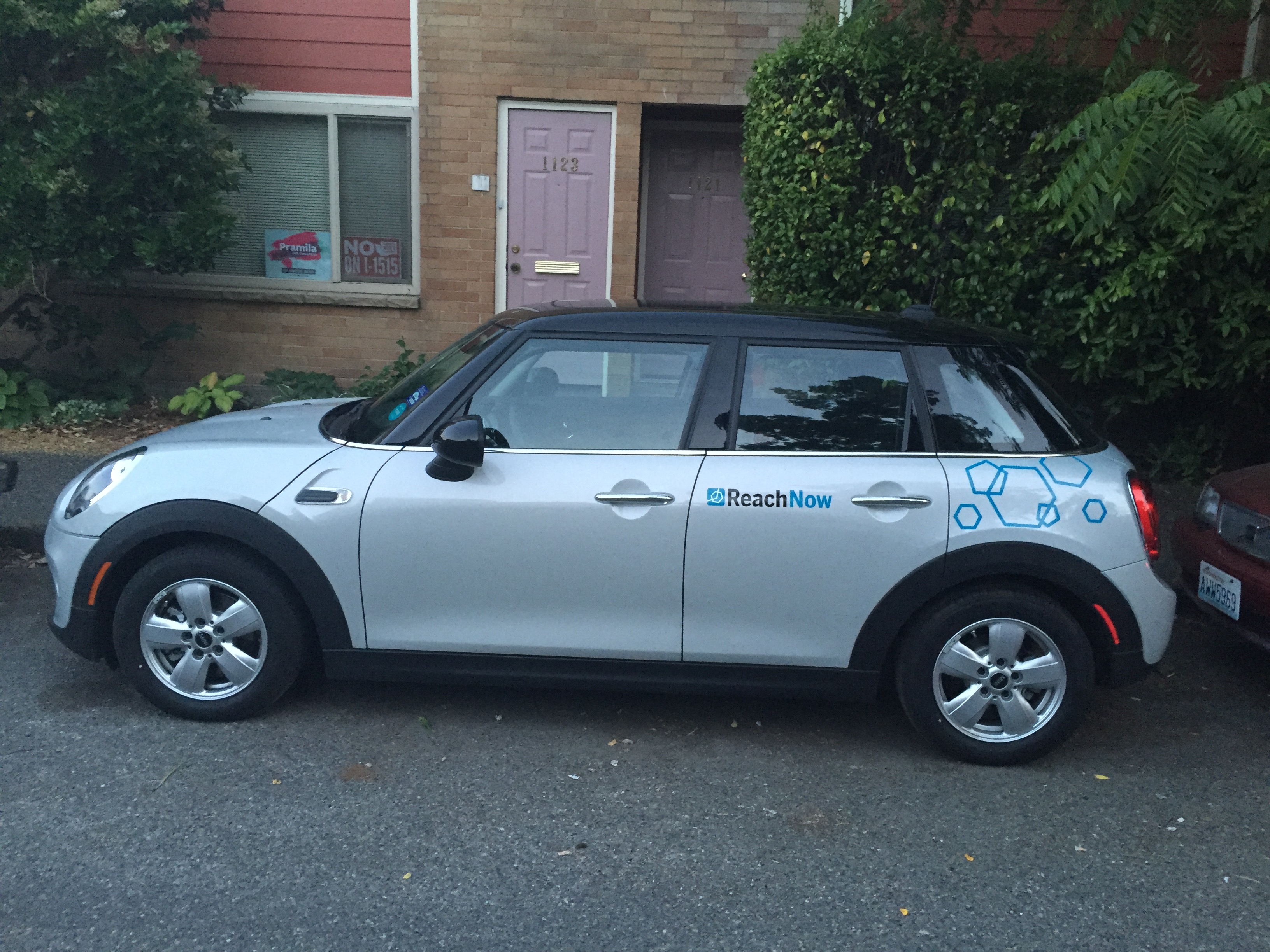 In an announcement yesterday, BMW’s Reachnow carsharing service is expanding its service area to cover all of Seattle and adding 180 new vehicles to their fleet. The move puts the company on equal footing with its major incumbent competitor car2go, which expanded its reach to all of Seattle last year. The 180 new vehicles translate to a fleet total of 700–50 short of car2go’s current fleet size.

In April, Reachnow entered the local carsharing market with 300 premium cars and a limited service area stretching from just north of S McClellan St to about NW/N/NE 105th St. Many raised concern that Reachnow was largely excluding communities of color and traditionally disadvantage areas from their service. But in June, the company expanded service to include further swaths of land in Southeast Seattle, and now essentially all of the city. The move follows car2go’s own piecemeal expansion over a three-year period, but in a much quick ramp-up. Under legislation adopted by the City in 2015, Reachnow would have had to expand service area coverage to all of the city within two years of entering the market.