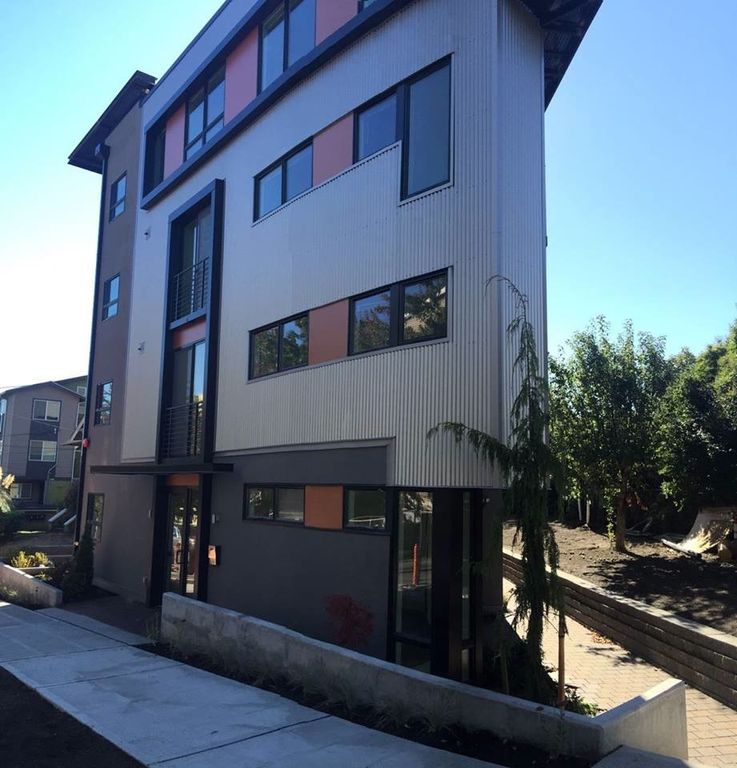 Yesterday The Seattle Times ran a story titled “Seattle’s newest apartments: ‘prison cell’ with no door for toilet.” It’s easy to channel righteous anger at housing intended to serve folks making well below the median income in Seattle–which has climbed beyond $80,000 for Seattle households. They can’t even close a door when they’re pooping! The horror!

The real villain here isn’t a building that offends the aesthetic taste of some. It’s the skyrocketing rents which means $750 per month can’t rent you a full size U District studio like it could seven years ago. But what can we do about that? The answer to that question is a lot more complicated. (Real actionable ideas might be found by attending the community land trust event tonight and by enacting the highest inclusionary zoning standard by passing the biggest upzones starting with the U District.)

So, instead reporter Mike Rosenberg spends the majority of his article looking down his nose at the whole microhousing enterprise, from the developer who built it to the bottom earning students who dare rent such a unit (to, you know, actually afford their housing while going into debt for their education). You’d think The Seattle Times had never seen a dorm room before. How many square feet did you call home while you were in undergraduate? Because I shared a dorm-room (a.k.a congregate microunit) with another student and it wasn’t any bigger and had a shared bathroom down the hall.

Rosenberg spent a paragraph saying “Across the city, rents have risen 41 percent since the start of 2013, according to Zillow.” Now that’s what’s shocking to me, not that some dude is going to be able to watch his living room TV while he’s taking a dump. And then it was back to microhousing shaming.

The other thing he gets wrong is that, while Seattle is a national leader in number of microunits, the pace of production has slowed and shifted to larger and generally more expensive small efficiency dwelling units (SEDUs) that include private kitchens. Microhousing architect David Neiman sounded the alarm arguing microhousing is effectively dead due to the new regulations the Seattle City Council and Seattle Department of Construction and Inspections (SDCI) imposed over the last two years.

Microhousing regulations are a bit of a bureaucratic maze, but one of the rules Neiman would like to see gone is the Director’s 70-7 Rule which requires living space to have at least 70 feet of “clear floor space.”  Kind of takes the efficient out of efficiencies, units that strive to place appliances and amenities close together rather than focusing on clear space. We should get rid of this rule. It never got a vote in council but was instead imposed capriciously by the SDCI. The council should overrule the agency to allow steady production of congregate units and other microunits.

So what’s the story with this new microhousing building in the U District? I guess that there’s no bathroom stall and it costs too much even though it’s much cheaper than almost any other option. That’s where we are at as a city.  Maybe we need to get a psychoanalyst to rid our city of its poop shame. Maybe that would allow us to overcome our aversion to micro-units and congregate housing.

Breaking news: some people are willing to share a bathroom so they can afford a roof over their head, even though they might choose a sparkling luxurious bathroom if money were no object. So unless we as a city want to pony up billions of dollars to build tens of thousands of affordable apartments with deluxe bathrooms for people who are unsheltered or struggling to make ends meet, we might want to stop crapping all over microunits. Some folks don’t have many housing choices, and ridiculing the choices they do have isn’t helping.

Update: The property manager said they’re adding a divider (either a sliding door or curtains) to give the bathroom some privacy and reported they’ve been getting lots of interest in renting the microunits.