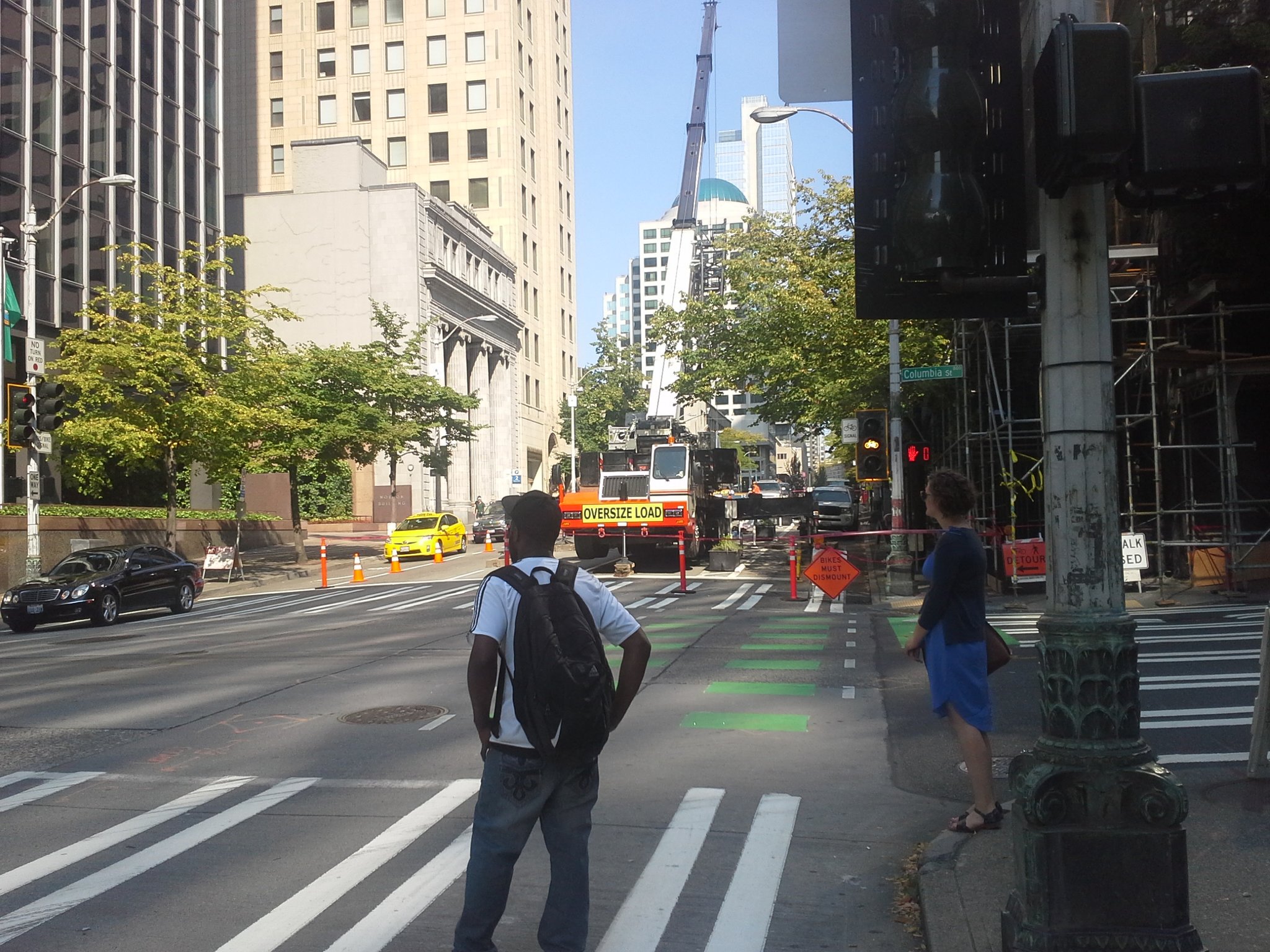 People for Bikes recently announced the results of their nationwide review of all of the new bike infrastructure that opened in 2016, with the top award going to a long-awaited Seattle project: the Westlake Avenue cycletrack. The Westlake cycletrack is a key piece of Seattle’s bike network that should help to revolutionize getting around on two wheels between South Lake Union and North Seattle. It’s really great–comfortable for all riders, even if the parked cars do seem a little too close for comfort.

While I agree that this project should get top marks, I have to award Westlake merely runner-up status in the 2016 bike arms race. My choice for the #1 piece of bike infrastructure that people get around via bike in Seattle could not do without? The sidewalk.

The sidewalk plays a key role in most Seattle bike lane designs. Even the Westlake cycle track depends on the sidewalk on its southern end, where riders are forced to choose between ending up on Westlake Avenue between dangerous streetcar tracks and safer 9th Avenue. If you want to travel east in South Lake Union from the cycletrack, the sidewalk on Mercer is probably your best bet, with the Mercer bikeway underneath Aurora going no further east than Dexter.

Despite our city’s Complete Streets ordinance, if there’s a major arterial that you need to use on your bike, there’s one place where you are going to feel safe riding, and it’s not in the street. 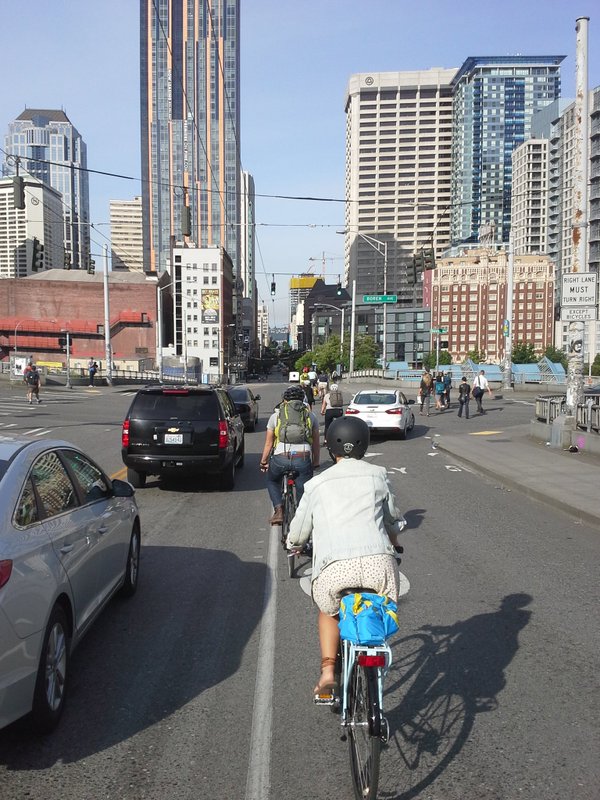 Of course, the fact that the sidewalk remains such a crucial piece of infrastructure indicates that our network is still very much splintered throughout the city. But good news! Thanks to the City Council, Bike Master Plan spending from the Move Seattle levy has been moved forward into to the 2017-2018 budget, $1 million in 2017 and $4 million in 2018. And that’s not the best part: in the budget language was added stipulating that the funding “would include a proviso requiring SDOT to develop a spending plan that emphasizes connecting existing bike facilities to create a citywide network before spending the additional $5 million.”

So, bravo on some successful infrastructure projects this year, SDOT. Let’s keep working in 2017, and see you on the sidewalk.