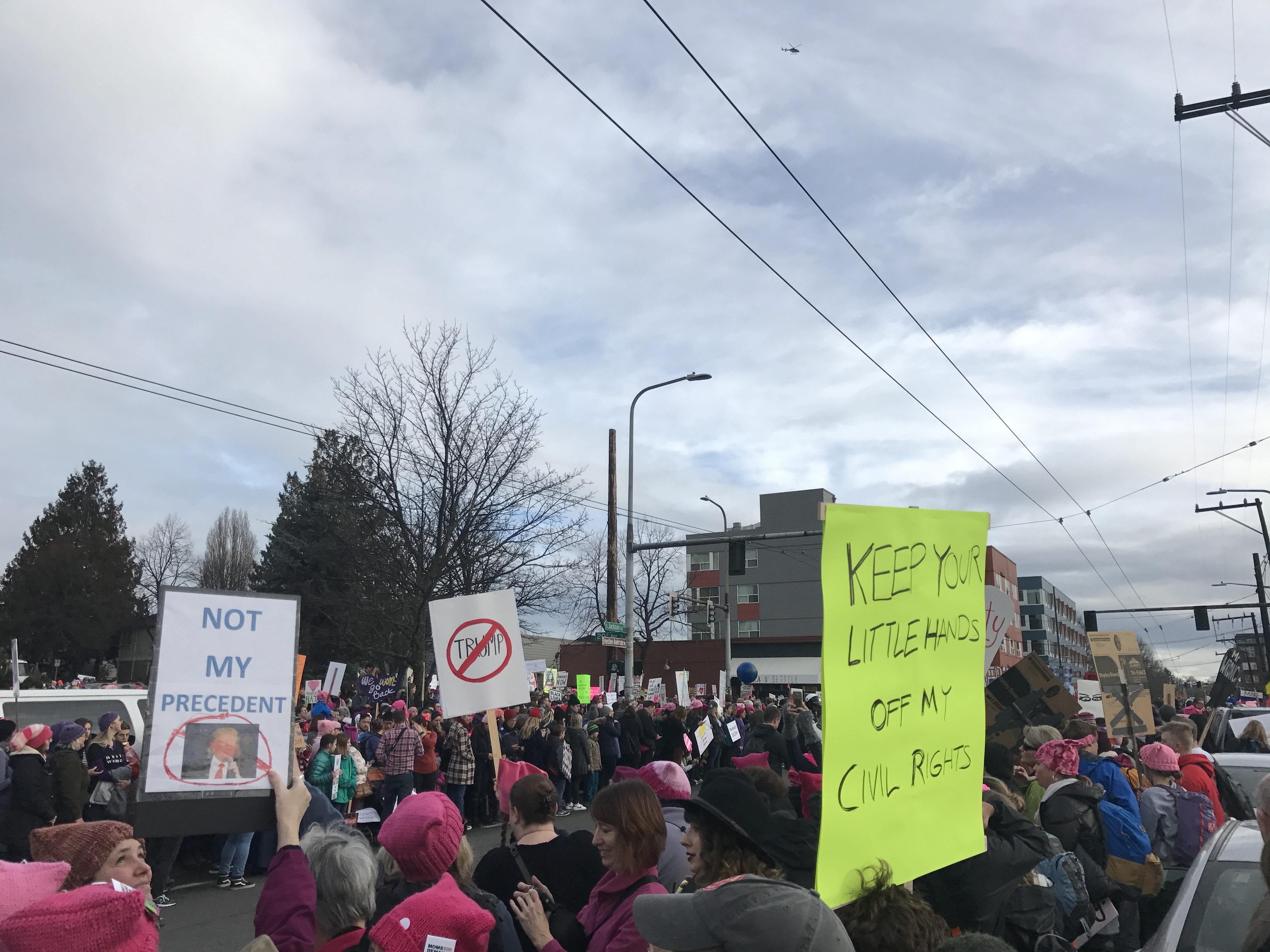 Saturday’s Womxn’s March on Seattle–with attendance estimated as high as 200,000–helped transit reach new heights in ridership. While it wasn’t a regional record-setter like the 2014 Seahawks Super Bowl Victory Parade, it did clearly register as a new weekend ridership all-time high for Link. Sound Transit reported 80,000 riders boarded light rail trains while Sound Transit and King County Metro Transit buses took another 250,000 bus boarding on Saturday. In December, Saturday ridership on Link was averaging 39,000 boardings, which indicates that the number of boardings were more than double normal. Bus ridership was up 70,000 boardings over a typical Saturday in autumn. The agencies say that more than 330,000 riders filled buses and trains in total on Saturday, which is about 50% above normal.

Ridership on bus routes was so high that riders were left standing at many stops long before the buses ever got to their endpoints, including Routes 5, 7, 8, 48, 44, and 62–just to name a few. Buses started passing up riders as early as 8am on some routes with seats and aisles fully filled with passengers. At 11am, the City of Seattle temporarily suspended the First Hill Streetcar to allow marchers to fully take Jackson Street. With marchers travelling on 20th Avenue, Jackson Street, and Fourth Avenue for more than three hours, bus service that would normally cross those streets were severely impacted, effectively truncating some and forcing others on particularly peculiar reroutes–including Route 40 travelling down from Capitol Hill, a route that normally would pass through South Lake Union to Fremont and Downtown for the same corridor.

Metro and Sound Transit worked hard to keep things going as smoothly as possible given the inevitable service disruptions that the march route would have. Metro even put on extra bus service to help speed marchers along to Judkins Park with a special shuttle running from Union Station to the park, and another from Seattle Center to Downtown. By all accounts, Saturday was a success for marchers who sought to voice their concerns and resistance to the increasingly Orwellian Trump administration.

Here are just a few reactions by local leaders and organizations on the march:

Yesterday was amazing! We take great pride in being able stand in solidarity with the city of Seattle and everyone around the world . pic.twitter.com/HzoRa8u2hR

This is Chanzell. As a Filipina, she says she's worried about how Trump's presidency will affect public safety for minorities. pic.twitter.com/BNnOomPFLD

The first step toward a responsive government is a message from the people. #WhyWeMarch #womxnsmarchseattle pic.twitter.com/EHB1zDGPNI

I've never seen a march this big in Seattle pic.twitter.com/uTEWWP7dC2

Busiest day ever on streetcar? pic.twitter.com/AfuAzhhCkK