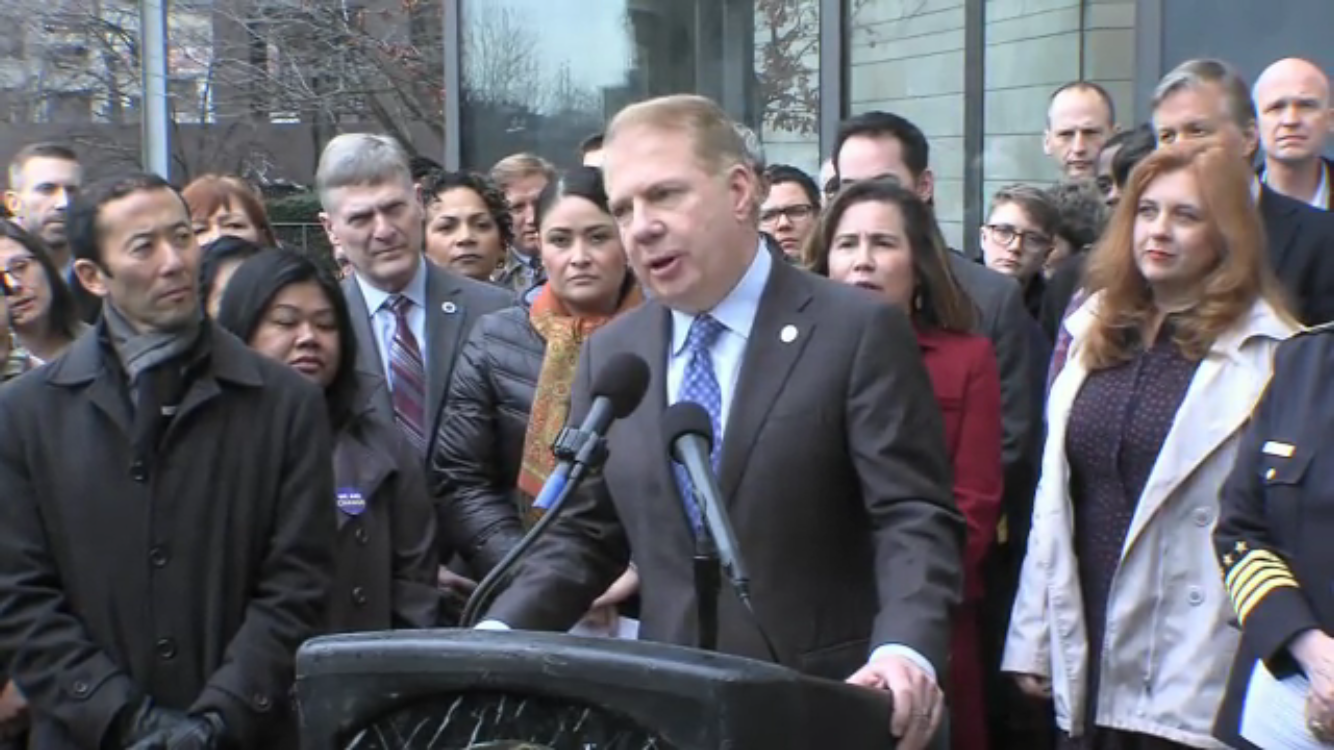 Donald Trump has increasingly exhibited tyrannical and despotic tendencies during his less-than-one-week control of the federal government. His opening salvo was presented in his inaugural address which revealed a horrifying agenda for America. Many of the themes he explored were similar to his highly racist, anti-intellectual, isolationist, anti-worker, and fear-mongering rhetoric on the campaign trail. On Friday, the National Park Service tweeted out comparisons between Trump’s poorly attended inauguration and former President Barack Obama’s 2009 inauguration shortly before the formal swearing-in. Trump demanded that the agency’s Twitter rights be taken away effective immediately, but that gag order didn’t last long with immense public outcry. By Saturday morning, the agency was back up and running.

Over the past few days, the Trump administration has turned its sights on disrupting government in many ways:

This, of course, is to say nothing about spreading lies of voter fraud, arguing for “alternative facts,” falsely charging journalists, and moving forward with highly fraught permitting review of two oil pipeline projects.

Today, Trump issued a broad executive order targeting immigration. The order demands that the building of a larger wall along the roughly 2,000-mile long United States-Mexican border be undertaken by the federal government, though it’s unclear where money would come to pay for the facility. The executive order also prioritizes hiring of 10,000 new immigration agents and threatens to cut off federal funding to “sanctuary cities” like Seattle. Trump is said to be focusing on further actions that would increase the number of deportations and block off refugees from entering the United States, particularly from North African and Middle Eastern countries.

Reactions to Trump’s hateful and ill-advised anti-immigration policies were met with stiff resistance and rejection from local and state leaders. “The state of Washington has a proud history of inclusivity, tolerance and compassion for all residents,” said Governor Jay Inslee in a statement. “Our diversity of people and cultures is a critical part of who we are, both as a state and as a nation. We will not let President Trump’s orders break faith with our state’s fundamental values….Any attempt to compromise the ability of our law enforcement agencies to focus on their job of keeping our communities safe will be resisted.”

The administration’s action against immigrants and refugees betrays the fundamental principle that has guided our nation since its inception: that we welcome people who come here fleeing tyranny, fleeing oppression, seeking a better life. We do not build walls. We demand that they be torn down. We do not ask people to show their papers when they report a crime or bring their sick child to a clinic. We do not push children and families into the shadows, and sow fear among our neighbors who may look or speak or pray differently than the majority.

King County proudly upholds the fundamental, self-evident truth announced at our nation’s founding: that all are created equal. We embrace the basic American value that we are a nation of opportunity for all. Immigrants and refugees are welcome here, and our region has acted decisively to become more inclusive, removing barriers to affordable housing, transit, and support to help children.

Before City staff and fellow Councilmembers on the steps of City Hall, Seattle Mayor Ed Murray passionately declared that “we will not be intimidated.”

Today is one of the worst days for immigrants in America since Japanese internment. Just days after hundreds of Seattleites volunteered to support more than 1,000 members of our immigrant community, President Trump sent a message back. He doesn’t respect our values and will exercise his power to threaten immigrants and our federal funding.

I want to assure Seattle residents that while they are right to be alarmed about President Trump’s divisive vision, they should not be concerned that this City will be bullied into stepping away from its commitments and values. The City of Seattle will continue to protect the rights guaranteed to the City and its people by the United States Constitution and will challenge any unconstitutional policies that threaten the security of our communities.

We are a nation of laws and we are committed to defending our residents, our values, and the Constitution in the court of law. We will not be intimidated.

As far as possible federal funding that might be curtailed if Trump is successful in his anti-sanctuary city endeavor, it’s not clear how much is at stake in Washington. Under federal law, there must be a nexus between what federal funding would be allocated to a recipient for a specific use and what the recipient is failing to do. In this case, sanctuary cities like Seattle are generally not assisting the federal government in identifying undocumented and “illegal” immigrants nor housing them in jails if they do know that such person may be in violation of federal law. As a result, it’s generally understood that the only money likely at stake is federal funding related to law enforcement activities. For Seattle, that could mean a $10 million hit for policing. Other buckets of funding like housing assistance, healthcare, and transportation likely couldn’t be impacted. The irony of this though is that taking away law enforcement money won’t help end the supposed “carnage” that Trump claims to want stopped.