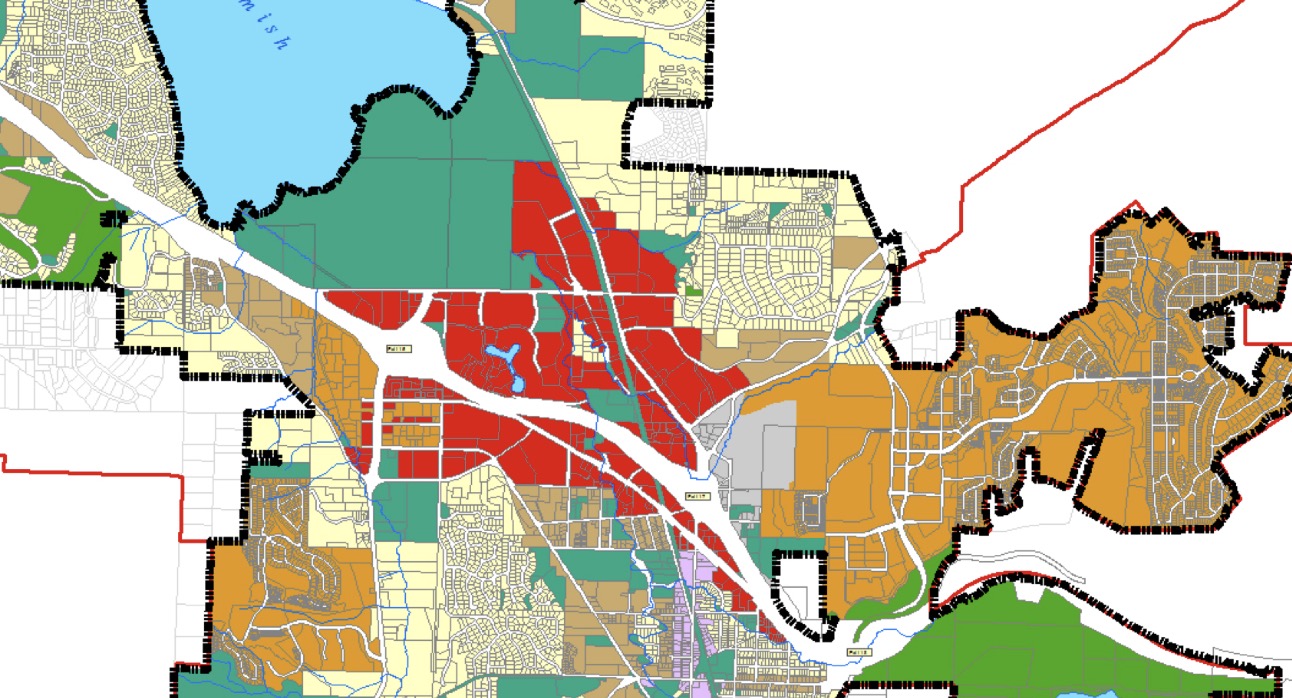 The Issaquah City Council extended its development moratorium for Central Issaquah by an additional six months. This would put the moratorium out as far as September 6th, with the next public hearing on whether to extend or end the moratorium scheduled for August 7th. The purpose of the extension is to give City staff time to complete six work items and report back to the Council with recommendations.

Some highlights from the update include the following:

For Vertical Mixed Use (VMU), an earlier studied commissioned by the City said the Central Issaquah market is “5~10 years away from supporting vertical mixed use.” Today, City staff will walk through three options:

Also on the docket on is the transfer of development rights (TDR) proposal in the Highlands, discussed here previously. The full council remanded the Agenda Bill back to the Land & Shore committee to:

Polygon’s representatives referenced the ‘social contract’ of the TDR process and objected to the Highlands Development Agreement being used as forum to decide on TDRs, suggesting blocking the proposed TDRs application will make future TDR creation less viable in the future. Polygon also tried to bifurcate the affordable housing proposal from the TDR proposal, perhaps concluding the affordable housing “sweetener” in the proposal was becoming a liability due to public comment.

From what I could tell, the Council pretty much ignored these arguments and focused on the one thing everyone cares about–traffic! Once it was highlighted that the traffic analysis was not complete, the council remanded the issue back to Land & Shore and extended the associated public hearing by 60 days.

Another item of note for readers may be the Sustainable Building Action Strategy presentation, which will kick off the meeting.

The Land & Shore committee meeting will be today (Thursday, March 2nd) at 6.30pm at Council Chambers in City Hall South. Meetings are live-streamed through ICTV 21, issaquahwa.gov/ictv, or viewed later on the city’s YouTube channel.