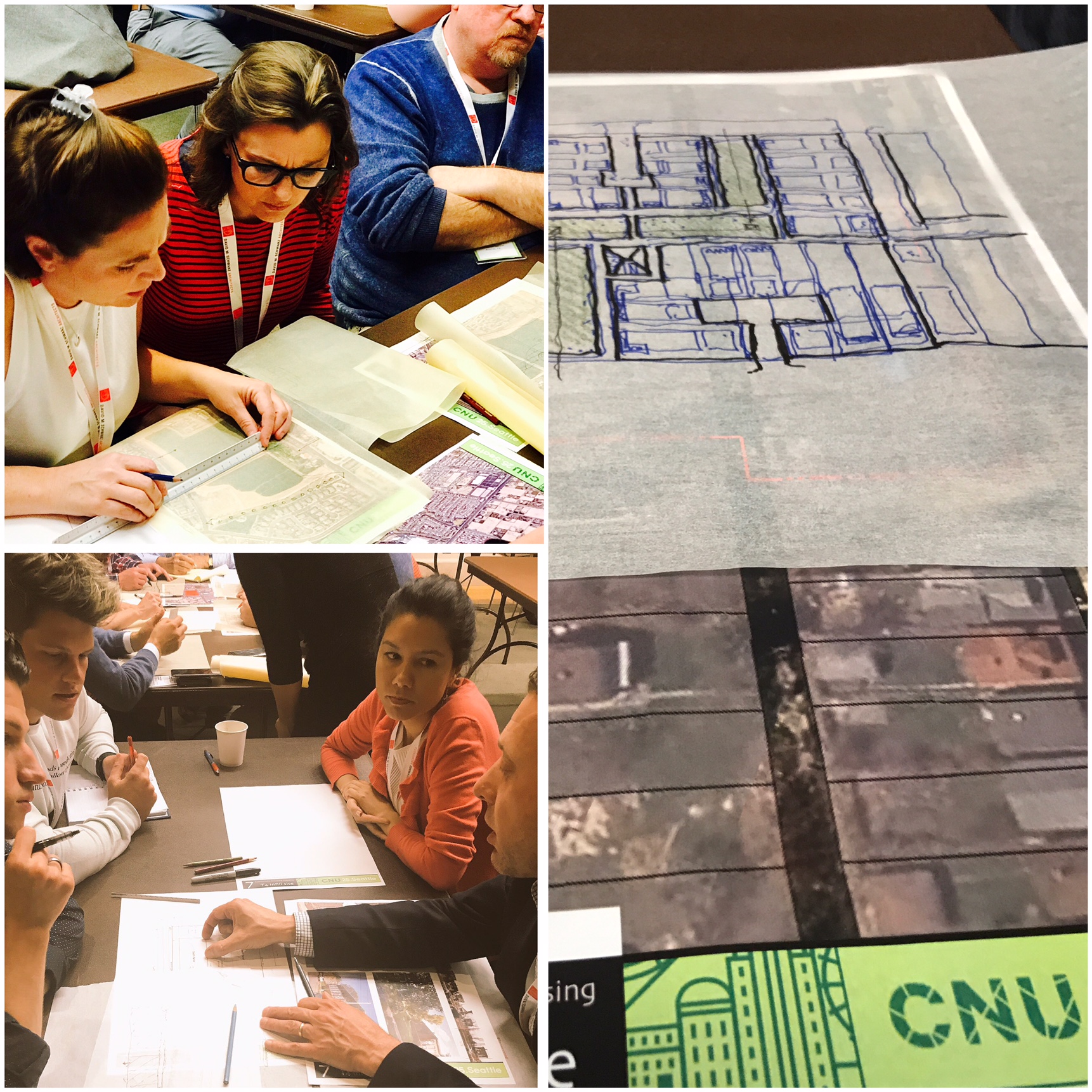 About fifty Congress for the New Urbanism conference attendees came together to learn about Community-Oriented Housing on the first full day of CNU25. The workshop, subtitled “Living at the Scale of Sociability,” was designed to engage developers, architects and other building professionals, in a hands-on lesson about creative, community-centered housing solutions.

From the CNU program, the session is described as follows:

Between developer-driven housing and resident-driven cohousing lies a market that is not being tapped. Across all age groups there is a rising desire for community-oriented living, especially in walkable neighborhoods, yet the demand is left unmet.

On one hand, developers of incremental small-scale residential projects can be skittish about getting involved with community dynamics, leaving the new residents on their own to figure out the community part. On the other hand, pioneering cohousing wannabees are trudging through a grueling process of land acquisition, entitlement, financing, site planning, design and construction–with many falling to the wayside before opening day.

There is a middle path to delivering and engaging healthy community housing. 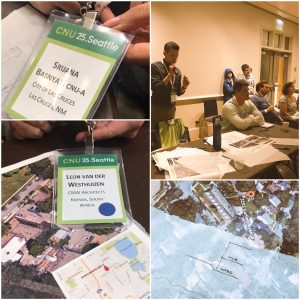 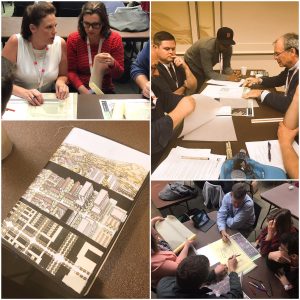 The most exciting part of the workshop was listening to the complex, fruitful and lively dialogues between attendees. They were given a parcel of land to develop and less than an hour to discuss and sketch a housing community. Locations included Bainbridge Island, WA, Detroit, MI, rural Georgia, Arizona suburbia, and more! Many of the groups focused on the concept of Pocket Neighborhoods. According to the website backing the concept, “pocket neighborhoods are clustered groups of neighboring houses or apartments gathered around a shared open space–a garden courtyard, a pedestrian street, a series of joined backyards, or a reclaimed alley–all of which have a clear sense of territory and shared stewardship.”

My favorite project focused on preserving a fantastic building in Minnesota and incorporated live-work spaces and attached duplexes. 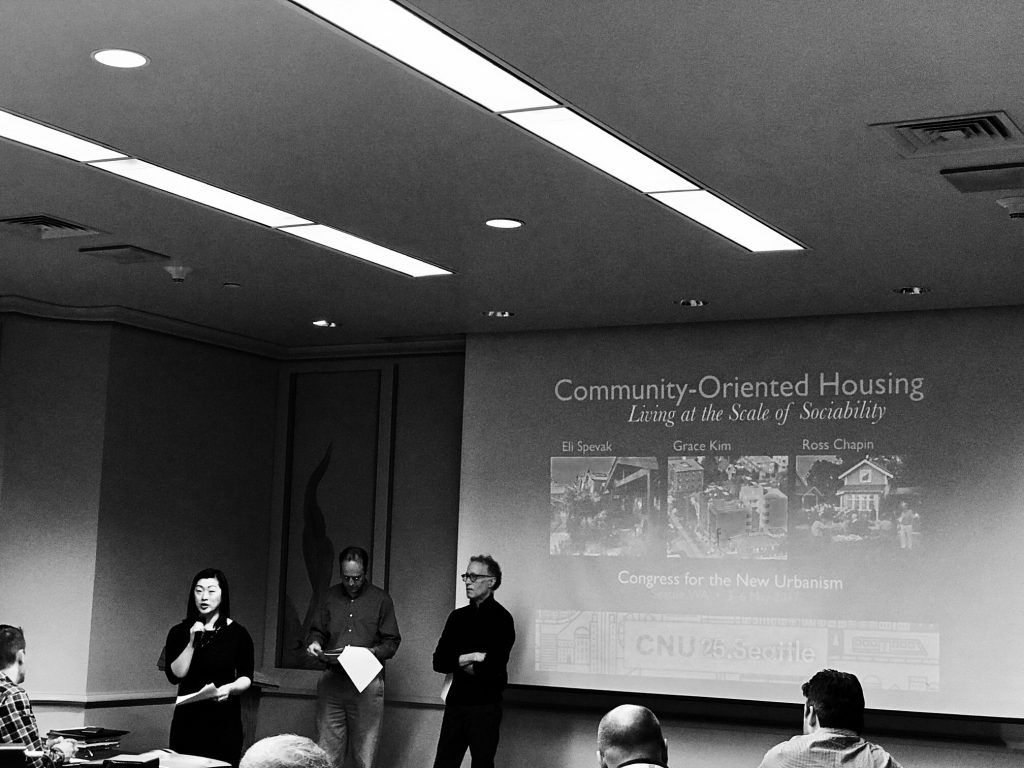 Here are seven key takeaways from the workshop: