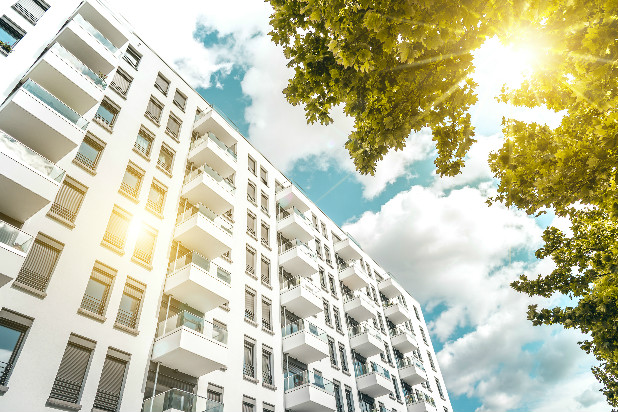 Density is a controversial subject in virtually all American communities. While some districts and communities are seeking more density to promote economic revitalization and a host of other progressive goals, density is more often a thing to be feared. Many think that density is simply ugly: more and bigger buildings, more asphalt and concrete, fewer trees and green space, less sunlight and privacy, and even less air to breath.

But with a finite amount of land to house us, communities all around the globe have come to understand the need and benefits of density (saving land and energy use, for starters). Here in Washington State, the Growth Management Act dictates that cities plan for anticipated growth, which, in many cases, means more density in areas with the infrastructure to support it.

Zoning codes all regulate density in some form. Single-family districts include lot size minimums. Multifamily districts often include a maximum number of dwelling units allowed per acre. Major political battles often erupt when density increases are proposed. Community members may fight against a proposed density number, but often they don’t know what it looks like.

Over the past few years, I’ve conducted a slideshow and discussion on density to planning commissions and committees in multiple cities. The major conclusion of the analysis is that perceptions on density depend on design. As author Julie Campoli noted in her 2007 book, Visualizing Density, people tend to overestimate the density of monotonous, amenity-poor developments and underestimate the density of well-designed, attractive projects, thereby reinforcing negative stereotypes.

This article shows examples of various densities in Washington State communities and closes with a summary of design elements that help to make density more compatible.

Clarification of Gross Versus Net Density

Gross density measurements are often best used when looking at large developments that are likely to have internal roads and open space. Net densities are often more appropriate for neighborhood infill situations. The graphics below, courtesy of GGLO, help to explain the differences. 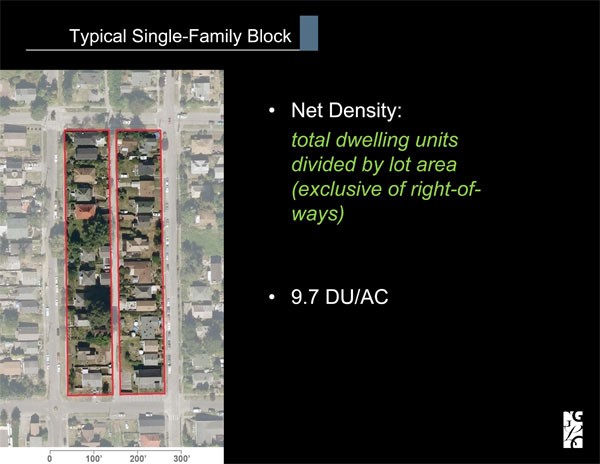 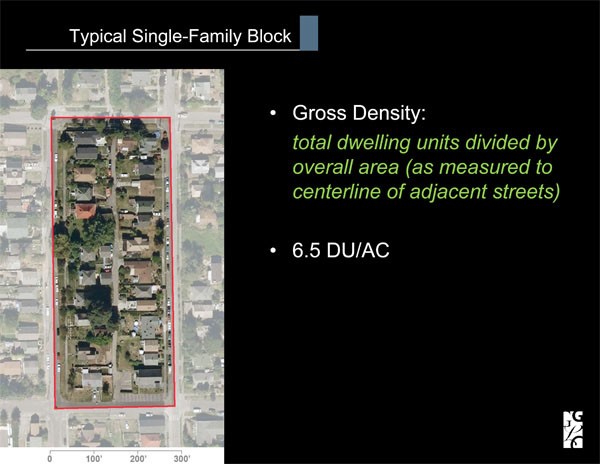 Notable features: The lack of street trees combined with a prevalence of garages and driveways. The city’s new standards, however, reduce street widths, include wide planter strips and street trees, and de-emphasize the garage in the design of home fronts.

Notable features: Traditional streetscapes with sidewalks, planter strips, street trees, covered entries, and a diversity of architectural styles. Access to garages is provided by an alley behind the single-family houses.

Notable features: Traditional streetscape with sidewalk, street trees, shallow front setbacks and front porches. The courtyard-access lots behind the street-fronting homes add density, but its density that’s largely screened from the street. Note that the second row of homes at the top and bottom of the image are accessed by private lanes.

Notable features: Consistent setbacks, shallow porches, minimal setbacks between homes, and alleys with driveway space in back. The monotonous layout and design, combined with the lack of usable open space for residents, led to updates to Lacey’s zoning and design standards.

Notable features: Traditional streetscapes, a combination of front- and alley-loaded dwellings, and strategically located, common open space. The numbers below refer to duplexes (2) and triplexes (3). The remaining structures are single-family homes.

Notable features: Single and double-single family lots redeveloped with condominiums. Each building contains between three and seven units and has front-loaded parking at the street level beneath the dwelling units. All are built within a strict 30-foot height limit; hence, the flat roofs.

Notable features: A cluster of single-family homes integrated into surrounding neighborhood with alley and internal auto-court access, private garages, a large cedar tree, and a manmade stream running through the site.

Notable features: The whole block site transitions from four-story buildings with ground level retail to townhomes that rise only one level above the street at the northwest corner of the site. While the L-shaped, mixed-use apartment building is over 100 dwelling units per net acre, the surface parking area and townhouse building bring the block’s average density down to 59 units per net acre.

Notable features: This mixed-use project now under construction features 41 studio apartments averaging only 430 square feet. The trend in smaller units in urban areas results in a much higher density count than would be assumed in looking at this four-story building. It replaces two single-family homes and features only eight parking spaces but will be within walking distance of a future light rail station.

Some quick observations about the examples above and key elements that make them appear more or less livable or attractive.

Good streetscape. Since the most common perception of cities is from our view at street level, the quality of the streetscape in front of the buildings makes perhaps the biggest impact in humanizing developments and softening the hard edges of buildings. Street trees are present in all of the examples above, except the very first example in Ellensburg, and it’s notable that new streetscape standards for Ellensburg now require planting strips with trees! The mixed-use building photos above were all taken during the wintertime. Summertime photos from the same vantage point would certainly soften the edges of those buildings!

Vehicular access elements. Streetscapes dominated by views of garages tend to create more of a dehumanized setting. While they may not necessarily make a streetscape feel more dense, the garages certainly degrade the visual character. The Issaquah Highlands examples above are particularly successful in locating and designing garages and driveways in a manner that minimizes their visual impact on the streetscape.

Building design. There are a number of building features that can impact a person’s perception of the building.

This article is a cross-post that originally appeared on MRSC Insight Blog.