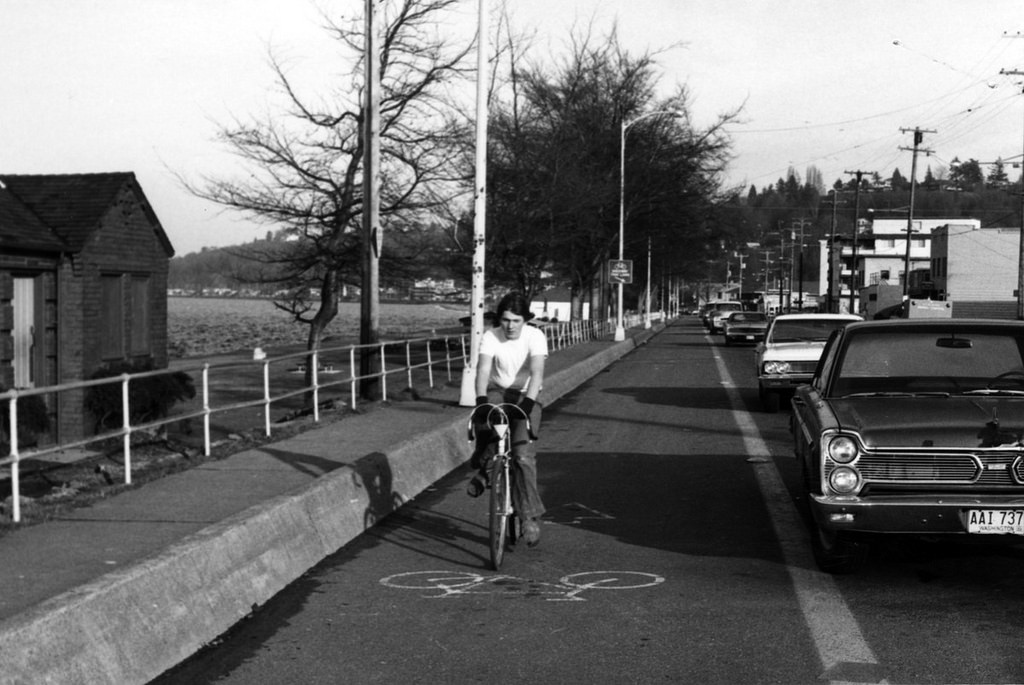 Washington state now has a new bicycle safety advisory council responsible for studying trends on bicycle-related injuries and fatalities across the state. Governor Jay Inslee (D-Washington), a champion of safe streets and avid bicyclist, signed Senate Bill 5402 into law this morning surrounded by bicycle and safe streets advocates. More than a dozen representatives with varying expertise will sit on the advisory council and be responsible for identifying and developing strategies to reduce and eliminate bicycle-related injuries and fatalities. The first annual report summarizing recommendations by the advisory council is due out late next year. A likely outcome from that is new policies and programs being implemented by the Governor and Legislature. The advisory council, technically, is only authorized through June 30, 2019, but with any luck its trial period will be extended in future years to a permanent advisory council.

Senator Marko Liias (D-Lynnwood) was the primary sponsor of legislation creating the body, which garnered broad support from his colleagues and passed both houses of the Legislature in April. “About 400 Washingtonians every year suffer bicycle-related accidents, a number that continues to rise,” Senator Liias said upon initial passage of the bill in the Senate. “When cars collide with bikes, nine times out of 10 it results in an injury to the cyclist. This is a terrible trend that we must reverse.”

The bill that Senator Liias sponsored is a tribute to the legacy of Cooper Jones, a young boy who perished on Spokane streets from riding his bike. His tragic death spurred a major shift in bicycle and pedestrian safety priorities in Washington with the adoption of the Cooper Jones Act in 1998. Cathy Tuttle, Executive Director of Seattle Neighborhood Greenways, recounted his story and her vision for safe communities to walk and bike in:

Cooper Jones was just 13 when he was hit and killed while riding his bike. His parents turned their grief into action. They worked with Washington Bikes and safety advocates all over the state to build ever more robust policy and programs to protect people who bike. Cooper was killed in 1997.

Twenty years later, people who ride bikes are still disproportionately represented in serious road injuries and fatalities. Why is this?

The newly empowered Cooper Jones Bicyclist Safety Advisory Council, made up of police, engineers, researchers, and advocates will find out why. They are tasked with moving the needle ever closer to safe streets and Vision Zero.

Let’s not wait another 20 years to make riding bikes a rational, safe, and wonderful way to travel. I share a vision of being able to bike almost anywhere–through downtown Seattle, throughout our local and San Juan Islands, across the state to Eastern Washington–without fear of being killed on the road. The Cooper Jones Bicyclist Safety Advisory Council will make this vision happen sooner.

“In Washington state, bicyclist fatalities and serious injuries make up 7.2 percent of all traffic fatalities and serious injuries,” said Alex Alston, the state policy director for Washington Bikes. “The risk is disproportionate for people who bike compared with other modes. SB 5402, sponsored by Senator Marko Liias and five other Senators, establishes the first interdisciplinary panel dedicated to examining causes of serious injury and death for people who bike and providing subsequent recommendations for prevention to the legislature. Through this Council, Washington Bikes looks forward to working with a diverse set of stakeholders to improve bicycle safety for all users.”

Washington has long been known as the most bike-friendly state in the union. Much of that has to do with safety education, enforcement of laws, and progressive legislation and policies. But a lot of it also has to do with better infrastructure across the state increasingly making it safer to walk and bike. With the creation of the Cooper Jones Bicyclist Safety Advisory Council, however, there’s a good chance that increased safety could be kicked into high gear the Vision Zero goal of zero traffic fatalities and serious injuries statewide within in the coming years.