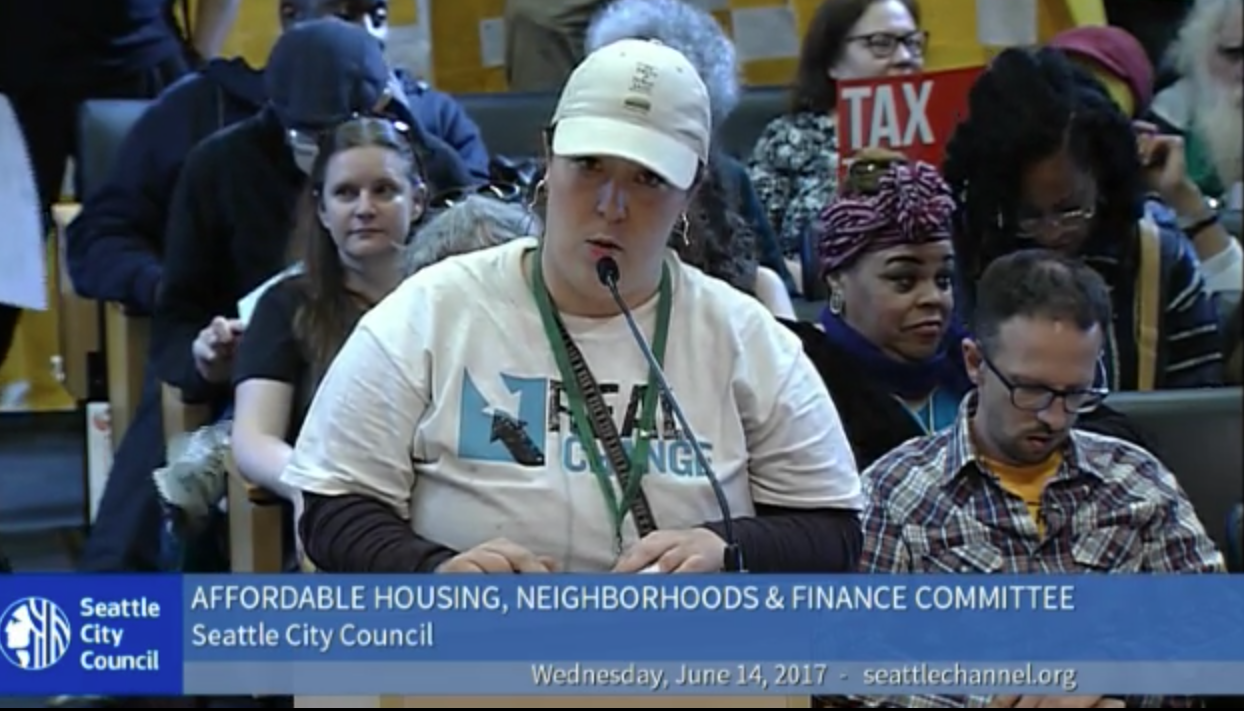 Seattle is considering an income tax on high-income earners that could go in effect early next year. The idea for an income tax is not a new one. Voters in 2010 had an opportunity to pass one (Initiative 1098) statewide on high-income earners and reduce property tax limits and business and office taxes; it passed in Seattle, but failed across the rest of the state. In recent years, the idea of instituting one in Seattle has been kicked around in response to the regressive tax and revenue structure in place.

How an Income Tax Became a Popular Idea

Measures to fund affordable housing, transportation, veterans services, libraries, and healthcare have repeatedly relied upon a combination of revenue sources, such as property taxes, fees, and sales taxes. Of those three, property taxes are generally considered to be the most equitable source since its more closely tied to wealth. Some sources like a hotel tax and capital gains tax remain out of reach as funding tools for general local governmental services. Others like impact fees on new development remain unimposed and limited in scope for the types of capital facilities that can be funded through them.

Earlier this year, a coalition called “Trump Proof Seattle” began a push for a city-wide income tax to backfill likely future federal funding cuts from the Trump administration. The income tax could also be used to supplant more regressive funding sources over time and help fund other local priorities. The effort has gain significant support from a spectrum of organizations–including The Urbanist–and is being seriously considered by the Seattle City Council.

On Wednesday, the Affordable Housing, Neighborhoods, and Finance Committee met to get an early briefing on progress by Council Central Staff and city officials developing legislation for an income tax. Councilmembers at the meeting were engaged in the briefing raising various questions on the draft legislation throughout. The draft remains an incomplete piece of legislation, but provides a window into how the income tax would be designed and key decisions facing policymakers. After the briefing, the floor was opened up for public comment lasting nearly two hours with most expressing favorability toward an income tax.

In the weeks ahead, Council Central Staff will work to address elements of the proposal that are missing, such as other categories of tax filers, and seek to approximate the expedited timeline that the Seattle City Council set for itself in adopting an income tax ordinance, which was originally envisioned to be by mid-July.

However, SCC Insight, a local blog by Kevin Schofield following all things Seattle Council, raised some flags on the draft ordinance last week. Some of the issues that SCC Insight asserted were instances of possible overreach and serious allegations of due process rights violations, but others were general questions of policy like implementation timing, staffing resources, and vague provisions.

It states what the tax rate is for only three of the five categories of “filing status” listed on the IRS form 1040; it says nothing about the other two.

The list of potential uses of the revenues also includes “creating green jobs.”  This is well-intentioned, but also so vague as to be almost meaningless in a law.

The Director of FAS has the power to “adopt, publish and enforce rules and regulations… for the purpose of carrying out the purposes and provisions of [the tax ordinance].” It says nothing about the process by which those rules are defined, published, open to public comment, reviewed, and finally adopted, which means by default it’s the same rulemaking process FAS uses for everything else it does–like homeless sweeps.

Details of the Draft Ordinance

A draft ordinance points to a 2% tax on gross income (Line 22 of an IRS 1040 Form) for any single resident living in Seattle making more than $250,000 or $500,000 for married couples when filing taxes jointly. The threshold would be adjusted annually based upon fluctuations in the Consumer Price Index.

However, the income tax would not apply to total income. Like most income taxes, taxpayers subject to the income will be exempt up to the threshold amount and then pay taxes only on the portion above the threshold. So consider a resident who would file as a single individual with an income of $275,000. That individual would be taxed on only $25,000 of income and owe $500, which makes the effective tax rate 0.18%. Similarly, a married couple filing jointly with $750,000 would pay taxes on $250,000 of income, which would amount to $5,000 in taxes and effective tax rate of 0.67%.

Initial analysis by the Council Central Staff suggests that less than 5% of households (approximately 8,500 households) would be affected by an income tax with that kind of threshold. Seattle, however, would net significant tax revenue estimated to be approximately $125 million in the first year. The income tax would be assessed on all income from January 1, 2018 to December 31, 2018, and due the following year on tax day, which is April 15, 2019. Future years would follow the same pattern consistent with the federal income tax system.

The Department of Finance and Administrative Services (FAS) would be responsible for administering the income tax, which is a natural department for the job given that they already process business license taxes for tens of thousands of businesses in the city. FAS would also have to develop specific rules to implement the tax, an aspect of the ordinance with which SCC Insight expressed concern.

Income taxes though are not necessarily a stable source of revenue–not than most are anyway–since wealthy income-earners may choose to move away or could be affected by economic conditions such as booms and busts. So using proceeds from the tax should be considered carefully. Conceptually, the draft ordinance proposes five key uses of income tax revenue:

A significant portion of the draft ordinance focuses on administration the law, such as providing an quasi-judicial appeal process, enforcement of the law, options for payment of the tax, amnesty, and penalties. The draft ordinance would also create procedures for dealing with overpayment of income taxes and refunds and protecting taxpayers’ tax returns from public disclosure. Importantly, residents would not need to file a tax return to the City of Seattle if they do not exceed the taxable income threshold.

In the next several weeks, legislation for a city-wide income tax will shape up through the City Council review process. However, while the law is tentatively planned to go in effect in the new year, it is expected the law will be challenged in court, which could take some time to work its way through the judicial process. Advocates believe that the law will prevail since it is designed to comply with state law which prohibits a tax on net income–Seattle’s law would be a tax on gross income–and that the Supreme Court will toss out a shaky precedent on constitutional “uniformity” of taxes. But others remain skeptical of legal success.