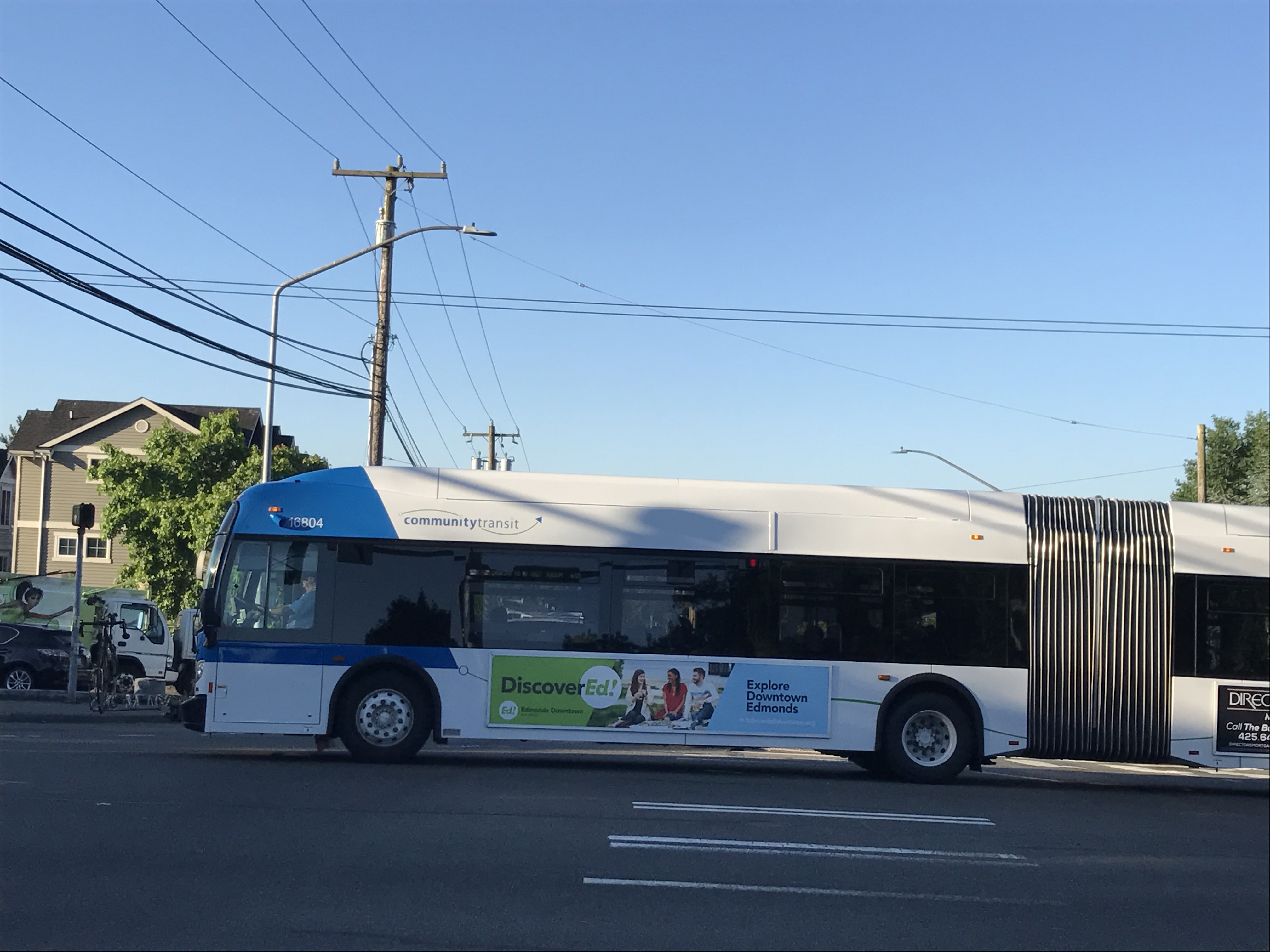 Community Transit recently released a draft of the agency’s Transit Development Plan (TDP) that charts out transit operations and investments through 2022–and arguably 2023. The draft plan highlights substantial system and operational growth in the years ahead, including new Swift bus lines. Service restructures, increased frequency, and improved span of service are all baked into the overall plan. Over 136,000 service hours would be added over the next six years, which builds upon a baseline of the 375,000 current service hours, bringing the transit agency to over 511,000 service hours by the end of 2022. In real terms, this would amount to a 36% increase over 2016 service levels–and perhaps more notably, a 55% increase over 2015 service hours. Community Transit’s proposed service growth is made possible due to a mix of buoying post-recession tax receipts and an increase to the sales tax that voters authorized in 2015.

In the pre-recession era, ridership and service hours were markedly different from today. Community Transit peaked with nearly 12 million boardings in 2008, but community-wide job losses and cuts in service hours in the years following led to a bottoming-out in 2012. Since then, the transit agency has been incrementally adding service and ridership gains despite desperately low gas prices. In the years ahead, the agency projects dwarfing the 2008 ridership record by 2019 and then rocketing to new highs throguh 2022. Likewise, the transit agency is charting out a path that would surpass record highs in service hours, too.

To get there, Community Transit has crafted a plan that touches on three core themes for growth and service enhancements:

Programmed Improvements Through 2022 and Beyond

We already know definitively what Community Transit plans to do through early next year. In March, the transit agency added 7,700 service hours that sought to improve daytime service on weekdays and add extra nighttime service on weekdays and Saturdays. In September, Community Transit will add 17,227 service hours to existing commuter routes and midday Sunday service on local routes, deploy a new route between Paine Field and Lynnwood, extend the length of three bus routes, and adjust the routing of two routes. Then in March 2018, the transit agency plans to deploy 1,474 service hours to expand span of service on Sundays for local routes.

In the years ahead, Community Transit plans to do even bigger things. Starting out with the September 2018 service concept, the transit agency hopes to deploy 6,700 additional service hours which focus on extending span of service on local routes and adding more trips on Swift and local routes. In fact, the added trips to the Swift Blue Line would bring it back to a frequency of every 10 minutes during daytime weekday hours. The following service change in March 2019 will unleash 42,900 new service hours with nearly all of it going toward the launch of the Swift Green Line from the Seaway Transit Center (Paine Field) to the Canyon Park Park-and-Ride (Bothell) via Mill Creek. This will mark the second Swift line operated by Community Transit. Procurement of buses, final permitting, and construction of bus facilities, and installation of transit signal priority is underway for the Swift Green Line.

The following September 2019 service change is anticipated to focus on improving existing service. Approximately 6,500 service hours are forecasted for investment, which would help add trips and adjust schedules to existing routes. After that point, things become less clear. However, Community Transit estimates that 54,000 service hours will be available for investment across three-year timespan from 2020 through 2022, adding about 18,000 service hours per year.

The draft TDP indicates that typical investments in additional trips, increasing span of service, improving weekend service, and improving connections and schedules will be a focus of the 2020-2022 timespan. Other investments, though, could include new routes and restructures to better integrate local service with the new Swift Green Line.

More broadly, Community Transit will take a deeper look at Swift line investments and how they can support the light rail spine. In 2023, Link will begin serving stations in Shoreline, Mountlake Terrace, and Lynnwood, but with the existing Community Transit route structure, only local and commuter routes would serve the future stations. One option that the transit agency has floated is a new Swift Orange Line, which would begin service in 2023 and provide direction connections to Lynnwood Station, Swift Green and Blue Lines, Ash Way Park-and-Ride, and Edmonds Community College. A feasibility study on the line will start this year and help determine its routing. Another option would extend the Swift Blue Line from Aurora Village in Shoreline to the future NE 185th Street Station on I-5. It is likely that both Swift proposals will move forward.

In the draft TDP, a conceptual Swift expansion map highlights other prominent corridors that could receive the Swift treatment. These include:

Some of the Swift expansions amount to upgrades of existing routes, like the Everett-Smokey Point corridor which today is effectively the northern half of combined Route 201/202.

Notably absent from the draft TDP are changes related to the introduction of light rail service at Northgate Station, particularly as they relate to commuter routes and ST Express service to Seattle. Riders and transit enthusiasts keenly familiar with the Community Transit route and service structure might wonder why that is. Community Transit spokesperson, Martin Munguia, explains:

The main reason we’re not looking at truncating commuter service at Northgate is that there is no capacity in any current plans for us to bring buses to the Northgate Link station (we have more than 200 trips a day to/from Seattle/UW).

This was not envisioned when the Northgate Link station was designed and it seems to be a large hurdle to clear at this late stage. Plus, if we did take service to Northgate, it would only be for two years until Lynnwood Link opens, so we’re not in favor of establishing a potential new market that we would withdraw from shortly afterward.

Our future plans are to realign our commuter service in 2023 when Link reaches Snohomish County.

The current expectation is that service hours from that commuter service will be combined with any other network restructuring (local route changes) and increased service capacity due to rising revenue collections to fund the bus-Link connections.

Later this year we will take an updated 20-year plan to our Board for consideration. That will present the first look ahead at our integration with Link light rail, both at Lynnwood and Mountlake Terrace, and in Everett. It is likely that service hour forecasts and early network redesign discussions will take place in the 2020 timeframe.

Other Notable Highlights from the TDP

Buried in the draft TDP are few nuggets that riders and transit enthusiasts might also find of interest. These include real-time arrival information, paid parking, and electric vehicles.