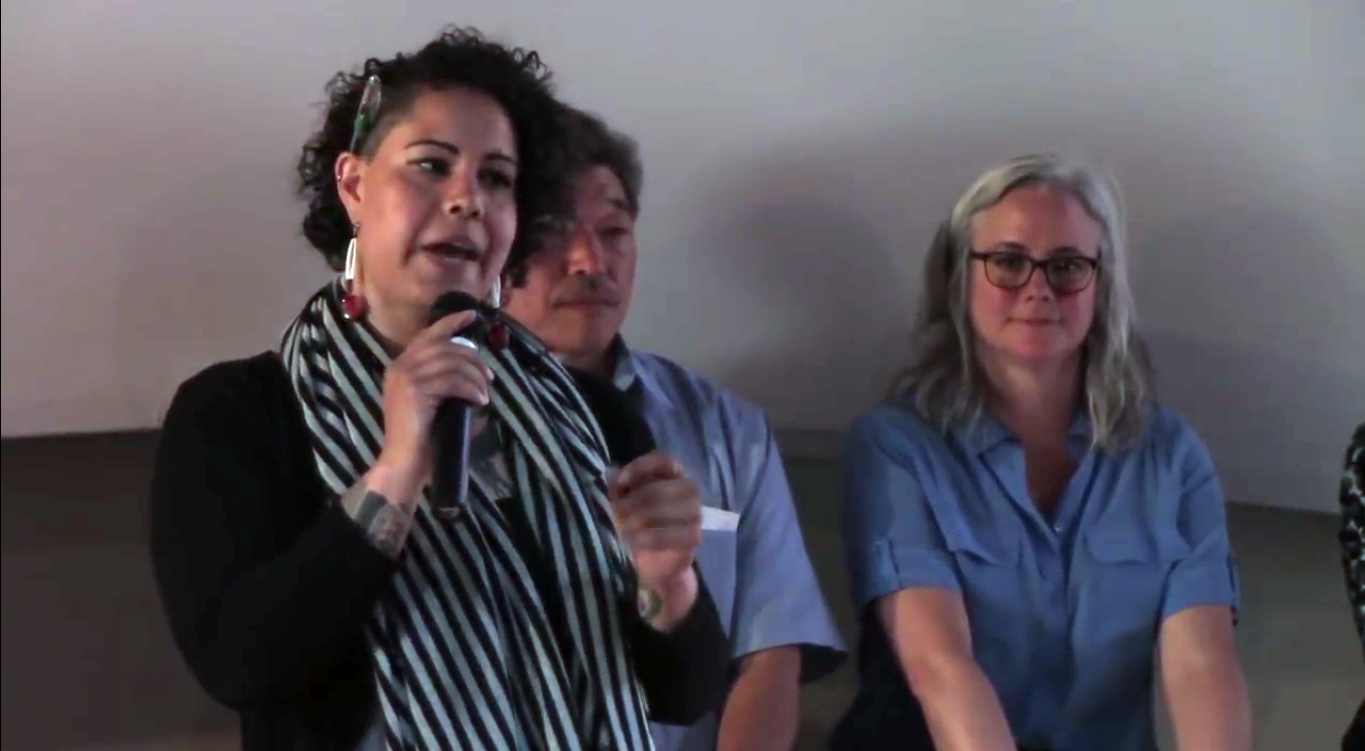 The Urbanist has endorsed Cary Moon for mayor, and we’re excited about the big changes she’d bring to Seattle. But Moon is not the only candidate who promises a break from the status quo. Nikkita Oliver is running on a platform that aims to center the most marginalized Seattleites, a commitment that has brought national attention to her campaign.

By longstanding policy, The Urbanist focused our endorsement on Moon’s positive attributes and policy positions, rather than making a case against her opponents. Considering everything that Oliver and the Seattle People’s Party (the independent party that is supporting Oliver’s campaign) represent, I personally would have had a hard time telling people to vote against Oliver.

In her interview with The Urbanist‘s election board (of which I’m a member), Moon impressed us with her policy knowledge and nuanced vision for the city. We regret that we didn’t get a chance to interview Oliver, though we understand that candidates–particularly those who have to keep their day job to pay the bills–have a hard time fitting in all the interview requests they get from publications and political groups.

Like The Urbanist, the Stranger endorsed Cary Moon. Charles Mudede, who co-authored a series of articles on the housing crisis with Moon, offered a compelling case that Moon stands out because of her cutting economic analysis:

The good news is there are many other ways of thinking about how wealth is generated and distributed in a society, in a city, in a lifetime. And only one candidate in the current mayoral race has a grasp of this fact, knows about and carefully considers the economic ideas that have been banished from almost all prestigious economic institutions. That person is Cary Moon. She knows that economics is not economics, but neo-classical economics, and applies this understanding in her solutions to the housing crisis. It’s not only what separates her from other candidates, but market urbanists, who have no idea that they are regurgitating a law, Says law, that’s not only old but was dismantled by economists of the Great Depression, but returned in the form of the efficient market hypothesis—a key concept of neo-classical thought.

Some critics have tried to reduce Moon’s housing ideas down to curbing real estate speculation and taxing vacant units. In reality, she offers a detailed housing policy, with nuanced proposals on affordable housing incentives, zoning, and everything in between. It’s true that Moon’s proposed speculation taxes set her apart from the other candidates in the field. It’s also true that this policy is not a silver bullet, and may not even be the primary solution to Seattle’s current housing woes. But the fact that Moon even proposes them shows an admirable willingness to think outside the box, a trait that many Seattle mayors have lacked.

As an educator, lawyer, poet, artist, and activist, Nikkita Oliver has a résumé unlike anyone who has run for mayor of Seattle in a long time. As a queer black mixed womxn and a renter, Oliver represents many communities that have never been politically powerful in Seattle’s history. In a city where stalling is so common that we call it the “Seattle process”, Oliver’s supporters hope that she can shake Seattle from its establishment mooring, and get to work on issues like reducing homelessness and making housing more affordable with the urgency they deserve.

Oliver has promised to alter the city’s budget so that addressing homelessness is the top priority, even if it means taking money away from other worthy projects. One such project that Oliver identified was the Missing Link of the Burke-Gilman Trail, a mile-long gap in the grade-separated trail that shunts bicyclists and pedestrians onto busy roads.

Bike lanes and trails make an easy target. Turn on conservative talk radio and you likely won’t have to wait long to hear a rant about them. Yet bicycling infrastructure makes up a tiny fraction of the city’s budget. For example, closing the Missing Link is expected to cost $12.5 million, out of the city’s $1.2 billion annual general fund spending. The Missing Link has been the site of numerous collisions that resulted in serious injury, and closing the gap has long been a mission of Seattle’s bicycling community. With a solution so close at hand, many urbanists criticized Oliver for what they saw as a hasty dismissal of a cheap and effective way to save lives.

It’s important not to miss the forest for the trees. Oliver’s instincts are right; Seattle’s homelessness crisis is an emergency, and many other things the city spends money on are not. While I think cutting hard-fought bicycling safety spending is off-base, plenty of projects are riper targets. The Washington State Convention Center Addition will easily cost $1.6 billion if the City of Seattle lets it go ahead. The Lander Street overpass in SoDo is expected to cost $140 million. Both projects cite wildly implausible economic studies to justify their existence. Neither will save lives. We could build quite a bit of housing with $1.6 billion.

For Oliver’s urbanist critics, none of this will assuage their fears that she is not “one of them”. But, as Seattle Bike Blog’s Tom Fucoloro argues, urbanists share responsibility for not selling our ideas to a broader audience. For all that urbanists talk about affordable housing and transit, the Seattle urbanist community is disproportionately white, male, and middle-to-upper-class. Urbanists and homeless advocates share a common cause; the fact that we’ve failed to forge that alliance is on us as much as anybody.

When writing about why she’s running, Oliver stressed the value of collaboration and bottom-up movement building: “I cannot end the affordability crisis or the state of emergency around homelessness alone. I cannot fully fund schools and transform the Seattle Police Department alone. We have to do it together.” For our part, urbanists should make sure the Seattle People’s Party does not feel alone in those fights.

Check out these takeaways from the Growing Seattle forum we co-sponsored (includes a link to a video of the forum) for more on the mayoral candidates.