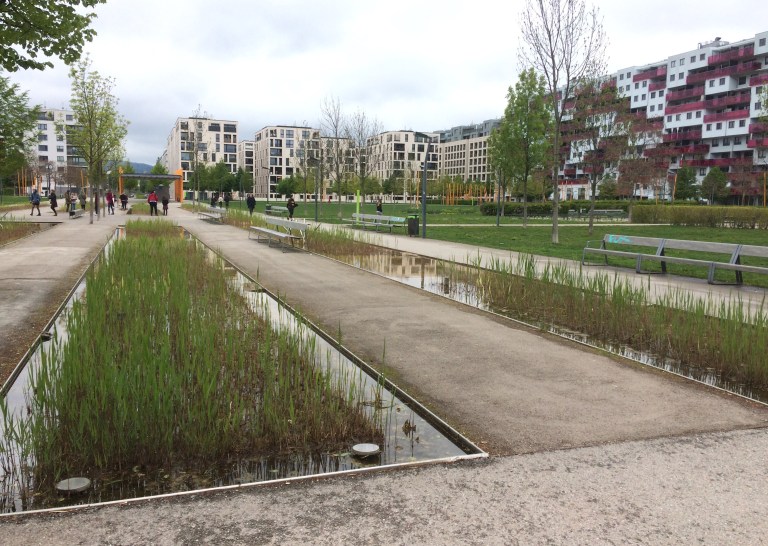 Is Stadt Wien the model for US urban housing policy?

Part I: Paying for housing

This is a two-part series on housing policy in Vienna and how it could be a model for progressive housing policy in Seattle, where I live, or other American cities struggling with affordable housing. The first part is an overview of financing and subsidies. Part II, coming tomorrow, looks in detail at how zoning and development supports housing affordability.

I was in Vienna for the Passivhaus conference this past spring, and the highlight was spending several hours discussing housing development over several days with city staff. For the uninitiated, a Passivhaus is an ultra-low energy building that incorporates a high level of thermal comfort and building durability–as well as a buoy against energy poverty. By the closing plenary, I had come to the same conclusion that Lloyd Alter expressed–Vienna shouldn’t be selling its Passivhaus buildings (of which there are many) to the world, but rather it should be selling the idea of the city itself. I left with the belief that Vienna is doing almost everything right, and Seattle, while building a lot, is doing almost everything wrong. 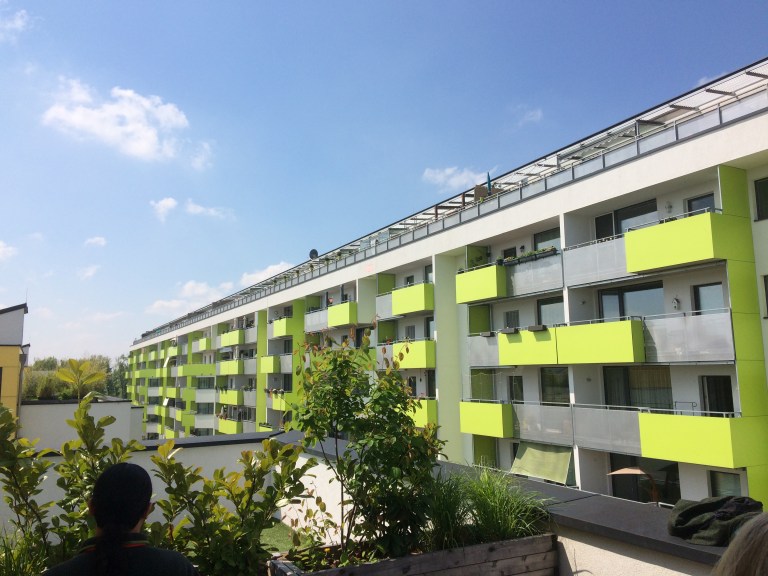 As a result, I was excited to see Crosscut’s recent article, ‘the City that Solved Homelessness’ which offers a good introduction to social housing in Vienna. However, it misses a few key points, and it is these key points that Seattle should model in order to form a more diverse, just, and livable city.

First a little orientation. Vienna is comparable in size, income and living conditions to large US metro areas.

Vienna median income is roughly $36,000. Being the capital, it has a large population at 1.88 million, and its growth rate is 2.4% between 2015-2016. Vienna is one of the most livable cities globally–Mercer’s ranked it number one for the eighth year in a row while Seattle is at 45th–and almost half of the city is green space, with large, accessible parks contributing to a high quality of life. The city’s total area is 160 square miles. It also features a highly comprehensive and inexpensive transit system. The average apartment size is 750 square feet.

For comparison, Seattle’s median income recently passed $80,000. The city has a population of 710,000–but the metro area is 3.8 million (Vienna’s is 2.6 million–though on considerably less land) and is growing at 3.1%. Seattle’s transit system is not comprehensive, though it did pass a $54 billion transit levy last year. The city’s total area is 85 square miles. City-owned park land is 12% of total. The average apartment size in King County is 810 square feet (single-family houses are just under 1,500 square feet).

Like Seattle, Vienna is growing, having added 30,000 residents in 2016. Also like Seattle, most of those are one person households. Both cities are responding by adding a fair amount of housing, but their approaches are vastly different. Vienna has been producing roughly 10,000 units per year, and is aiming to increase production to 13,000 per year by 2018. Seattle’s on pace for about 7,000 this year, about the same as last year. The SPÖ (Social Democratic Party of Austria) leading the city last year introduced the wohnbauoffensive–a plan to reduce obstacles to construction and permitting, as well as increasing annual housing production by 30% in order to meet demand. Yes, that’s right–lefties who don’t deny supply and demand exist, and that the housing shortage must be addressed by building more housing–at all levels–as quickly as possible.

Vienna does have some history with housing shortages. Much of the foundation that makes Vienna successful today comes from 1920s and 30s era Red Vienna, and the gemeindebauten and are critical to the city today. While some cities like Berlin and Dresden sold off large portions of their social housing post-reunification, and today are struggling with housing, Vienna has made a point to not just keep the social housing they previously built, but to rehab them (gentle urban renewal) and build new ones at a steady clip. A brief history of the city’s social housing can be found here.

National policy plays a critical role. Vienna’s affordable housing is largely funded by federal taxes. Vienna uses these taxes to subsidize affordable housing construction, rehabilitations, and preservation. Bigly–577 million euros ($656 million) expected for 2017. In Seattle, we’re going a different route, and will be attempting to tax landowners and/or future residents via Inclusionary Zoning/MHA. Vienna’s social housing has almost a century of positive results, and even today this approach builds several thousand dense, affordable, high quality units per year. Inclusionary Zoning has 30 years of mixed to paltry results. Yes, Seattle has the housing levy which was significantly increased last election, but this is a small fraction by comparison and the need is great.

In addition to subsidizing the construction of new housing, Vienna will spend nearly 200 million euros ($227 million) rehabbing their existing housing stock in 2017–some of it even to Passivhaus standards. Energetic retrofits are a key component of buoying residents against energy poverty, as well as providing comfortable and more durable housing.

Proportional spending for Seattle would be roughly $260 million annually, however–there’s a massive rub. On a per square foot basis, the cost of construction is roughly half what it is in Seattle–for buildings that are generally of higher quality and performance. This phenomenon is the direct result of something Seattle should be undertaking, Bauträgerwettbewerbe (housing developer competitions). I will expand on these and the other innovative things Vienna is doing to expand affordable housing in the next segment.

This article is a cross-post that originally appeared on City Observatory.