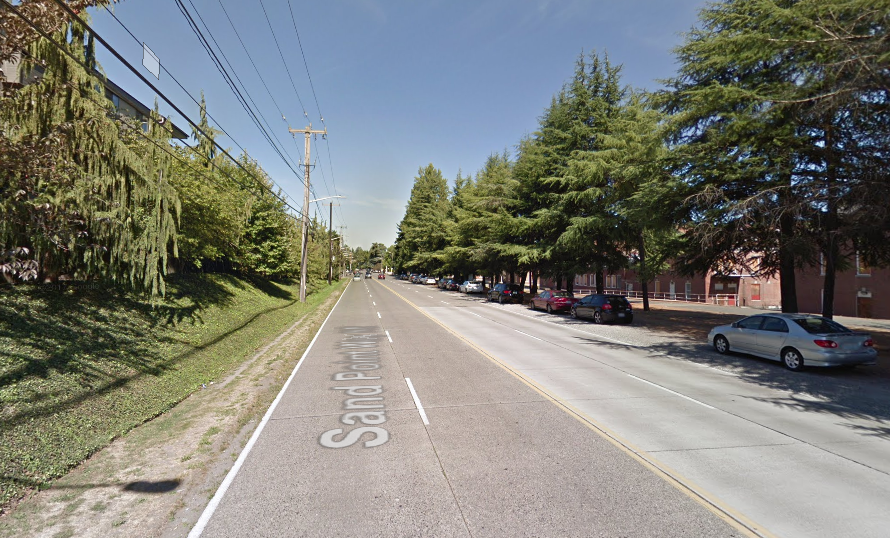 Sand Point Way NE has long been a busy street with high speeds, unpleasant intersections, and major gaps in the pedestrian network. In response to these issues, the local community requested that the city study safety improvements on the street through the Neighborhood Parks and Streets Fund in 2016. Last year, the Seattle Department of Transportation (SDOT) completed a study on how the corridor could be improved. The study had suggested enhancing intersection signals and crossings as well as slight rechannelizations to the street configuration. SDOT’s study also recommended new sidewalks where they are missing, new bike facilities, and other lane adjustments to the street.

The changes that SDOT has suggested more recently, however, show that the project scope has been significantly pared back with only a small segment of new sidewalks and one enhanced crossing poised for implementation, both near Magnuson Park.

The conceptual plans do not indicate what will happen along the corridor except for new sidewalks and an improved crossing near NE 74th St. However, an online survey highlights several topics that may still get attention, depending upon public feedback. These include:

The survey does provide options to give more specific feedback that may not be asked directly in the choices offered. Community feedback could be critical in making deeper improvements than the conceptual corridor map indicates.

SDOT expects to construct improvements next year, which will be funded through the Move Seattle levy. The survey is open to public feedback through the end of today.