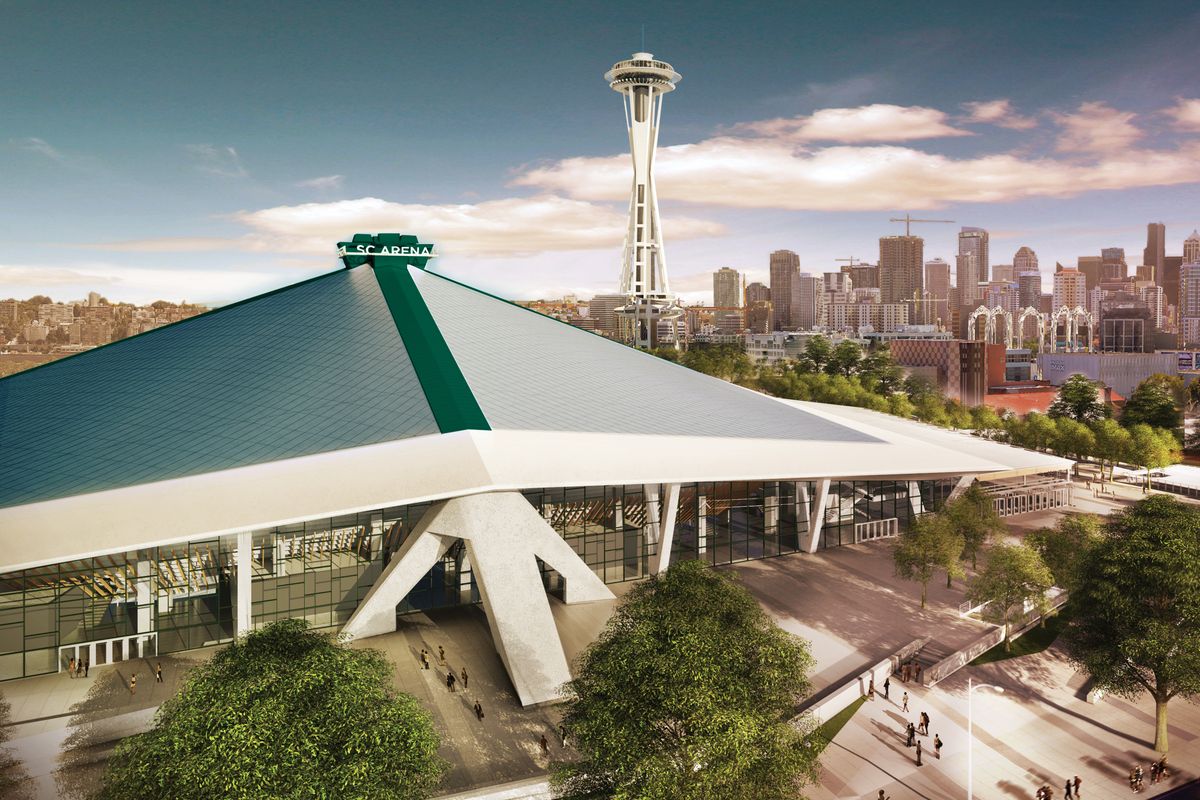 On Wednesday, the Uptown Alliance, in conjunction with several other advocacy groups, issued a blistering comment letter on the Draft Environmental Impact Statement (DEIS, Volume 1 and Volume 2) for the Seattle Center Arena renovation and expansion project. “We found the DEIS and accompanying mitigation measures, with its nearly exclusive focus on low occupancy vehicles, does little to change the status quo,” the advocates wrote. The Uptown Alliance and their allies argue that the DEIS does not go far enough to provide equitable, multimodal options as mitigation for expansion.

Oak View Group (OVG), the winning bidder to fully upgrade, expand, and operate the arena for 39 years, will spend upward of $600 million to the nearly double the total building square footage, relocate affected businesses, contribute to public benefits, and address transportation needs. In signing a Memorandum of Understanding with the city, OVG specifically agreed to covering all related transportation mitigation costs under the environmental review process in addition to contributing $40 million to a city mobility fund and participating in the city-led development of the North Downtown Mobility Action Plan.

The letter by the Uptown Alliance and their allies outlines six overarching objectives that should be analyzed in the Final Environmental Impact Statement (FEIS):

OVG will need to develop a Transportation Mitigation Plan (TMP) and Demand Management Plan (DMP) as part of the planning process. The advocates want to more specificity in both documents for “measurable performance goals, strategies, timing, funding, roles and responsibilities, [and] annual reporting on operations to evaluate whether goals are being met.” If the goals are not met, the advocates think that additional mitigation measures should be built into the plans in order to attain compliance.

For the TMP, the Uptown Alliance and their allies are asking that it set an aggressive baseline goal of 62.5% multimodal use for walking (15%), biking (12.5%), and transit (35%). The DEIS, however, assumes that the mode share in 2020 would be upwards of 63% by private vehicles, and more than 78% if you count ride-hailing and other pass by drop-offs. By 2035, that number could drop to about 66% under OVG’s proposed alternative with mitigation measures. The gulf between what the advocates and what city officials, in collaboration with OVG, are suggesting is wide.

Suffice it to say, however, many of the recommendations seem fairly reasonable, such as requiring OVG to:

In the DEIS, several of these issues are addressed directly. The Seattle Department of Construction and Inspections (SDCI) suggests, for instance, that OVG facilitate pedestrian flows through the 1st Ave N/Thomas St and 1st Ave N/John St intersections by installing new traffic signals with all-way walk (pedestrian scrambles). However, SDCI also suggests that the intersections could simply be manually controlled instead. Meanwhile, SDCI has proposed a goal of managing just 1% of the arena transportation demand through short-term bicycle spaces (about 200) and a mixture of other possible strategies such as unattended racks, a bicycle valet program, and OVG coordinating with bikeshare companies. That’s a far cry from the 12.5% that the advocates are pushing for.

Regarding the “horizon year gap” issue, the advocates note that the DEIS does not address the time period between 2020 and 2035 in great detail for ongoing actions, despite the fact that there will be substantial local changes in circumstances that could directly affect the arena’s operations (e.g., a new high school at Seattle Center, major redevelopment in Uptown, and continuing cross-city transportation demands). Noting the major challenges (and opportunities) that will exist between 2020 and the opening of light rail in 2035, the advocates suggest front-loading many transportation mitigation measures to achieve high rates of walking, biking, and transit use during that period.

More than a dozen individuals associated with the Belltown Community Council, Queen Anne Community Council, Cascade Bicycle, Feet First, and Seattle Neighborhood Greenways co-signed the letter, an indication that there may be broad unity amongst various groups on how OVG should manage transportation in the years ahead for a renovated Seattle Center Arena. Later this year, we will see what ultimately ends up in the FEIS and how OVG will be responsible for delivering transportation improvements and management to the Uptown and surrounding areas.