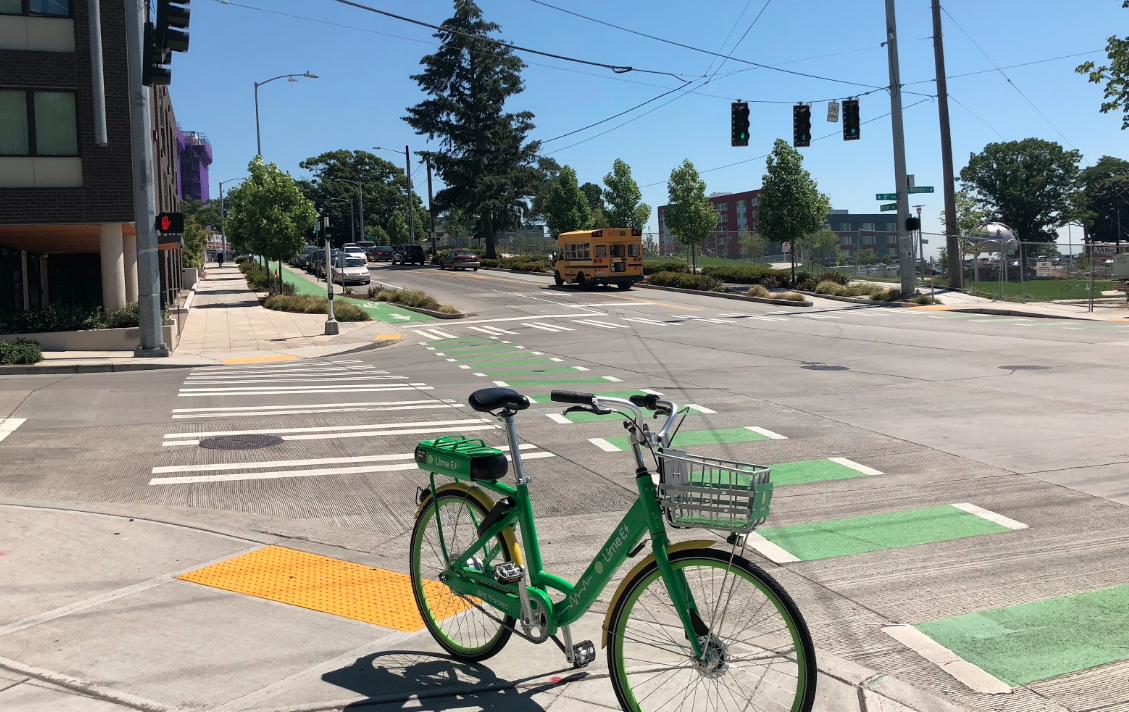 I really, really love bike share. They aren’t always where I need them but they are so convenient when they are. They save me from worrying about locking my bike up. From worrying about putting my bike on a bus bike rack (often full, always annoying). From having to decide what is going to be faster or will I even get there in time: the bike is maybe slow but a predictable time. I usually use LimeBike ones as they seem most available. If I can find an e-bike (electric pedal assistance), then I can deal with hills that normally would make me get off and walk. Recently I even took a bikeshare from home (North Beacon Hill) to a doctor’s appointment up on First Hill, and then after continued to work on another bike!

The bikeshare companies have been operating under a pilot program with huge success. The Seattle Department of Transportation (SDOT) presented a report on the pilot to the Seattle City Council Transportation and Sustainability Committee along with recommendations for a permanent ordinance for bikeshare companies. The committee then passed the proposal out with several non-standing members of the committee voting in favor: a good sign that it will pass the full council.

However, I have strong concerns about the proposed permanent rules. We need many other transportation options other than our dominant carbon-polluting and people-killing heavy machinery to build a sustainable city. We need to do everything we can to make bikeshare a success!

My main concerns (thanks to my friend Logan Bowers for getting there first), which I encourage you to use in writing your own letter to the city council, are:

So there’s the short-short list of my concerns with the proposed bikeshare program rules. It’s too restrictive and I think they will make it hard for bikeshare companies to be sustainable long-term. We need to do everything we can to make them successful because we desperately need options other than private carbon-polluting cars. 2035 and the need for us to be carbon-free is not very far away.

The city council will vote on the new bikeshare permit program on Monday, July 30th at 2pm. Write your councilmembers today about the new restrictions.

Rachael Ludwick is a software developer whose been working in Seattle for a decade, living in North Beacon Hill with her partner, mother, and kiddo near the future Judkins Park light rail station (2023!).