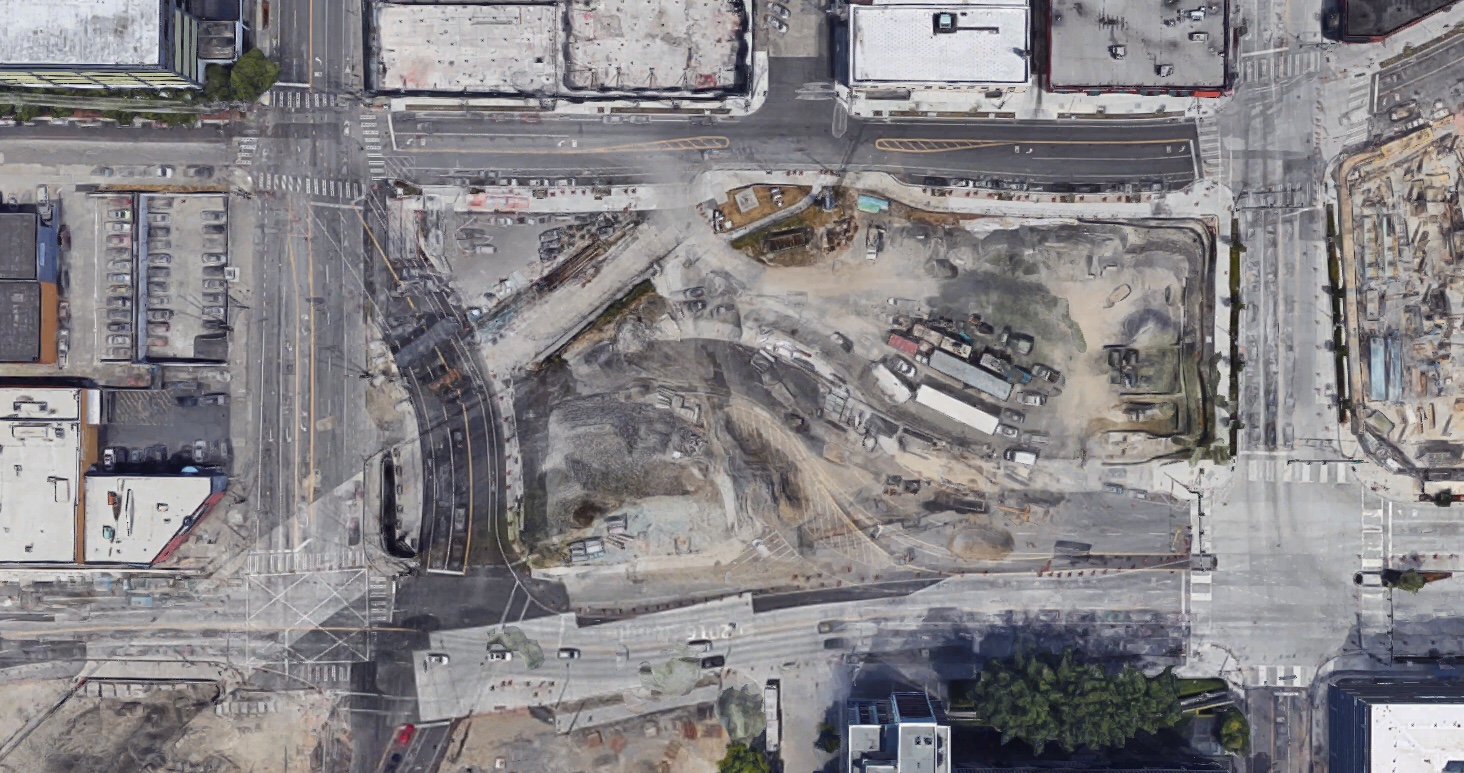 One would think, in the midst of a broad and deep housing crisis, that a nearly three-acre parcel in the heart of the city would be a prime opportunity for social housing. Yet, as was announced a few weeks ago, that is not exactly what the city is planning. The 2.86-acre (about 125,000 square feet) “Mercer Mega Block” will be going out to market in just a few weeks.

In a Curbed Seattle article last year on utilizing public lands for affordable housing, the city claimed its hands were tied and selling was the only option. Yes, a portion of the units will be required to be affordable –but given how much office space and market rate housing is planned and underway in South Lake Union–social housing should take priority. For reference – the six-story, 193-unit project for the Central District that received design review board approval tonight sits on a 32,000 square foot lot with a max height of 65 feet. We’re talking about a parcel that will be able to hold close to a thousand units or more.

The parcel is zoned SM-SLU 175/85–280, which has maximum height of 280 feet for residential buildings via bonuses available from Mandatory Housing Affordability (MHA) program, though portions of the site have a lower height limit governed by the South Lake Union seaport flight corridor.

The press release from the group the city tasked with selling the parcel states that the, “Mercer Mega Block is a truly unique investment opportunity. The site offers developers the opportunity to build more than a million square feet in the most desirable market in the country.” Why should that opportunity be limited to investors?

Multifamily housing is illegal in nearly 90% of the city’s land area. Dense multifamily housing is illegal in even more of the city –and this site is walkable, bikeable, and with Sound Transit 3, will be adjacent to both streetcar and light rail stops. The site is blocks from a number of parks, including Denny and Lake Union Parks. Seattle Center is five blocks away.

Where is the vision from city hall? The MHA modelling anticipated only 10% of units from residential construction in downtown and South Lake Union would be built on site, a grand total of 40 units–the balance of housing is expected to come from MHA payments. This would be an opportunity to build dense, mixed-income, low-energy (passivhaus) social housing in the heart of the city.

Vienna has been building social housing for nearly a century, and doesn’t shy away from building tall mixed-income development. Lest you think tall social housing buildings are devoid of character –one of the largest and tallest social housing complexes in Vienna, Alterlaa, has some of the highest occupant satisfaction ratings. We could follow the Vienna Model, keep half the site as open space and parks and the balance as social housing–providing more open space for the thousands of workers and residents in the area, and a plethora of affordable housing for families that can’t afford $830,000 homes. Schools or daycare could be incorporated.

Even Paris, a city with a long aversion to tall buildings, has been building tall social housing complexes over the last few years. One of the most stunning is Harmonic + Masson’s low energy 17-storey, 188 unit complex consisting of half social housing, half first-time homebuyers. The development sits on a lot that’s only 30,000 square feet (and a third of it is open space), with unit configurations vary from studios to four bedrooms. We could build three of these, providing well over 600 units of mixed-income social housing on the mercer mega block, at the scale of the Parisian project –and still reserve half of the lot as open space.

If the height-averse Parisians can build tall affordable housing, surely Seattle could too. We have a blossoming mass timber industry. We have people who know how to design and build high rise construction. We could develop this site to be a car-free, mass timber highrise, passivhaus social housing complex. We could include schools. We could include daycare and groceries. We could start to make a dent in our housing need where it is most needed.

Unfortunately, our city lacks the leadership and vision to take this on. And this is ultimately the tragedy of Seattle. Public land must stay in public hands. Selling off this parcel will be yet another wasted opportunity by a short-sighted city hall lacking any vision, and displaying little concern for the severity of our housing crisis and the scale of affordable housing we should be building. Given how inadequate Mayor Jenny Durkan’s Climate Action Plan is, this would be a great opportunity to show global leadership on climate mitigation and affordable housing. I wonder what we’ll see instead.