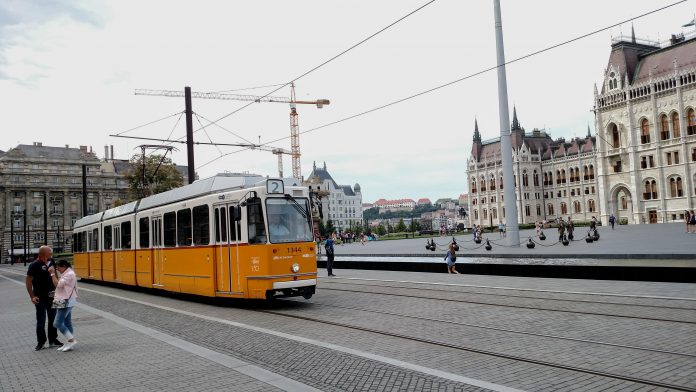 Modern American streetcars have a bad rap. Partially this is self-inflicted. Several American transit agencies have planned streetcars doomed with routes that are too short, illogical, mixed with traffic, and infrequent. Immediately expected to succeed, first-time streetcar agencies often run into design and construction snafus and instead open lines immediately besieged with bad press and even scandal. Sometimes the bad press comes from expected quarters, such as Koch brothers backed propagandists. Other times, liberal commentators and politicians seem all too willing to do the Koch’s work for them. And as Democrats join the rush to kill streetcar projects it seems they’d rather make streetcars a sacrificial lamb to prove they also pray at the altar of fiscal austerity rather than an instrument to make transit better.

If we looked no further than our American bubble, we could be convinced streetcars are more trouble than they are worth. There’s only the trouble of other countries–countries were streetcars are wild successes and celebrated and integrated parts of the transit network. Why do American conversations rarely seem to hit upon those examples? Ignoring them makes for a simple narrative, but let’s look a bit further afield.

I recently had the good fortune to visit Budapest and was struck by how effectively the city used streetcars to move people through its bustling core. Daily ridership exceeds one million on the city’s 36 tram routes, which apparently makes it the most-used tram network in the world and supplements an also well-used subway system. Considering the city’s population, that’s serious ridership. Budapest has just shy of 1.8 million residents, while the metropolitan area has more than 3.3 million.

The Seattle metropolitan area has a larger population than Budapest, yet its leaders are wringing their hands about supporting even one fully extended streetcar line. Our historical focus on cars, cars, and more cars has led to a sprawling regional land use pattern. Even the build out of Sound Transit’s light rail network–all 116 miles of track–is projected to yield 600,000 daily riders by 2040–significantly less than Budapest manages today on just its tram network.

Budapest manages to have the world busiest tram network because they dedicate road space to it, give trams priority, and build in an urban pattern with (gasp!) buildings touching each other. As a result, most people rely on transit as their primary means to get around. Only 42% of Hungarians own cars according to a recent survey, and that percentage is likely even lower in Budapest. Even more impressively, the car ownership rate is dropping (and among highly educated Hungarians, too) even as the economy booms.

Bikable and Walkable to Boot

Hungary also does bicycling infrastructure well, with a connected protected bike network and calm streets with limited automobile access that make good mixing zones for people walking, biking, or relaxing. Thanks to building their cities to support bicycling, Hungary has the third highest bicycling rates in the European Union: 22%. This absolutely dwarfs Seattle’s bike commute rate–3.4% in 2015 according the US Census Bureau. And while Pest (the east side of the Danube) is flat, Buda (the west side) is dominated by hills–not an easy place to casually bike.

Budapest was the second city in the world to open a subway system, when it opened its first line in 1896. Interestingly enough, the line was viewed as a backup option added just in case the tram network the city was simultaneously proposed ran into resistance, according to Budapest’s Underground Railway Museum. With only one subway line for most of the 20th century, the city relied primarily on streetcars.

Updating the network has brought modern streetcars, some with significant upgrades in capacity thanks to greater length. In fact, Budapest has some of the longest streetcar vehicles in Europe. Trams 4 and 6 on the Grand Boulevard use Siemens Combino Supra vehicles 54 meters (177 feet) in length, allowing the route to carry 200,000 riders per day. On some routes though, vintage streetcars still run, charming tourists along the way.

Americans tend to be familiar with the urban delights of London or Paris, but Budapest has just as many lessons to teach us. Chief among them is for cities to get as much as they can out of their surface transit; don’t overlook  streetcars as people movers well suited to dense urban environments.

Long story short, Budapest is an exceedingly pleasant place to get around. In fact, getting around by foot or by tram is half the fun.