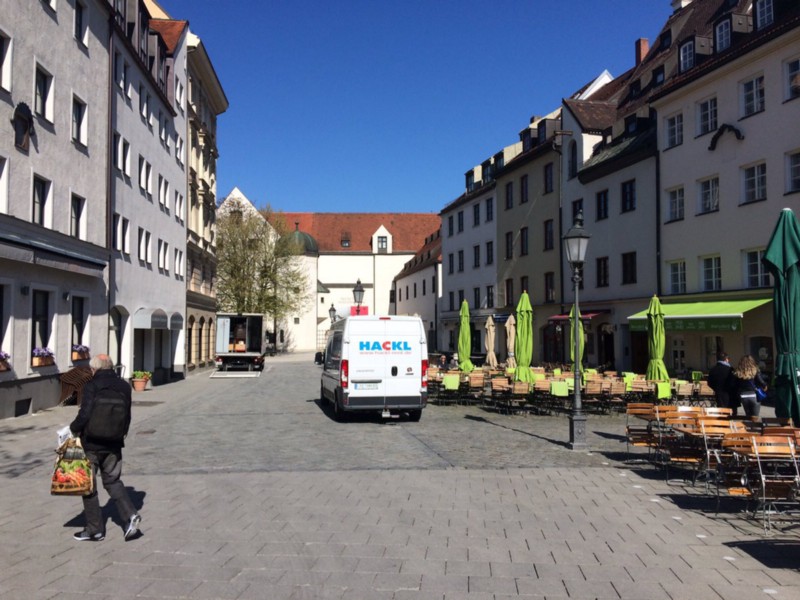 One of the more, ummm, interesting complaints about new buildings is that they are “too boxy”–as if their form is somehow foreign and boxy buildings are nonexistent in the history of the city. I find this complaint interesting because the urban morphology of this city, as with most other cities, is rooted in box-shaped buildings. The sad reality is that we don’t have enough dumb boxes today. Our present land use code makes dumb boxes illegal to build in most of the city. The singular exception to that is in single-family zones and the lowest of the lowrise zones , which is where we see these types of forms most often.

I say this is a sad reality because “dumb boxes” are the least expensive, the least carbon intensive, the most resilient, and have some of the lowest operational costs compared to a more varied and intensive massing. Given the housing and climate crises we presently face , it would behoove us to move towards legalizing dumb boxes in more of the city.

Before the zoning ordinance was passed in 1923, the restrictions on building form were few and far between. In looking at the pre-zoning buildings in my block –the vast majority of them are simple boxes. The facade isn’t modulated, there aren’t awkward recesses , and these buildings weren’t encumbered with useless setback requirements. Of course, it makes sense that builders built in this manner , it was the most cost-effective and allowed the builder to make flourishes on the street-side facade if desired or budget allowed. It’s also important to point out what else these buildings didn’t have to comply with: classist density limits, SEPA, reduced lot coverage limits, parking requirements, and modulation.

Every time a building has to turn a corner, costs are added. New details are required, more flashing, more materials, more complicated roofing. Each move has a corresponding cost associated with it. Additional requirements like height setbacks in commercial zoned lots adjacent to residential zoned ones (a setback in section) have the same effect. A hundred years ago, you’d build a four-sided box a few stories tall, and call it a day   unless you were building much taller in which case there were setback requirements associated with that). Today, because of increased setbacks and modulation requirements designed to make lowrise and midrise buildings look less massive and boxy, we’ve added several layers of cost on to a building. You can see this strategy in older craftsman homes as well , the house is essentially a box in plan with subtle additions outside the box (e.g., bay window and front porch) to reduce the effect of the massing.

Building anything has an environmental effect because it takes resources to produce the materials used to construct a building. One of the resources required to produce building materials is carbon. Wood is less carbon intensive than concrete. Steel is recyclable, but still requires extensive carbon emissions to produce. Steel and concrete are thermal nightmares versus wood, and so there is not only the embodied energy and carbon of producing materials, but also operational energy implications from their selection and usage as well.

More corners results in more complex foundations, and then all the additional embodied energy and carbon from the knock on in material usage, and the carbon emitted in the increased carbon emissions from the energy required to achieve the same level of heating and cooling. Andrew Michler talks extensively about “decarbonizing” your passivhaus – a concept which I’m totally enthralled with and endorse –designing out the more carbon intensive aspects of a building, since passivhaus reduces the more intensive carbon from operational energy. Mass timber can go a long way with this, but ultimately end of life choices have a great effect on that.

Dumb boxes are great from an energy consumption standpoint because they’re more efficient owing to lower surface area to volume ratio over buildings with more intensive floor plans. This has the added benefit of making it easier to achieve high levels of building performance (passivhaus) without additional cost or effort. Lloyd Alter wrote about the #boxybutbeautiful hashtag crafted by Bronwyn Barry and others in the Passivhaus movement, which highlights that boxy buildings can be beautiful.

Dumb boxes are the most resilient

From a material durability standpoint as well as resilience in the face of climate change or natural disasters, dumb boxes can be the most resilient. Every time a corner or recess or other facade modulation is introduced to a building, the chances of issues related to weathering, durability, and building movement increase. Really subtle shifts in plane also can result in complicated details. Complicated details cost more to replace over the lifespan of the building as well.

When we talk about building resilience in the face of climate change – passivhaus, which is easier to achieve as a “dumb box”–tempers the increased peaks of summer and winter, providing needed relief. There is also resilience related to usage and height. Dumb boxes that are under six stories can be manageable in long periods without power whereas tall skyscrapers are problematic under the same conditions. And a neighborhood of dense, dumb boxes only increases that resilience.

The International District, Pioneer Square, historic Ballard–the buildings there are largely “dumb boxes” as are many of the commercial cores of Seattle’s neighborhoods. We used to build dumb boxes and place them side by side with no setbacks –these are called rowhouses (well, not here in Seattle, but elsewhere). They’re on some of the most desirable, livable, and resilient streets in our cities. Mietskasernen (rental barracks, tenements) were ubiquitous for being “dumb boxes” with simple detailing and massing on the courtyard side, and ornate features on the street-side (a sort of built mullet, if you will). These neighborhoods are some of the most desirable in Europe. The Swiss build some of the most beautiful “dumb boxes” I’ve ever seen.

Today in Seattle, aside from the bureaucratic hurdles required to obtain permits, we have amassed layers upon layers of requirements that increase construction costs (which lead to increased rents), increase carbon emissions, decrease durability, and decrease resiliency. We have legislated the “dumb box” out of existence.

As we progress, especially with housing costs and climate change starting to have dramatic and long-lasting effects, should we be spending time focusing on “smart” technology and utilizing the latest gizmos to plan and use buildings? Or should we look to the flexibility and innovation of the codes that existed before our classist land use laws were enacted, ones that if adopted today could result in more efficient buildings that cost less to build, cost less to operate, and would provide greater resiliency. I lean towards the latter.

Let us give praise for dumb boxes.