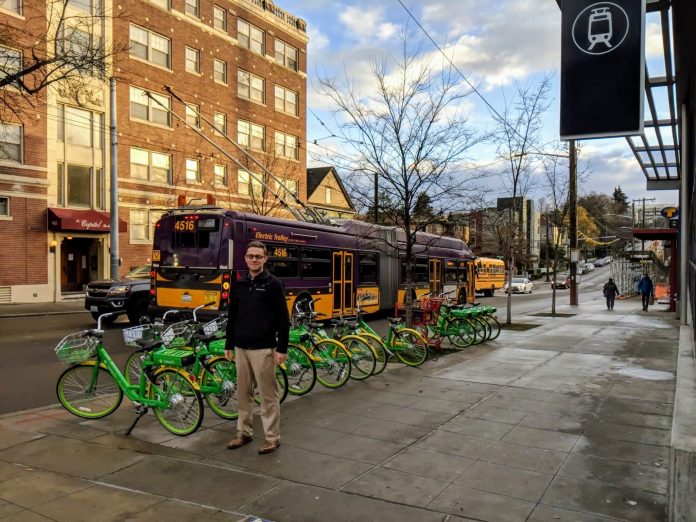 The Urbanist is approaching its fifth anniversary. From the start, we’ve wanted to help shape a better city for all. We know building a better city won’t happen with one campaign or election. It will require time and perseverance. Most importantly, it will require institutions with strong values, designed to advance those values over a long period of time.

Advancing urban values looks like a lot of the work we’ve done. The most visible work is in our publication: election endorsements, candidate interviews, policy endorsements, editorials, explainers, and principles. We also do walking tours and host monthly guest speakers. Behind the scenes we engage volunteers, conduct bookkeeping, try to do coalition building, and much more.

Up until now, all this work depended on volunteers which made one thing clear: The Urbanist is a fragile organization. Volunteer availability is ephemeral. Losing even one volunteer can have huge impacts. To build an institution, it is necessary to pay people for work.

Our first attempts at raising revenue began with selling ads and having ticketed walking tours. Last year we also conducted our first fundraising drive. Our generous readers surprised us by committing themselves to monthly subscriptions! With that generosity, we are now able to pay for ongoing work. We posted a job ad and crossed our fingers. With limited funds and an unusual role, we found a great applicant in Alexander Wheeler.

A little bit about Alex: he grew up in the Great Plains capital of Lincoln, Nebraska. For 20 years he knew only wide open spaces, suburban sprawl, and the necessity of owning an automobile. From there, with only two suitcases and a college diploma he moved to Tokyo, Japan to teach English for three years. While abroad, he rode his first train and fell in love with the joys, excitement, and challenges of living in a city.

From Japan he moved to Honolulu to work first in the state legislature, and next for the Democratic Party of Hawaii. As the Executive Director for the party, he worked two successful campaign cycles, dramatically increased fundraising, and worked in diverse communities to increase party membership and engagement.

Alex is happy to now call Seattle home. His experiences living in three unique places motivates him to make Seattle the greatest home it can be, for the greatest number of people possible, and he joins The Urbanist with a passion to expand the organization’s reach. On the weekends, Alex tries to get into the mountains to refresh his soul, and in the kitchen to fill his stomach. In the evening, you can often find him throughout Capitol Hill walking with his new puppy, Lincoln.

We’re excited about what Alex will be able to do. Over the next six months, Alex will be expanding the activities of The Urbanist and working to make his role permanent. If you think the work we’re doing is valuable, please consider making a donation and help us build a permanent urbanist institution.

If you’d like to help us grow and be part of this, please consider making a donation.