Known for its dearth of sunshine, Seattle is not commonly considered a city ripe for residential solar power, also known as solar photovoltaic energy, or solar PV. However, many Seattle residents may be surprised to hear that many buildings in Seattle are solar viable, and numerous buildings in the area are already producing excess energy due to long, uninterrupted periods of summer sun and improved solar technology that works, albeit with less success, in overcast conditions.

According to a Google Project Sunroof analysis, which estimates rooftop solar viability based on Google Earth imagery and a machine learning algorithm, approximately 85% of buildings in Seattle are solar viable. Additionally, while many believe the dreary weather in the city would prevent Seattle from becoming a solar-powered city, Seattle receives a greater solar exposure than Germany, one of the leaders in solar energy worldwide.

By strengthening existing incentive programs, and adopting best practices from other parts of the country and around the world, Seattle can move toward a more well-deserved title of a sustainable city. While cost remains a major barrier for residents considering solar, home ownership, fortunately, is not necessarily a requirement in itself. Seattle currently has five utility-owned community solar projects, available to residents at $150 per share.

Through net metering, which pays residents a small amount of money per kilowatt hour (kWh) produced and shared with the grid, residents with solar shares or their own personal solar arrays can actually make a small profit from excess energy supplied to the grid. As battery storage and other technologies improve, net metering could offer a way for solar viable buildings to provide renewable energy for those that are too shaded or otherwise not viable.

Solar’s time has really come. The price of solar infrastructure has plummeted, making it competitive with coal and natural gas and calling into question the prudence of building massively expensive conventional power plants. We’ve reached a tipping point where renewable energy is not just green, it’s also the wisest financial decision–even before bringing social costs or the prospect of a carbon tax into it. Solar has the advantage to fitting in among urban settings, too.

For homeowners, numerous incentives for solar exist, including federal Investment Tax Credits (ITCs) and community bulk purchasing. Created under the Bush administration and maintained under the Obama administration, ITCs currently offer a 30% rebate for people who purchase solar arrays for their home. Meant to stimulate solar installation nationwide, ITCs have played a major role in growing the residential solar market in the past decade. Unsurprising to many, it is unclear if the current administration will maintain ITCs, particularly in the wake of solar tariffs, which may create complications for the domestic solar industry.

While ITCs can help many residents, it can still feel daunting to be the only solar adopter on the block. Community bulk purchasing, which lowers the cost of solar purchase and installation for each participating household, can make the technology more accessible for some homeowners. Unlike current top-down energy systems, solar energy can be a community decision, with multiple neighbors forming a group to purchase and install solar as a collective.

Non-profit organizations, such as Washington, D.C.-based Solar United Neighbors (SUN) are pushing a growing movement of resident-controlled energy adoption. When cities and energy companies fail to bring renewable energy to residents, some are taking the means of energy production into their own hands, either supplementing their energy with solar, or, in rare cases, going off the grid entirely.

While homeowners have more solar options available, renters can opt in to community solar projects, as previously mentioned, and some apartment buildings and rental houses are beginning to adopt solar. For example, thanks to help from a Green Up grant from Seattle City Light, Capitol Hill Housing is in the process of adding solar panels to three of its affordable housing complexes. Additionally, existing and proposed green building incentives from government agencies can help stimulate solar construction on new buildings and retrofits, which will hopefully be one piece of the puzzle in a broader transition to solar in the Seattle area.

Most existing energy systems around the country are top-down and profit-driven, harming the environment, exacerbating income and resource inequities, and keeping the means of production behind bureaucratic closed doors. Increasingly, people around the world are demanding renewable energy, using many of the above mentioned incentives and strategies to switch to renewable energy.

The shift toward a clean energy only truly succeeds at the intersection of environmental, economic, racial, and social justice. Not only is it possible for residents and the city to transition toward truly renewable energy, it is the right decision to make in the face of current and future climate change consequences and the call for energy autonomy. Residents who have the means to invest in solar, as an individual household or part of a larger neighborhood group, would do well to transition to solar while existing incentives are in place. All of us should join the global rallying cry for a transition to 100% renewable energy, available to all residents regardless of income or home ownership status. 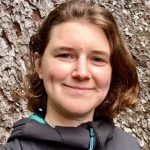 Pauline (Polly) Membrino is a recent graduate from the Master’s of Urban Planning program at the University of Washington. She is interested in climate change mitigation and adaptation, and other topics at the intersection of racial, social, and environmental justice.