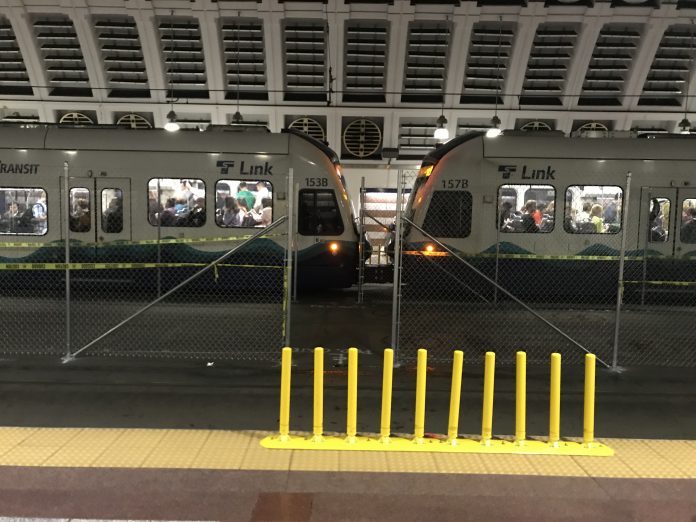 Sound Transit wants feedback on renaming University Street Station. Six different names have been proposed for the public to weigh in on. The purpose of the station renaming is “to stem passenger confusion with the light rail system’s two stops that serve the state’s flagship university,” Sound Transit said in a press release. Those stations are University of Washington Station (already open) and U District Station (opening in 2021). As it is now, the two existing “University” stations are confusing enough to passengers, occasionally leading them to head to the wrong station. Adding a third to the mix would only increase the problem.

The six station names that Sound Transit has floated include:

In developing the names, Sound Transit staff consulted its station naming policy (Resolution No. 2012-02), which provides that the transit agency will internally identify and evaluate potential names, engage with the public for input on formal options, and then put a final decision to the Sound Transit Board of Directors. The policy also stipulates certain parameters in station naming:

Arguably, the “Benaroya Hall” option may run afoul of the fourth principle. But more importantly, the outlined process may lack the level of creativity and engagement it deserves. Upon the announcement yesterday, many people panned the options and even opined for an opportunity to consider other alternatives proposed by the public first.

To Sound Transit’s credit, University Street Station has been named so since it opened as part of the Downtown Seattle Transit Tunnel in 1990s. It also started under separation ownership by King County Metro–long before Sound Transit began using it and taking over it fully. On the other hand, University Street Station is hardly the only case of poorly-named stations.

Sound Transit has introduced other possible confusion points across the light rail system, having settled on “Shoreline South/145th” and “Shoreline North/185th”, “South Bellevue” and “Bellevue Downtown”, and several Redmond-named stations. While they are all geographically named, they do lend themselves to mistakes by less geographically-adept passengers and could serve as why the transit agency should take much more care in using street names, landmarks, and neighborhoods in choosing names for usability and legibility of the transit system.

Clearly in this case, Sound Transit is stuck with a difficult situation. University Street Station is named after a street while U District Station and University of Washington Station are named after a neighborhood and landmark, respectively. But the original working station name for the University District (Brooklyn Station) was reflective of the neighborhood’s historic name (from the Brooklyn Addition to the City of Seattle) and the avenue (Brooklyn Ave NE) that the station will face. Despite that, the transit agency sought to complicate things by naming the station after the prevailing neighborhood name instead.

Adding in my own two cents for station names, my top two are “Symphony” and “Seneca Street”. Part of that has to do with the fact that “Midtown” is ambiguous. Some might think that should be further north between Uptown and Downtown. Others might argue “Downtown” includes all areas from Uptown through Chinatown-International District. On top of that, it is a stretch to suggest that the area around the station is really an “arts district” since Capitol Hill, areas closer to Westlake Station, and Seattle Center all are more prominent artsy areas. That really leaves few choices in my book. “Symphony” just sounds fun and evokes where the station lies under while “Seneca Street” sticks with the practical stop location.

One can only hope that this effort will lead to another look at the policy for the station naming process and restarting the process for at least one of the other two “University” stations in addition to Shoreline and Redmond. For now, the public can take an online survey on six station name alternatives. A final decision will be made by the Sound Transit Board of Directors by early 2020.