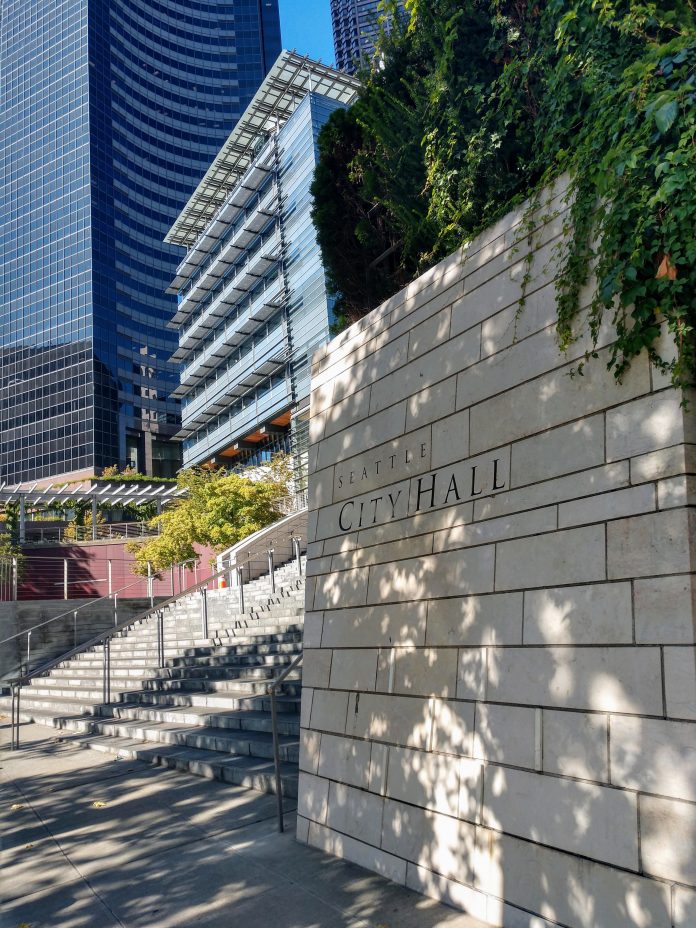 After the Primary Election, 14 candidates remain for seven Seattle City Council contests. The race has shaped up to be a showdown between Seattle Times-endorsed candidates and those backed by The Stranger. Final Primary results didn’t include any reversals from the early Seattle City Council returns we reported on election night. Progressive candidates did gain vote share in late results, as is typical, which meant widening leads for the progressive candidates (or a shrinking gap in Shaun Scott’s case).

Save for District 4, The Stranger-endorsed candidate came in first, while those anointed by The Seattle Times came in second. Pedersen’s 17-point advantage appears formidable, but District 4 voters may flock to Scott as they realize how out of step with the district Pedersen is on a number of issues, such as transit. I recently reviewed his opposition to Sound Transit 3, the Move Seattle transportation levy, and the Bike Master Plan. A younger electorate (with University of Washington back in session) should also be a boost to Scott. Like The Stranger, The Urbanist Election Board endorsed Scott, Morales, and Sawant in the Primary.

Daniel Beekman, a political reporter for The Seattle Times, has argued Seattle political power is derived from four main factions–business, labor, social justice activists, and neighborhood groups–and a candidate typically needs at least two to win. It’s a simplification, but it’s useful in understanding what’s going on this election.

“Neighborhood groups” is a bit vague and euphemistic; homevoters is a bit more precise given the desire to maintain single-family zoning, parking requirements, and “neighborhood character” that seems to be a major motivation for this constituency. Adapting Beekman’s framework, the four factions (and the biggest endorsements typically indicating this constituency’s support) are:

Business and labor leaders forged an alliance that swept Ed Murray into power and ousted Mike McGinn in 2013, and Mayor Jenny Durkan continued to rely on that alliance to ride into power in 2017. Like Murray, Mayor Durkan also dominated single-family neighborhoods, showing homevoters were on her side. In both races, some unions peeled off to support the more progressive candidate, but splitting the labor vote was key to centrist victories.

While the alliance of the chamber and the labor council has steamrolled the last two mayoral elections, it hasn’t been able to coalesce as cleanly around city council seats. Partially this is because the alliance between labor and business was not a particularly deep one given their competing fundamental interests. Labor ran their own candidates in District 3 (Zachary DeWolf) and District 4 (Emily Myers) and both came up short with fourth-place and third-place finishes, respectively. Outside those two races, the MLK Labor Council is backing the same candidates as The Stranger.

Meanwhile, Big Business is relying on homevoters to broaden support for its candidates. The only city council race where the Seattle Metropolitan Chamber of Commerce and the Seattle Times Editorial Board haven’t aligned is District 5, where the chamber has endorsed Councilmember Juarez over Davison Sattler, who is running a “Seattle is Dying“-flavored campaign. Chamber money to amplify business backlash and homeowner rage doesn’t appear to be a winning council formula it was cracked up to be given a handful of distant second finishes. That is notwithstanding a deluge of campaign cash that corporations are readying via the Chamber’s Civic Alliance for a Sound Economy (CASE) political action committee, which will spend more than a million dollars trying to close the gap in these races. CASE money may resurrect some moribund campaigns, but it also might end achieving little outside of enriching some political consultants.

Former city councilmember and fill-in mayor Tim Burgess also has formed a political action committee (PAC) mirroring CASE’s tactics and endorsements. Incidentally, Burgess was skilled at mobilizing the business-homevoter alliance throughout his political career, and his former legislative aide Pedersen was also the most successful at following that playbook. Relying on wealthy megadonors rather than corporations directly, his PAC, christened People for Seattle, has raised $419,000 and specialized in negative mailers targeting labor candidates. Corporate lobbyist Sandeep Kaushik (whose clients include Comcast, Lyft, and Airbnb and who backed Murray and Durkan in their mayoral campaigns) has offered his services pro bono to People for Seattle and is insistent his side be called “Progressive Pragmatists” since he preferred the ring of that to other alliterative alternatives like Milquetoast Moderates, Bodacious Bootlickers, or Slippery Samaritans.

It’s uncertain how lasting the business-homevoter alliance will be. The business community is generally pro-upzone, while opposing the Mandatory Housing Affordability (MHA) upzones has been a rallying point for homevoters and constant source of griping from the Seattle Times Editorial Board–even modest backyard cottage reform was greeted as an attack.

On the other hand, if the business community contents itself with the status quo on housing rather than pushing ahead for more zoning reform like they’ve claimed they want, maybe they can keep homevoters in their court. Pairing pro-corporate growth polices with anti-housing growth policies would be going the route of San Francisco. This would be a disaster for tenants, but homeowners could bank incredible gains as housing prices skyrocket to Silicon Valley levels. The catch is eventually super-high housing prices begin choking business growth as workers move away or decline to move into such an ungodly expensive region. And, reducing homelessness while rents shoot through the roof is really hard to do.

For urbanists, homevoter candidates backed by a chamber warchest is clearly a threat that must be defeated. Hopes of scaling back or ending the apartment ban that grips two-thirds of the city would be over if this business-homevoter alliance solidified and seized power. Moreover, revenue for social housing would be hard to come by with business taxes off-limits. The labor-social justice alliance that went five for five in the primary offers reason for hope. Plus, peeking ahead a bit, it also looks like a winning formula in the looming 2021 mayoral race, at least with the right candidate–a widely popular at-large councilmember, for example.

Looking back at early returns