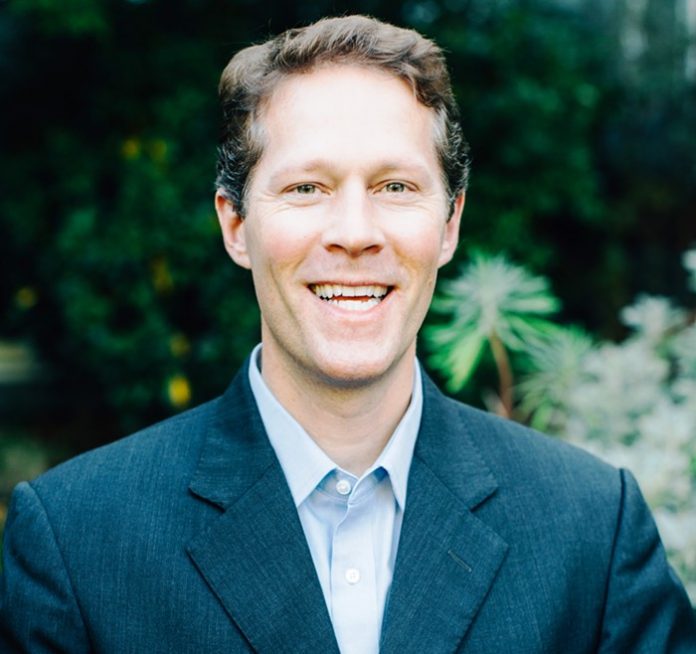 Alex Pedersen won 40% of the primary vote in Seattle’s Fourth Council District, but some of his views are very out of step with the electorate. He has taken steps to conceal some of those issues. For example, Pedersen opposed the Move Seattle transportation levy in 2015 and the Sound Transit 3 (ST3) ballot measure in 2016, which passed with more than 70% of the vote in Seattle. As he launched his city council campaign, Pedersen deleted his “4 to Explore” blog–as Erica C. Barnett reported–including his posts railing against transit measures and bike lanes. But the internet is forever.

Despite Pedersen’s plea against ST3, the fourth district backed ST3 overwhelmingly as you can see in the precinct results map below. It fell short of 50% in only three—albeit narrowly—of a hundred-plus precincts, some of the district’s wealthiest single-family areas: Windermere and View Ridge. The dark blue marks precincts where at least 70% of voters backed ST3. Some precincts were in the high 80s.

Out of step with his district

The argument that Pedersen used to justify his opposition to ST3 was that progressive taxation would be better than the financing package ST3 used. However, given Pedersen’s opposition to the Employee Hours Tax (a.k.a., head tax), which targets Seattle’s large employers, it’s hard to see that as a consistent principle of his. It also ignores that the Washington State Legislature provided Sound Transit with limited funding options and opted not to provide progressive forms of taxation. In fact, Olympia has refused to pass an income tax or a capital gains tax even when under full Democratic party control. Furthermore, the Seattle Metropolitan Chamber of Commerce, which has made it its mission to block corporate taxation, endorsed Pedersen. So, they don’t seem to view him as a serious threat to their power, but rather a tool to further it. And even if Pedersen got his do-over, it would delay transit projects that voters want as soon as humanly possible.

Perhaps Pedersen could have cleared the air and fleshed out his platform, but he skipped the Move All Seattle Sustainably (MASS) transportation forum during the primary. Here’s what Pedersen said about ST3 back in his blogging days:

We want more extensive public transit, but should Big Business get a free ride while the poor pay more? Of course not. Shockingly, that’s exactly what the $54 billion Sound Transit 3 (ST3) ballot measure would do. ST3 would shovel unfair, regressive taxes onto the people while several large corporations reap the benefits.

Example: Sound Transit 3 would increase Sales Taxes on the general public to build a new light rail extension that benefits Microsoft Corp headquarters in Redmond. (This is the same Microsoft that already uses off-shore accounts to avoid other taxes.) (Existing Sound Transit 2 taxes are already building a light rail TO Microsoft headquarters.)

The politicians deciding who pays — including Northeast Seattle’s Councilmember Rob Johnson (who sits on the Sound Transit board) — let us down. While they call themselves “progressives,” their proposal for more Sales Tax is regressive. Their proposal for more Property Tax means renters and homeowners will struggle to pay several other local levies, including the nearly $1 billion “transportation” levy enacted just months ago (109,000 votes in favor; 77,000 votes against).

The only way to make the politicians listen is to put our foot down.  REJECT AND RE-DO SOUND TRANSIT 3: MAKE CORPORATIONS PAY FAIR SHARE.

Pedersen goes on to specifically suggest re-doing ST3 to require Microsoft pay more. Amazon gets no mention in Pedersen’s anti-corporate performance piece. Thus, we have an example of Brett Hamil’s Proximity Law of Seattle Politics. Pedersen will make a show of standing up to Microsoft, which is based in Redmond, but he’s soft on Seattle-based Amazon, which is also getting some light rail stations near its sprawling South Lake Union campus and over which he’d actually have taxing authority if elected.

In their Pedersen endorsement, the Seattle Times Editorial Board dinged his opponents Shaun Scott and Emily Myers for supporting corporate taxes like the employee hours tax: “For them, “Tax the Rich!” is the equivalent of Trump’s “Build the Wall!” Such battle cries might resonate with partisans, but the plans fall apart under scrutiny. No, neither big companies nor Mexico will pay for the wish list. (…) While both seek new progressive taxes and favored the city’s job-killing head tax, neither could say which regressive taxes they’d reduce to balance the system.”

Judging by his recent campaigning and his Seattle Times endorsement, Pedersen has flip-flopped from progressive taxation warrior to defender of entrenched corporate power in about the length of time it takes to form a political action committee (PAC). By the way, the chamber-backed Civic Alliance for a Sound Economy (CASE) PAC is pledging to have its biggest warchest (buoyed by $450,000 so far from Amazon) and its most aggressive campaign season ever to “take back our city.”

It’s also interesting to see the chamber get behind an anti-upzone candidate–Pedersen opposed the Mandatory Housing Affordability (MHA) rezones–after they argued that the reason the head tax wasn’t necessary was upzones would do the trick.

Pedersen has also made it clear he opposes bike lanes, which he sees as wasteful and subject to the veto of any homeowners or businesses complaining. It’s an emphasis of his campaign website, which now has an issues page with the primary over, and cites the unsafe design for NE 35th Street that car activists won as a model.

Listening:
No More 35th Avenues: With new leadership on City Council, we should never repeat the transportation fiasco on 35th Avenue Northeast in Bryant and Wedgwood. Until Mayor Durkan stepped in, “35th Avenue” symbolized City Hall not listening.  The Seattle Department of Transportation (SDOT) proposed to spend $8 million to repave 35th Ave, remove parking, and install bike lanes (per the Bicycle Master Plan). Completing an interconnected bike network in our city makes sense, but details matter. In the case of 35th Ave NE, the vast majority of neighbors and small businesses, however, overwhelmingly wanted just the crosswalks — and they wanted to preserve the parking and bus stops.  After direction from Councilmember Rob Johnson, SDOT planned to ignore community concerns and proceed with the expensive project. Then the neighbors and small businesses got organized and — after volunteering huge amounts of their personal time — finally got the attention of the Mayor. With the increasing amount of taxes they pay, residents should not need to give up huge amounts of time and money to get their city government to listen. (For a March 26, 2019 Seattle Times article on that compromise, CLICK HERE].  The lessons of 35th Avenue — listening to impacted residents — should be applied to other large transportation projects.

At a D4 candidate forum yesterday, Pedersen tried to have it both ways, saying he supported the Bicycle Master Plan, but that is was a “living document” to be litigated street by street–suggesting business owner and homeowner pushback should weigh heavily in decisions. (You can watch the debate video here and a tweet recap is here.) In practice, we know that approach means very little progress on Vision Zero and the Bicycle Master Plan and a worsening street safety crisis in our city.

Who is Alex Pedersen?

So who is Alex Pedersen? Admittedly he is a polished and disciplined politician. He can be a chameleon on the issues depending on whom he is trying to impress. However, taking a close look at his record, his deleted blog posts, and where he places emphasis in his platform, it’s clear first and foremost he is an opportunist who will say whatever is necessary to get elected. And more often than not, he’s a Dudleyite who’d fit right in on the Seattle Times Editorial Board.

He launched his campaign as a slow growth populist and secured tons of endorsements from anti-MHA neighborhood groups and the Seattle Times Editorial Board, but he also made inroads with the business community and the chamber and won their backing and that of his former boss Tim Burgess, too. How he would keep both slow growthers and the chamber happy is beyond me, but it’s a formidable coalition in D4 that will take lots of other groups uniting against it and mobilizing in order to defeat it.

The Urbanist Election Board has endorsed Shaun Scott in D4.