We’ve moved beyond the initial excitement about the sizzle of smart cities. The basic idea—much heralded but limited so far in practical application—is to create a digital mobility ecosystem in a dense urban center. Its components would include a modernized electric grid ( ideally powered by renewable energy sources), extensive availability of mass transit and electric vehicle chargers, and state-of-the- art traffic controls that are based on real-time commuting and pedestrian patterns. As Columbus, Ohio, the first winner of the US Department of Transportation’s Smart City Challenge, notes, “As a region with urban sprawl, we are committed to a new, improved ecosystem to move people and goods.”

The distance between concept and proof of concept remains significant, however, particularly since there is little government funding at any level for anything more than a series of test beds (Columbus only has $50 million in public and private funding to date, for example). While smart city projects are useful in generating essential technical knowledge, they are not being designed to capture critical behavioral insights that will affect how city residents (and taxpayers) will utilize and support any initiative to make their city “smart.”

This means that it won’t be enough for cities to roll out ambitious plans, accompanied by a splashy video and a striking website, that deliver more heat than light to businesses and the public alike. That’s because the development of a smart city model will involve capturing, disseminating, and storing massive amounts of 24/7 data. Some will be aggregated data that preserves individual anonymity, but anything that involves individual or household usage (e.g., energy management monitoring) will by necessity require personally identifiable information.

Here’s how those who are thinking about digital privacy in a smart city context might approach this elephant in the room—gingerly, of course. First, digital privacy needs to be viewed in political terms along with the technical requirements that will enable a smart city ecosystem. Since virtually everyone in a city is a stakeholder, this raises issues about how to solicit input, and comply with legal requirements for doing so, from businesses, community groups, and individuals regarding their expectations for smart city digital privacy protection.

A diverse digital privacy task force should be organized at the earliest possible opportunity by the municipal authority charged with smart city planning. It should report to the Mayor, with written reports issued at least on a quarterly basis for public comment. Anything less runs the risk of raising community ire for insufficient transparency and accountability.

Cities also need to understand better the economics of digital privacy protection, particularly as they begin to draft Requests for Proposals (RFPs) from private sector vendors. Absent this analysis, these RFPs may yield too many bidders that ultimately will not be able to deliver under a fixed-price contract.

Smart city planning also needs to have as wide a technological view as possible. For example, it should compare fiber optic backbone networking capability with emerging 5G networks that may be more efficient on balance. And since biometric data gathering increasingly will be used in smart cities on a massive scale, it should be added to the cost-benefit trade-offs that will need to be considered.

Accounting for digital privacy concerns to a complex set of smart city planning considerations may be too much for some municipalities. In reaction, they wither may impose reflexive moratoriums on certain capabilities, such as facial recognition, or pull back on their ambitious plans in part or in whole.

This points to the need for more collective knowledge regarding benchmarks and best practices that cities should share with their population size and demographic peers. Here, the United States Conference of Mayors, representing over 1100 cities with populations of 300,000 or more, is well positioned to facilitate robust information sharing about smart city digital privacy policies. Otherwise, a proprietary sense of smart city planning will create urban silos that are not part of a beneficial national movement. Smart cities need scale, and the more they are able to learn from others, the better positioned they will be both internally and as contributors to a larger nationwide aspiration.

Perhaps the best advice about how to make smart city planning smarter in the area of digital privacy was provided in another context by the leader who understood how important it was to establish an interstate highway system in the 1950s to physically move people and goods throughout the United States. “If a problem cannot be solved, enlarge it,” counseled Dwight D. Eisenhower. Digital privacy is one concern where enlargement will underscore its importance, while also increasing the likelihood of long-term smart city success.

The featured image is by Hugh Han via Unsplash and depicts Sydney, Australia during Vivid Lights festival. 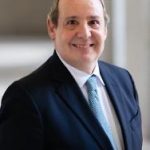 Stuart N. Brotman is a Fellow at the Woodrow Wilson International Center for Scholars in Washington, D.C. He is based in its Science and Technology Innovation Program, focusing on digital privacy policy issues.