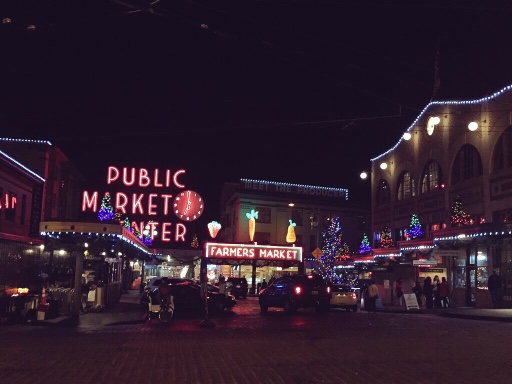 This article is adapted from testimony for HB 2882 prepared by the author and presented to the Washington House of Representatives Committee on Housing, Community Development and Veterans. The written testimony was much more concise and interesting than Ray’s rambling three minutes of oral testimony, so you’re getting the good stuff. The bill was voted out of committee and is currently in House Rules.

The Washington State Legislature is considering a bill to create the Interbay Community Preservation and Development Authority. The creation of such an authority was recommended by the Interbay Public Development Advisory Committee as part of the proposal to manage development of 25 acres of newly developable land available when the Washington National Guard moves to North Bend.

As mentioned here before, the Armory sits at the center of tangled infrastructure and competing interests. Successful development of the Armory site depends on repairing these crucial links and coordinating all these competing players. A public authority has the opportunity to cut through this complex fog.

But why a public development authority? Interbay is one of three bills in the state legislature this year establishing or amending public authorities: SB 6469 amends health authorities for behavioral health treatment, and SB 6592 amends the definitions of tourism authorities. Municipalities, counties, and the state are relying on public authorities to perform more functions. We must ask: is this appropriate?

A public authority is, in short, a corporation. Set up by a government, a public authority gets a focused charter stating its purpose, a board of directors, and power to perform the tasks set in the charter. The board of directors can include an assortment of local officials, community members, and agency representatives–whomever is allowed in the legislation. The authority’s powers can include entering into contracts, engaging litigation, and buying and selling land. Authorities are created to spur cooperation, such as King County and Seattle’s unified regional homelessness authority. Some authorities get specified powers directly from the government that creates them. These may include local historic and zoning control or public bonding authority.

The Legislature routinely relies on public authorities of various sorts. In the 2019 legislative session, 40 bills passed and signed by the governor permitted funds to be allocated to a public authority for purposes as diverse as stadiums, transit, housing, and health care. A good example is how the legislature’s 2019-2020 transportation budget (HB 1160) identified three authorities to receive funds:

More locally focused, Public Development Authorities (PDAs) are chartered by local governments to create a specified project or manage an ongoing neighborhood task. There are more than 70 public development authorities in Washington State. They are spread throughout 22 of the state’s 39 counties with the most being in King and Spokane Counties.

There may be more authorities in the pipeline. Several studies released by the City of Seattle over the last year propose addressing particular issues with the creation of a corporate authority outside regular government. The Seattle Planning Commission’s white paper titled “Evolving Seattle’s Growth Strategy” calls for land trusts and other anti-displacement strategies “key components of a more equitable growth strategy.” The city’s Affordable Middle-Income Housing Advisory Council report recommends creating a “Transit-Oriented, Land Control Entity.” This entity would leverage the region’s investment in transit with the creation of a multi-jurisdictional entity to “consolidate and align regional housing strategies” around regional transit infrastructure.

The most clear summary of why we are relying on authorities came unexpectedly from the Seattle Office of Arts and Culture. Their search for cultural space “requires a market to act against its own short-term interests and to instead invest in long-term strategies. This report explores the creation of an intermediary that can exist simultaneously inside and outside the market.” We want these authorities to straddle worlds. That we have so many worlds to straddle means we’re making a lot of authorities. We don’t track how they all work together.

The specific flavor of authority proposed for Interbay is a Community Preservation and Development Authority (CPDA). This is a state level authority, created through an act of the Washington Legislature. The recommendation to create the Interbay CPDA also included a series of proposed amendments to the enabling legislation (RCW 43.167.003) because “as currently codified, that statute creates numerous obstacles for the Interbay project.” The report proposes amendments to the purposes, powers, and structure of the The need for these amendments are born out by how few times the CPDA statute has been used, even while the overall number of public authorities is expanding.

Though 13 years old, the CPDA statute is currently used in only one place: the Historic South Downtown CPDA. It is chartered for “preserving, restoring, and promoting the health, safety, and cultural identity of Seattle’s Pioneer Square and Chinatown-International District neighborhoods.” The organization applies for state grants for park and public space improvements, marketing, and technical assistance.

These public corporations are part of a larger conversation. We are handing significant powers to corporate entities across the governance spectrum. Almost 80% of new housing in the United States is built as part of a homeowners association–a quasi-government whose elections are based on land ownership rather than citizenship. Our elections are managed by state level franchises of two governance management companies: the Republican National Committee and the Democratic National Committee Services Corporation. Relationships with our schools often occur through a parent-teacher organization, another non-profit corporation. And this is separate from the giant tech companies who have stumbled into being governments.

On some level, it makes sense to create a corporation with a specific list of goals and let it go with enough autonomy to get the job done. It takes care of the messiness of governing, elected officials do not have to micro-manage a particular task, and taxpayers get the efficiency and focus of an entity with a clear task.

But in practice, we are not cutting through clutter. When you have a situation like Chinatown-International District and the stadiums with seven different authorities pulling different directions, the authorities are the clutter.

Our governments are dropping new entities into an already crowded field, dividing the attention and participation of interested voters, and shirking their own oversight obligations. Groups of homeowners are spinning up associations with opaque membership and outsize voice. The rules of engagement between these entities are unclear. We are manufacturing a middle layer of governance creatures. We’re creating perpetual entities and we have no say in how they play together or who is actually in charge.

It is important that we look at projects like Interbay as candidates for incorporation as a public authority. That is the current tool that we have to steer development at the Armory. We must also understand that, from the day it is established, the Interbay CPDA will be directly competing with numerous other corporations costumed as authorities, associations, trusts, and companies. It will be part of a governance ecosystem growing in our state. We must start asking if this ecosystem is healthy or if it’s just running wild. 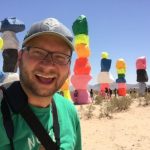