With about one year’s worth of Mandatory Housing Affordability (MHA) funds we could use eminent domain to secure the private and exclusive Broadmoor and Sandpoint golf courses, laying the groundwork to transform them into environmentally sustainable mixed-income housing and massive public parks. This would both end a massive $1.2 million (at minimum) annual tax subsidy for the super rich and improve Seattle’s affordability and sustainability.

Too good to be true?

Not according to the King County Department of Assessments, which has set the “true and fair value” for the 221 acres of the Broadmoor and Sandpoint Country clubs at less than a dollar per square foot, $8.5 million–a massive discount versus every other parcel in the city. Single family parcels in Seattle run $20 per square foot on the low side, climbing up to more than $150. Even the city-owned golf courses are valued at $12.50 per square foot! As a result of this low-ball valuation, the private courses pay less than 6% of the property tax they should.

Don’t just get mad at the breadth of the current tax giveaway. Take action.

Are we being sandbagged?

So let’s rewind. The Broadmoor and Sandpoint Country Clubs are two of the largest undeveloped parcels in the city. Others include cemeteries, the four city-owned golf courses, and large city parks, such as Discovery, Seward, Carkeek, and the Arboretum. Unlike all of these, the two private clubs exclude the public entirely. So, what’s the big deal? The owners of private clubs are free to not open their land to the public. Right?

Yes. But here’s what isn’t permitted: sweetheart tax deals that violate the requirements of “true and fair value” (WAC 458-07-030) and “uniformity” (RCW 84.08.010). The Broadmoor and Sandpoint Country Clubs appear to be getting a massive pennies-on-the-dollar tax deal. Broadmoor is valued at 76 cents per square foot; Sandpoint at $1.03. If you live in Othello, on average land is valued at about $20; Magnolia, $60; Wallingford, $100; Thornton Creek, $30.

The numbers are pretty shocking, but even these current low golf course valuations are a marked increase from just a few years ago. Between 2010 and 2012, unlike most of the city, the Broadmoor assessment plummeted 68% and Sandpoint 85%, recovering in 2018. Coincidentally, the employee responsible for assessing the Broadmoor and Sandpoint Country Clubs lived in Broadmoor. (She no longer works for the department.)

This is a big charge. What’s the evidence?

The King County Department of Assessments is responsible for valuing all property in the county. Here’s what the Department of Assessments says about how it values golf courses in the 2019 Area 343 Report: “The Assessor’s office values most golf courses as if they are the highest and best use of the site. The golf course land is valued accordingly, using large acreage land sales to establish land value. Both the cost approach (replacement cost new less depreciation method or RCNLD) and the sales comparison approach were utilized in the valuation of the golf courses.”

So let’s look at the 35 properties the Assessor has used as comparable parcels (page 13 in the Area Report). The average sales price is 70 cents per square foot. The average value of the 10 largest (20-40 acre) properties is 88 cents per square foot. Most of these parcels are in very rural areas outside Issaquah, Duvall, Auburn, and Maple Valley, where surrounding parcels are large, and zoning restricts development–sometimes to as little as one home for every 5 to 10 acres. It’s debatable that large vacant lots in rural areas are useful for setting the value of a large vacant parcel within Seattle city limits. For example, property values in downtown Seattle are about 30% higher than in downtown Bellevue. So it stands to reason that a large undeveloped parcel in Seattle is worth more than one in rural King County.

And indeed, the data backs this up. The most recent comparable sale used for golf courses is inside North Bend city limits, not far off I-90, and next to a park and river. It sold for $4.20 per square foot, for development as housing. More importantly, the Talaris Conference Center, a large parcel in Seattle’s Laurelhurst neighborhood that was recently acquired by housing developers just sold for $20.14 per square foot (the assessed value is $33.49.)

Yet somehow, the King County Assessor asserts that an undeveloped parcel in North Bend, 32 miles from downtown Seattle, is worth 552% more than the Broadmoor Country Club, and that Sandpoint Country Club is worth just 5% of the nearby Talaris.

The valuation differences are even more dramatic when we look at the single-family parcels near the two courses. These parcels around Broadmoor, which are also zoned SF 7200, are valued at $151.90 per square foot (almost 200 times more); the single family parcels around Sandpoint are valued at $100.52 per square foot (97 times more). Even Danny Westneat inThe Seattle Times tacitly agrees the private courses are woefully undervalued.

Why does this matter?

The undervaluing of the private Seattle Golf Courses means you, as a renter or homeowner, pay more property tax. Washington State property tax for a given parcel is based on two things: the government budget for a tax district and the value of the given parcel as a percentage of the value of all property. Most simply, if the county budget is $500, and all property in the county is valued at $1,000, and my parcel is valued at $100, then my tax is $50 with a tax rate of 10%—the math is ($100/$1,000)*$500. But say the total property value in the county increases to $1,100 (because we correctly assess golf courses), then my tax drops: ($100/$1,100)*$500=$45. What will the private courses pay in property tax for the 2019 assessment year? A combined total of $78,505.44. For comparison just two single-family parcels in Broadmoor that total just 0.6% the size of the golf course pay more tax than the entire golf course!

If the private courses had been valued like the North Bend or Talaris properties, or the average home parcels nearby, they would have paid dramatically more tax.

But is this a fair critique, to compare the assessment of a golf course (which is zoned as Single Family) with the nearby single family properties? The Assessor would say, no:

“Golf courses, especially private ones, have very restrictive uses and convenants on what they can be used for and junkyards don’t. You could take the junkyard and turn it into a commercial building. You can’t do that with a privately held golf course.” (May 4, 2020)

Okay, fair enough. So let’s compare the Broadmoor and Sandpoint Country Clubs with four nearby courses, Seattle’s municipal courses. The municipal courses are assessed between 1,200% and 8,200% more!

And what would this mean for taxes? Were we to value the private courses as we do Jefferson Park, $15 per square foot, the courses would pay $1.2 million more in tax per year. Instead, the private courses pay 6% of the tax they should. This represents a massive subsidy for private and exclusive country clubs that other private clubs like the Seattle Yacht Club and Seattle Tennis Club don’t get.

For further comparison, the King County Department of Assessments has also assigned a value to Seattle Parks and cemeteries. All of them, including the Arboretum and Magnuson Park which are adjacent to the two private golf courses, are valued significantly higher. The Assessor’s assertion that the Seattle private golf courses are valued according to the value of large undeveloped parcels fails the sniff test.

So what should we do?

The City of Seattle should buy Broadmoor and Sandpoint golf courses via eminent domain, using MHA funds to do so, and convert them into housing and parks.

Seriously. As The Seattle Times points out, buying new parks is normally extraordinarily expensive. But here’s an opportunity for us to buy parkland for cheap. Per the Department of Assessment, the golf course land is worth less than $5 million each. If we tack on the club buildings, the value of both golf courses amounts to $20.5 million. In 2019, Seattle brought in $15 million in fees from developers to pay for affordable housing. So let’s use 2020’s MHA funds to eminent domain the courses for their assessed value. After we purchase the land at the King County Assessor’s “true and fair value,” we can transform half of the sites into mixed-income environmentally sustainable passivehaus housing, and turn the rest into parkland. The housing will bring in revenue that will eventually recoup the cost and generate additional revenue for more housing, as well as increase the tax base dramatically more than the current golf course.

Ah, “But this is Seattle,” you protest. “The country clubs will fight the sale!”

They may. But will their argument hold water? That there’s no public purpose? But we’re in a housing crisis, and we need more land for homes. And our per capita park acreage is dropping by the week as new neighbors move into the city. Both are valid reasons to eminent domain the courses.

Or do you think that the clubs will argue that the “true and fair value” is too low?

And that’s the point.

If the exclusive country clubs want to argue that we should pay a higher price for their courses, let them. We can use the process to set the value to $15, $20, $50 per square foot, and the courses can finally start paying their fair share of taxes, ending this public giveaway to the super rich.

I promised at the beginning I didn’t want you to just get angry, I wanted you to take action. What can you do?

How to find your King County and Seattle representatives: 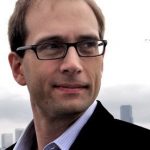 Paul Chapman lives in Wallingford and advocates for progressive urbanist causes. You can follow him on Twitter at @PoulChapman.