How have you been breathing lately? Not well I’m guessing. The last few weeks have seen Seattle, along with cities up and down the West Coast, choked in a surreal, oppressive smoke. For the last six months, it seemed that the outdoors was the only safe haven from Covid-19. But since late August, those of us fortunate enough to have secure housing have been trapped inside.

Meanwhile, our houseless neighbors are faced with an impossible choice between overcrowded indoor shelters or hazardous air quality outside. The smoke is a visceral representation of policy failures to meaningfully tackle climate change, environmental justice, and affordable housing.

The Climate Change/Land Use Nexus

The science is clear that we need to decarbonize our communities rapidly if we’re serious about a livable future. Yet, Washington continues to lag in reducing greenhouse gas (GHG) emissions. In 2008, the legislature set targets to match 1990 GHG emissions in 2020, then reduce to 25% below 1990 levels in 2035 and by 50% in 2050. Even these targets are not aggressive enough to prevent the worst impacts of climate change on shorelines, forests and water supplies. In 1990, Washington state sent 90 million metric tons of GHGs into the atmosphere; in 2017, that number was 97.5 million. So, so far, not looking great at meeting our first target.

Vehicle emissions are the biggest contributor to Washington’s GHG emissions, accounting for 44.6% of the state’s emissions. While many proposals have been introduced over the years (including a carbon tax or low-carbon fuel standard), readers of The Urbanist know that one of our best solutions doesn’t involve decarbonizing cars: it’s investing in communities where people don’t need a car at all to get around.

Dense, affordable, walkable, and transit-oriented communities are one of our best tools in the fight against climate change. In a recent interview, former California governor Jerry Brown noted that “ingrained policies in states like California, with its sprawl, devotion to single-family houses and reliance on automobiles, had also contributed to the [wildfire] crisis.” In contrast, the 2019 C-40 cities report noted 30 major cities across the world have already reduced their GHG emissions by at least 10% since 2015, with London, Berlin, and Madrid averaging a 30% reduction and Copenhagen reaching a whopping 61% emissions reduction.

Here in Washington, we’re over 50 years into the suburban experiment that moved (mostly White) people out of cities and into car-dependent suburbs and exurbs. The impact of encroaching development on Washington’s natural areas led to a movement that helped pass the Growth Management Act (GMA) in 1990, making Washington one of the few states in the nation with a statewide framework for planning for growth.

However, 30 years later, we’re seeing the limitations of the GMA as written. While Washington’s cities and counties are required to update their comprehensive plans every eight years, these plans don’t adequately address our affordable housing needs to make it possible for people at every income level to live in cities. Worse, they aren’t required to plan for climate change or environmental justice at all.

If we want to make serious progress on reducing our GHG emissions, we need a more robust planning framework that requires our communities to plan for climate change mitigation and adaptation, and to build enough housing at every income level to make it possible for Washingtonians to live car-free lifestyles.

In the next few years, our biggest cities and counties will be updating their comprehensive plans, establishing a road map for growth for the next decade. We can’t wait another decade to take action on today’s biggest challenges.

That’s why next week, on Thursday, September 24th, Futurewise will officially launch our Washington Can’t Wait campaign to fight for a GMA that meets today’s challenges. The GMA currently has 14 elements that comprehensive plans must account for, like housing, transportation, and utilities. We’re fighting to add a climate element, strengthen the housing element, and incorporate environmental justice throughout the Act.

RSVP now to meet with State Representatives Joe Fitzgibbon (D-Burien) and Davina Duerr (D-Bothell) and learn how to get engaged on this campaign. Together, we can secure a more equitable, affordable, and sustainable future for everyone in Washington. 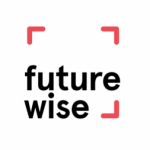