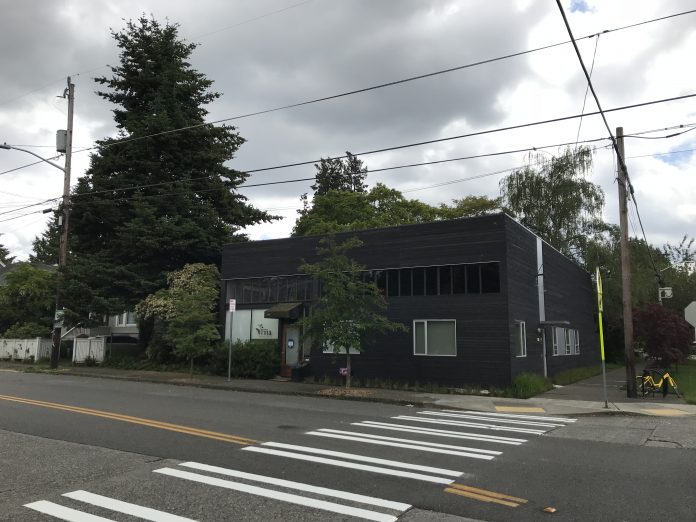 Burien is seeking to bring back the cornerstore to residential neighborhoods. An ordinance adopted on Tuesday will pave the way for “legacy storefronts” to return in areas of the city that have historically had commercial spaces but ceased as Euclidean zoning stamped them out over the decades. The timing of the legislation is quite on the nose as so many white collar workers are telecommuting from home during the pandemic, making access to services closer to home all the more important. But even when the pandemic begins to recede and urban life returns to resembling something closer to normal, this change could undoubtedly benefit the neighborhoods that are served by a greater diversity of local services. In recent months, advocates across the country have begun to tackle this issue by exploring a similar concept of “accessory commercial units” for small-scale retail and commercial space.

What the ordinance does

The ordinance keeps a somewhat tight leash on when and where these cornerstores are allowed. For a building to be eligible, an applicant would need to have a structure that predates 1950 and show that it had a retail storefront prior to the cutoff date. The structure would need to feature a historic storefront that either remained intact or could be restored to its original design before 1950 with key elements like an entrance, windows, cladding, and other architectural details. Additional requirements for legacy storefronts include:

A primary example of a legacy storefront is the Three Tree Point Store that had operated until the late 1990s in a Craftsman-style building selling groceries and other goods. City staff cited this in their report to the city council. In a recount by Nelle Reichert, the store originally opened in 1903 long before road access was provided the Three Tree Point enclave.

The city report includes this excerpt from Reichert’s recount of how the Tree Tree Point Store continued as a legacy storefront and eventually ceased to operate:

The store had been an allowed nonconforming use in a residential zone. One year after Mr. McCafferey closed his business, the possible uses for the property reverted to those listed for the single-family zones, per the Burien Zoning Code. The current owner of the property hopes to restore the neighborhood storefront as a legal use under the revised Zoning Code.

The current owners’ family moved to Three Tree Point in 1941, purchased the store in the late 1970s, and are now fourth generation Three Tree Point residents. When the current owner was a child, the store sold ice cream, small gifts, and candy. The owners say they want to bring the store back to the neighborhood as they feel it is needed for the community, including people passing by on walks or visiting the nearby beach.

Earlier deliberations on the ordinance

In a January city council meeting, city planner Susan McLain said that these land use code changes will probably be limited in use since there are so few legacy storefronts in Burien. She said that she only knew of the Three Tree Point Store as a living example despite having criss-crossed much of the city looking out for others, but there could be others in neighborhoods like Boulevard Park.

Councilmember Kevin Schilling expressed support for the legislation saying that the proposed approach was a good start for Burien. He wondered, too, if it might be reasonable to extend the discussion further down the road to include allowing new modern storefronts in residential areas. “Actual structures that are built up within neighborhoods to do what these old ones used to do,” he said.

McLain responded by saying that could be a topic that the city looks into. She also said that the local history of development in the county and Burien in the early 20th century was centered around trolley lines, which meant people walked to get goods and services near the places they lived. That led to the organic nature of storefronts springing up in residential neighborhoods until the mass adoption of car ownership and zoning codes that discouraged this in the latter half of the century, she added.

As a policy, McLain said that people are increasingly interested in mixing uses like the earlier decades of the 20th century. The challenge though is how to do it while retaining quieter character attributes that many residents want. Figuring out what the “appropriate mix” is the key, she added.

Councilmember Schilling said his neighborhood near Highline High School was a great candidate for more small storefront given its higher density nature and local amenities. He noted that having someplace like that to walk to would be a great addition for the community.

Councilmember Nancy Tosta was also very supportive of the legislation. She pushed on the initial batch of uses allowed which were narrower in scope, suggesting that food preparation uses should be permitted, too. She also proposed a general increase to four employees per legacy storefront instead of the two permitted–with the limited exception of four when near transit–in the draft legislation. She was supported in these changes by Councilmember Cydney Moore who moved that they be adopted with unanimous consent. With that, the city council moved on to other agenda topics, which really seemed to indicate how non-controversial the proposed land use changes were even as the city council took action to provide more flexibility for legacy storefronts.

With the legislation now adopted, Burien should see the return of the Three Tree Point Store and possibly other small legacy storefronts in other neighborhoods on the horizon. Councilmember Schilling’s idea for more cornerstores generally, however, is something to watch to see if it gets any traction.