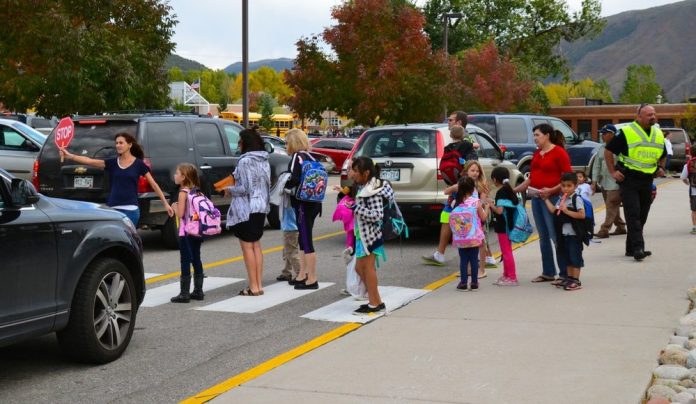 The Washington State Legislature is in ongoing legal trouble for failing to properly fund schools. The City of Seattle has many solemn commitments to improving walkability and equity. Why, then, does City code require the school district to spend thousands of dollars every year asking for permission not to turn school property into parking lots?

As shown in these illustrations, if the Seattle School District had complied with the City requirement for private car storage in the recent retrofits at Magnolia and Queen Anne Elementaries it would have obliterated all outdoor play space and a significant amount of indoor education space. The City also requires that the District move school bus loading from the road–a public space already designated for use in mobility–to within the school lot. Doing so at Magnolia and Queen Anne would remove space for education entirely.

Transportation is an equity issue. Affluent families are far more likely to own cars and have the schedule flexibility to drop kids off at school. A site plan that devotes scarce land resources to circulation for privately owned cars is inequitable. A site plan that provides safe and inviting spaces for pedestrians and bicyclists is one that can be equally accessed by all of Seattle’s residents.

Schools with existing dedicated drop-off zones within school property report that managing the drop-off area is staff-intensive and drivers behave in unruly ways that cause traffic jams and injuries. The highest number of student traffic injuries perennially occur inside parking lots. Creating new private car infrastructure sets the expectation that families will be able to easily drive to and from the school at arrival and departure times. Given the logistics of moving many children in a small area at the same time, this unrealistic expectation predictably results in conflict and anger.

Encouraging a dispersed traffic pattern, where families (excluding the medically fragile of course) park remotely in the neighborhood and walk the final block with their kids, produces a safer setting. Sidewalk interactions between families can result in pleasant conversation rather than frustration.

The presence of school buses on the streets around a school slows traffic and makes drivers more aware of school bell times–it is more effective than school zone signs and blinking beacons.

Author’s note: The City of Seattle School Traffic Safety Committee was created by Ordinance 104344 in 1975 and codified in SMC Chapter 3.80 to bring together Seattle Public Schools, the City, and parents to improve safe routes to school. This board of 11 members brings together Seattle Public Schools (SPS), Seattle Department of Transportation (SDOT), Seattle Police Department (SPD), King County Metro, parents, and volunteers. 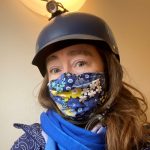 Margaret McCauley, PE, is an environmental engineer, mother of three children who she wants to be able to walk to school, and a volunteer member of Seattle's School Traffic Safety Committee. She designed her own major in Urban Ecology at Harvard, was UN Environment Program desk officer at the U.S. Department of State, and a shepherd in Wales for lambing season one year. She's currently leading an international cold weather poo treatment research consortium she founded to support an effort to see if Alaska Native Villages can simultaneously reduce poo pathogens, generate methane to displace diesel for home heating, and make a dent in the mounting numbers of Amazon Prime boxes stacking up in the Arctic.