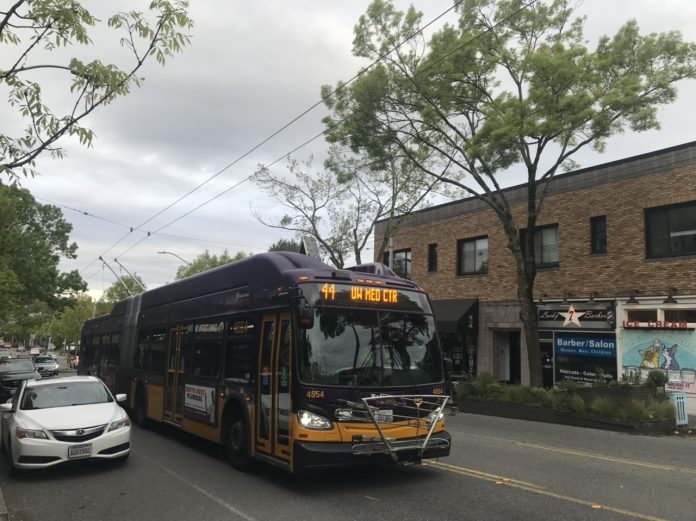 Puget Sound transit agencies have announced an end of pandemic-era capacity limits on buses, trains, and ferries. In a joint notice, the agencies said that regular capacity will return as soon as July 1st for most and July 3rd for others as ridership has started to rebound in earnest and Covid vaccination rates top 55% in the state. The announcement had been hinted at last week by King County Metro staff.

Washington State Ferries will cease its protocol requiring people who boarded by car to say in them for the duration of sailings. Community Transit has advised riders concerned about capacity to use its bus seat available tool, though it’s not real-time. The Transit app, however, has a crowd-sourced tool that is providing live capacity information as reported by riders. Additionally, Kitsap Transit has warned that removal seat cards restricting use won’t be completed prior to July 1st.

Capacity limits were put into place as a measure to mitigate the spread of Covid on transit vehicles, though studies have shown that transmission of the virus has been fairly uncommon. At times, the capacity limits have led to transit riders to being left at the curb. Some agencies tried to mitigate this problem with additional trips on higher demand routes. Reducing capacity limits like Metro has done in recent months, however, has meant that more regular service can be deployed elsewhere in the system. Restoration of service on Eastside routes this past weekend is one example of that.

Though the capacity limits are ending, the federal mask mandate by the Centers for Disease Control and Prevention will continue to remain in place. Local transit agencies intend to enforce this order at all transit facilities and onboard vehicles. Violation of the order is a federal crime.