The impacts of climate change are upon us. Just this year, we’ve seen wildfire smoke blanketing the nation from the West Coast to New York, unprecedented rainfall turning the streets of East Coast cities to canals while 90% of the West suffers drought conditions, and hundreds of people freezing to death in their Texas homes just months before a ‘once-a-millennium’ heat dome killed hundreds of Washingtonians. We should have taken stronger action to address this problem decades ago, but it’s not too late for us to avoid the worst effects of climate change.

Congress has been successful in passing an infrastructure bill (and we’re hopeful about the Build Back Better plan) to increase federal investment in transit, electric vehicles, building electrification, clean electricity generation and transmission, high speed rail, and clean technology research. But even those welcome steps are not enough to meet the United States’ commitments under the Paris Agreement or Washington’s statutory greenhouse gas reduction targets.

Our Legislature took huge steps this year to reign in fossil fuels and combat climate change. We became the second state in the country to pass cap and invest legislation. This legislation, the Climate Commitment Act, legally limits Washington’s greenhouse gas emissions, steadily reduces those emissions over time, and reaches Washington’s goal of net-zero emissions by 2050. We also joined Oregon, California, and British Columbia in adopting a Clean Fuel Standard to limit emissions per unit of transportation fuel energy to 20% below 2017 levels by 2038. We passed legislation to phase down use of hydrofluorocarbons, a chemical used in cooling and refrigeration that can be thousands of times more damaging to the environment than carbon dioxide, and first-in-the-nation legislation to mandate minimum recycled content in plastic products like garbage bags and shampoo bottles as well as to phase out Styrofoam. And we passed the Healthy Environment for All Act to form the Environmental Justice Council to require that state agencies consider the impacts of major agency actions on disproportionate impacts and overburdened communities.

In the 2022 legislative session, Washington needs to build on these successes with more legislation to curb greenhouse gas emissions, starting with decarbonizing our buildings. Buildings represent 23% of Washington’s carbon footprint and are the fastest-growing source of greenhouse gas pollution in our state. Gov. Inslee, Rep. Alex Ramel, and Sen. Marko Liias are working on a comprehensive approach to decarbonize our building sector by creating new incentives to switch from gas to electric heat, requiring more commercial buildings meet energy efficiency standards, allowing local governments like Seattle to adopt stronger energy codes than the state, requiring gas utilities to reduce their emissions over time, and ensuring justice in the transition for energy users and workers.

We must also incorporate climate change planning into the Growth Management Act, the comprehensive land use planning framework for Washington’s counties and cities. By adding climate change mitigation and salmon recovery as new goals and requiring local governments to consult with tribal nations in their region, we can reduce emissions, recover endangered salmon runs, and save money by aligning local investments and local development regulations with these goals. These priorities, championed by Reps. Davina Duerr and Debra Lekanoff, passed the House last year but stalled in the Senate.

It’s also time for more action to reduce methane emissions. Methane is the second most impactful greenhouse gas after CO2, and its global warming impact is heavily front-loaded in the early years after it is emitted, making methane reduction one of the highest-impact steps we can take to reduce near-term global warming. We will pursue bills to better regulate methane emissions from landfills, to set a statewide target for diversion of organic material from the landfill stream, and a target for edible food diversion to food rescue groups. By combining these efforts with longer-term policies to reduce CO2, we can immediately slow the march of climate change.

We have more work to do to cut back on unnecessary plastic waste and recycle more of what plastics we do use; ensure that appliances for sale in Washington are the most efficient ones available; and to regulate emissions from rideshare trips which create 69% more greenhouse gas emissions than the activities they displace like walking, biking, or even using personal car. Uber and Lyft have already set goals for themselves, but legislation we have proposed would allow the Department of Ecology to hold them accountable for meeting these targets.

Lastly, we must be vigilant in ensuring that when the Legislature approves a transportation package, it prioritizes transit, walking, and biking more than past packages have done and focuses 18 Amendment-restricted dollars on road maintenance, preservation, and safety.

Legislative victories in 2021 firmly establish Washington as a state leading the charge for climate action. But the climate crisis is too urgent for us to stop now. We must channel the momentum of the last year to build bigger, better victories in the battle against climate change. The impacts of climate change are already upon us, but generations still to come are those who will experience the most severe impacts if we don’t accelerate our progress on greenhouse gas reduction sooner than later. We’re in this fight not just for ourselves, but for our nieces and nephews, sons and daughters, humans, and all other species, who are counting on us. It’s that sacred responsibility to our future that drives the urgency of today. We hope that you will join us by asking your legislators to prioritize continued climate progress in 2022.

Joe Fitzgibbon is a Democratic state representative serving the 34th Legislative District, which includes West Seattle, Vashon, White Center, and Burien. He serves as Chair of the House Committee on Environment and Energy.

Liz Berry is a Democratic state representative serving the 36th Legislative District, which includes South Lake Union, Belltown, Queen Anne, Magnolia, Ballard, and Greenwood. She is a member of the House Committee on Environment and Energy. 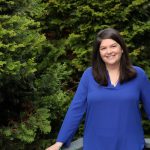 Liz Berry is a Democratic state representative serving the 36th Legislative District, which includes South Lake Union, Belltown, Queen Anne, Magnolia, Ballard, and Greenwood. She is a member of the House Committee on Environment and Energy.

Joe Fitzgibbon is a Democratic state representative serving the 34th Legislative District, which includes West Seattle, Vashon, White Center, and Burien. He serves as Chair of the House Committee on Environment and Energy.