According to their website this “small change,” would lead to “representative” elections. This is demonstrably not true — but their small tweak to our system could suppress the voting power of communities of color.

Like most people, advocates of Seattle Approves correctly recognize that restricting voters to just one choice, as our current system does, is the cause of many people’s frustrations with our elections. Voters want to make choices that reflect the full range of their values, and hate being pigeon-holed into supporting just one candidate.

Seattle Approves is hoping to capitalize on this frustration by introducing Approval Voting, a system in which voters are asked to fill in the oval for all of the candidates they approve of. The candidate approved by the most voters, however tepidly, would win. Critically, though, voters wouldn’t be able to distinguish between candidates. Your votes for your favorite candidate and the one you would begrudgingly-tolerate would be counted at the same time and have equal weight.

Are you an enthusiastic supporter of Teresa Mosqueda’s agenda of economic justice who, at the end of the day, would still prefer an inoffensive left-of-center White guy like Andrew Lewis to a corporate ideologue like Sara Nelson? Approval voting would require you to support Lewis equally to Mosqueda or not at all. This puts voters in a tough place: do they risk helping Lewis beat Mosqueda or do they go all-in on Mosqueda and hope that Lewis doesn’t narrowly lose to Nelson? This very real dynamic is the reason that only two US jurisdictions have ever used approval voting, and other places that have experimented with it have repealed it. It solves one problem by creating a host of new ones, like voting rights compliance or the fact that, under approval voting, candidates could get elected without ever being the first-choice of any voter.

This is a particularly dangerous system for communities of color, who are already forced to compromise their values at the ballot box all too often. In a close race between five candidates — one hostile to racial justice, two status quo moderates, and two progressives for racial equality — communities of color would be forced to hedge against the hostile candidate by ‘approving’ the moderate candidates alongside the progressive. But White liberals would face no such challenge, and the two moderates would win the highest “approvals” every time. The general election would then be a choice between two status quo candidates, sidelining racial justice as an issue and suppressing the voices of Black and brown Seattleites.

For some, like Clay Shentrup, the co-founder of the corporate-financed Silicon Valley group funding Seattle Approves, this is a feature, not a bug on the reform. When asked on Reddit, “What is the most neoliberal voting reform?” He answered approval voting and went on to cite evidence for the tendency of approval voting to “tend toward centrism” because they are “inherently somewhat neoliberal.”

Seattle Approves is aware of the power of this argument against approval voting, which is why they like to point to St. Louis’s 2021 city elections, the first use of Approval Voting in a major U.S. city, in which St. Louis elected its first Black mayor: Tishaura Jones.

But in raising this example, advocates avoid an inconvenient fact: Tishaura Jones was favored to win prior to the adoption of Approval Voting, in part, because the Black community and racial justice advocates had been organizing for more Black representation since Mike Brown was killed in 2014. So it shouldn’t come as a surprise that following the largest civil rights mobilization in American history, and after running a nationally-renowned campaign, a Black candidate won her race for mayor. (It is surprising, however, that Approval Voting backers credit themselves rather than the decades of organizing from St. Louis’s Black community, for Jones’s victory.)

Even if Approval Voting’s advocates are willing to ignore this evidence, they run into a second problem: Approval Voting has never been shown to be in compliance with the federal or state voting rights act. The only two uses of approval voting have been Fargo, North Dakota and in St. Louis neither of which have state-level voting rights protections and where the federal circuit courts have become hostile to the federal Voting Rights Act entirely. If Seattle were to adopt Approval Voting it would be the first major city with a majority-White electorate to use the system, a scenario that risks giving White voters an outsized voice in determining election outcomes, at the expense of voters of color. This would put Seattle in the uncomfortable (and illegal) position of being in violation of the Washington Voting Rights Act and it would leave taxpayers on the hook for those legal fees.

There’s a degree to which this kind of argument can feel technical and incidental to the big fights happening in our cities and in our states. But true democracy reform is and should be a community driven effort, not one driven by a handful of White executives and out-of-state think-tanks funded by Facebook.

Having an equitable multiracial democracy in our city isn’t just the morally right thing to do, it’s the context necessary for urbanism. We cannot unlock the potential that comes from concentrating many diverse people and ideas without positive-sum democratic institutions to collectively solve public problems from climate change to housing to transit. That’s why getting the details of our voting systems right is so important. There are real, multi-racial coalitions pushing to get tried-and-true reforms, like ranked-choice voting, on the table. We can’t get sidetracked with One Weird Trick sidequests that would sap power from communities of color and put our voting system in legal jeopardy. Seattle voters deserve real solutions. 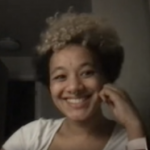 Jazmine Smith is the political director of The Washington Bus, a youth-driven organization that increases political access and participation for young people across Washington State. She is currently serving as a Board Member of the Queen Anne Community Council, as Co-Chair of the Transportation Committee and on the Land Use Review Committee. With a background in Human Services, Jazmine advocates on the historical local impacts of redlining and racial covenants, housing issues, transportation issues, and more. 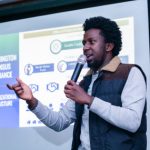 Kamau Chege is the Executive Director of Washington Community Alliance, a coalition of dozens of organizations of color in Washington State focused on building multiracial democracy. 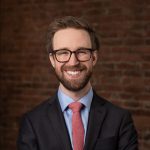 Colin Cole is the policy director at More Equitable Democracy, a racial justice organization advancing racial equity through the transformation of our electoral systems