In 1776, John Adams wrote that a “representative assembly… should be in miniature an exact portrait of the people at large. It should think, feel, reason and act like them.”

However, under winner take all, single member district plurality voting systems like those used in the United States, political minorities are excluded from representation.

Only two parties are represented in the United States Congress. No candidate representing a third party has been elected to the U.S. Congress since 1970. Out of 7,383 seats in state legislatures, only one is held by a candidate who was elected as a member of the nation’s third or fourth largest political parties.

In 2021, the U.S. Congress has more women holding elected office than ever before, accounting for 28% of the members of the U.S. House of Representatives and 24% of the U.S. Senate. But the United States still ranks in 72nd place for representation of women in national legislatures. This reflects a significant issue in representation, but it’s far from the only problem at hand.

For 2020, the Cook Political Report rated only five percent of the seats in the U.S. House of Representatives as truly competitive between the two major parties. Seventy-nine percent of Congressional districts were considered to be “safe seats” under the solid domination of one political party. For U.S. Senate races in 2020, only 12% were rated as truly competitive.

These statistics demonstrate that the United States Senate violates the principles of fair representation, and that the current system should be abolished. Political representation is for people, not the “imaginary beings called states,” as James Wilson argued. California now has more than 68 times the population of Wyoming, but each state elects two senators. Nine states with a majority of the United States population elect just 18% of the U.S. Senate.

In 1994, Bishop Desmond Tutu said: “The system of proportional representation ensures that virtually every constituency in the country will have a hearing in the national and provincial legislatures.” In post-apartheid South Africa, more than 98% of voters are able to elect representatives of their choice.

We need to open our eyes to the diverse options that exist in voting systems. For instance, in a single transferrable vote system, voters rank individual candidates in their order of preference. If your first choice candidate doesn’t have enough support to win, your ballot is transferred to your highest ranked candidate who can be helped by your ballot. In a district with nine seats to be elected, a candidate would need one-tenth of the vote to be elected.

Most nations with proportional representation use some form of party list voting and the basic idea behind the party list vote is that each voter supports a list of candidates representing their favorite political party. Each political party is awarded seats in the legislature in proportion to its share of the vote. Five percent of the vote equals five percent of the seats. Candidates from each party list are seated in the order in which they appear on the party list.

Party lists may be either open or closed. In a closed party list system, the party chooses the order of candidates on their list through the party’s own internal nominating process. The voter casts a simple vote for their favorite party.

Under an open party list system, voters cast a vote for one or more individual candidates within a party list. The most popular candidates from each party are elected, but these votes also determine the total number of seats allotted to each party.

Seven nations use a system of mixed member proportional representation allowing voters to cast two votes; one vote for their favorite party, and another vote for a candidate from a local district. Under most mixed member systems, members of parliament are added on from the party list to make overall representation for each party proportional to the share of the vote cast for that party.

As of 2013, 19 of the 20 nations with the most women in Parliament used party list systems of proportional representation. In 2019, women accounted for 53% of Bolivia’s national parliament, 48% of Mexico’s parliament, and 45% of South Africa’s National Assembly.

The single transferable vote option is appropriate for local, non-partisan elections like city councils or small boards like county commissions. For state legislatures and Congress an open party list system with a minimal threshold of two or three percent would enable nearly all voters to elect representatives of their choice.

Studies by Kathleen Barber and Douglas Amy found that proportional representation eliminated one party domination of local governments, weakened the control of party bosses, promoted fairer representation of ethnic and racial diversity, and ensured that nearly all voters were able to elect representatives of their choice.

Ultimately, proportional representation was repealed everywhere it was adopted in the United States, except for Cambridge, Massachusetts — the home of Harvard University and MIT. Cambridge first adopted PR in 1941. Since the Black population of Cambridge first passed 10%, and Black candidates have consistently won seats on the Cambridge City Council and school board.

Proportional representation has not been used to elect state legislatures in the United States. However, adopting an open party list system of proportional representation to elect state legislatures would facilitate the creation of multi-party government that better reflects the political and ethnic diversity of the population. Party list systems increase social pressure on political parties to present more inclusive tickets that demonstrate fair representation of women and racial minorities. A system like the one used to elect Australia’s Senate would enable voters to either rank individual candidates in their order of preference, or simply vote for their favorite party list.

This would maximize both proportionality in representation and voter freedom of choice.

Jesse Kumin, the founder of the election reform group Best Democracy, advocates a double ballot hybrid proportional representation system (HPR) for electing unicameral legislatures. The double ballot system would enable voters to either rank individual candidates, vote for their favorite party list, or both. With a three percent election threshold, HPR would enable at least 97% of voters to elect representatives of their choice.

As an interim measure, states with multiple US representatives could elect their Congressional delegations by a single transferrable vote system. This would require enabling legislation to be passed by Congress, such as the Fair Representation Act (HR 3863). The current form of the Fair Representation Act sets minimum election thresholds of 17% to 25% that are too high for true proportional representation. However, it would minimize the effects of gerrymandering Congressional districts and more accurately represent the level of support for each major party. 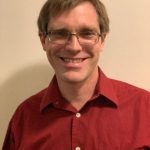 Gary Swing is the spokesperson for Best Democracy, which is leading the movement to bring a proportional representation voting system to the United States.