Four years ago I moved from a single-family home in Seattle to a condominium in dense downtown Kirkland. It was an adjustment. I loved my single-family home, but it was time to downsize. To my surprise, I have become extensively involved in Kirkland’s civic life, learning about the challenges that my ever-growing city is facing, including its housing shortage. As a result, I have slowly but surely come to understand the exclusionary history, woeful inadequacy, and rigidity of single-family zoning — and the fact that we need density of varying kinds in all places if we are ever to make a dent in the housing crisis.

As part of my continuing education, I signed up for Bo-POP’s (Bothellites for People Oriented Places) September “Forbidden Houses of Bothell” walking tour.  I was joined by my colleague, Jennie, from Liveable Kirkland, and my husband, Ken. The tour explored Lower Maywood Hill, Bothell’s oldest neighborhood, which showcases house-scale, multi-unit residential options built before 1951, when Bothell’s City Council imposed strict regulations on development. The multi-unit homes in Lower Maywood Hill would now be “forbidden” under current restrictive codes.

The tour exceeded expectations. It was eye-opening to me and to my walk companions as well.

The tour started at 12:30pm at Bothell City Hall where a group of about 20 or so folks gathered for the walk. Our Bo-POP tour guides, Carston Curd and Cary Westerbeck, provided some background on Bo-POP and the Lower Maywood Hill neighborhood. And most thoughtfully, Bo-POP welcomed us with snacks, which I was grateful for since it was lunchtime. I snagged a delicious chocolate chip cookie.

And off we went to Lower Maywood Hill, a short distance from City Hall.

When strolling down the tree-lined streets with plentiful parking, it was hard to tell a single-family dwelling from a multi-unit one. However, with Carston and Cary’s guidance, we learned the tell-tale signs of multi-unit housing structures, including the number of doors, mailboxes, and meter boxes. These signs were so inconspicuous that only those knowing what to look for would likely ever notice that the streets housed duplexes, triplexes, four-plexes, six-plexes, and ADUs (accessory dwelling units). Many of these units were “hidden” in an alley or behind the front-facing structure. There were apartment-style buildings as well which did not look like single-family dwellings. However, for the most part, the housing blended in to look very much like my old Seattle neighborhood.

Bo-POP did an incredible job with this community-centered tour, with an eye-popping brochure that included a color-coded route map, background information, and pictures. The tour leaders were knowledgeable and passionate but also straightforward in acknowledging the daunting challenges of the housing crisis. Some on the tour remained totally unconvinced that multi-unit housing would work. What about parking they asked, what about services, what about this and that? Their questions were handled with consideration and tact.

I left the tour with a broader vision of how well-designed and gentle multi-unit housing can retain neighborhood character. Obviously, this is far from a complete solution to the increasing housing deficit or to housing affordability, but it should be a piece of the daunting challenge.

Aside from tamping down the housing deficit, these multi-unit houses offer opportunities for multi-generational living and community connectivity. For instance, parents or kids could live in an ADU or several extended families could live in units of a multi-plex if desired.

Bo-POP’s event unearthed memories of my own childhood home. For the first five years of my life, I lived on the bottom floor of a triple decker, with my grandparents, the owners, occupying the middle floor. My street, June Street in Worcester MA, was lined with these homes, with corner stores and buses less than a 10-minute walk away. I had forgotten about how cozy this neighborhood was until the Bothell tour, which prompted me to search for a picture of my childhood home. My husband reminisced too about living in Philadelphia’s row houses during his youth — with his grandparents renting their converted duplex to his parents until they could buy their own home.

A few weeks after the Bo-POP tour my husband and I returned to the Lower Maywood Hill neighborhood to take some more pictures. We happened upon some neighbors who were curious about what we were doing. We explained and they chatted about the neighborhood, pointing out that next door were two four-plexes, half hidden behind the front-facing house. We couldn’t see them all from the street and would never have guessed. They were concerned about the possible development of 41 units to be built right behind them, but they seemed to understand the inevitability of growth. It was an unexpected bonus conversation.

We all learn differently. And, of course, only a very limited number of folks will ever take a tour like this. But I want to showcase the work of Bo-POP and how they’re providing another potential avenue for both reducing the knee-jerk fear many people have of multi-unit housing and for building understanding about housing issues and solutions with partners and advocates. One person at a time. Or maybe a dozen.

Bothellites for People-Oriented Places (‘BoPOP’) is a community advocacy group established by Bothell residents in early 2019. We encourage more traditional development practices and land use patterns as our city grows. Our mission is to use constructive civic engagement to create more connected, walkable places, safer streets, more housing choices, to seek more equitable land use, to reduce auto-centric city planning, to prioritize financially productive places over unproductive sprawl, and to re-think development codes.

Liveable Kirkland believes that everyone who spends their days in Kirkland should be able to call Kirkland home. To achieve this while improving sustainability and quality of life, we are working with our neighbors throughout Kirkland for more housing choices for all, in people-oriented, complete communities — all interconnected with efficient transportation. 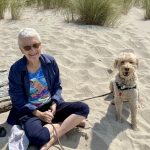 Beverly Marcus is a Seattle transplant who moved to downtown Kirkland four years ago seeking walkability, dog friendliness, proximity to parks and water, and a sense of community. In 2021, she became involved in the grassroots effort to end the inequitable Houghton and East Bellevue community councils, which were sunsetted by state legislation in 2022. She’s now on the steering team of Liveable Kirkland and is a fan of corner stores and mixed-use development — hoping to see some of that infused into Kirkland’s growing city.