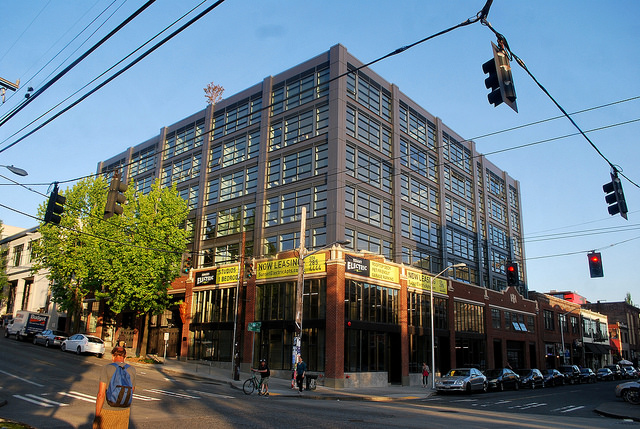 John Feit, President of PPUNC, provided a brief overview of the Pike/Pine Conservation Overlay District. The overlay district deploys an incentive program to encourage building character preservation in the Pike/Pine area of Capitol Hill, while allowing for growth that is balanced and geared to a mix of urban uses. The overlay district was created by the Seattle City Council in 2009 under the leadership of Council Members Tom Rasmussen and Sally Clark. The City Council saw the potential for growth in the Pike/Pine Corridor, but wanted to use incentive tools to avoid turning the area into an extension of downtown, instead, maintaining the unique character of the area. Initially the Overlay District gave height incentives, such as an extra floor of height, to projects that preserved the façades of “character buildings” (generally, buildings constructed prior to 1940).

The purpose of the meeting last night was to discuss what has been learned since developers had access to the overlay district incentives, and to recommended adjustments to the land use code in order to better achieve the original goals of the overlay district. The new proposed legislation aims to improve the preservation of the area’s existing character while continuing to accommodate growth.

The meeting attracted a pleasant group of people close to the motivations and outcomes for the overlay district. In addition to Seattle City Council Member Rasmussen, President of PPUNC, John Feit, and Dennis Meier of Seattle DPD, the meeting was attended principally by those directly affected by development incentives, including representatives from Capitol Hill Housing, Capitol Hill Chamber of Commerce, a Central District business association, representatives from various local developers, and a few private owners. The mood of the meeting was so supportive and constructive of the updates to the overlay district that jokes were made that maybe microhousing should have been put on the event description.

The original rules for the overlay district were somewhat loose, and allowed developers to combine parcels into large projects that took full advantage of the height incentives. Meanwhile, developers only did the minimum to meet the letter of the law. In several cases, a single façade was preserved, while other character buildings that were part of the assembled parcels were not. According to Mr. Feit, projects such as Sunset Electric, which is approximately 1/8 block, were more what the Overlay District aimed for, as opposed to the Mercedes Benz dealership project (600 E Pike), which is substantially larger, and will fill about 2/3 of the block. The proposed legislation aims to update the code, such that beyond following the letter of the law, future projects will be closer to following the spirit of the law.

There was substantial discussion that touched on areas beyond the look and mass of the buildings in the overlay district. The code as it exists encourages small retail spaces (<2000 sq. ft.) and there was strong support at the meeting for continuing the advocacy for smaller spaces that attract denser retail uses, and which are more affordable to diverse tenants by based on a smaller space costing less in total, assuming that the cost per square foot holds more or less. An interesting view expressed by Mr. Feit was that through communication with the parties involved in the overlay district, new developers to the area can be given good advice about “what works here”. Additionally, those developers can be encouraged and given the tools they need to convince their financiers that things such as character, street experience, and diverse use are more likely to benefit the building and contribute to the project’s success than space for “another bank”.

An interesting takeaway from this meeting was that seemingly everyone there understood urbanism. There were excellent discussions about how PPNUC and DPD can encourage smaller retail spaces, mixed uses, and building variety. Discussions also shifted technical at points, involving inquiry about floor area ratio (FAR) for the various categories of buildings (e.g. residential, commercial, mixed, etc.) and ways of boosting FAR via overlay district and infill development incentives.

Overall, there seemed to be a general understanding that preserving the character of the area is an important policy goal, but one that involves major costs (into the hundreds of thousands for the simple-sounding preservation of a building’s brick façade). The goal of the overlay district incentives is to add height incentives in a manner that achieves the goal of preserving the character of the area, while making sure that the overall project pencils out. I enjoyed listening to the genuine dialogue that occurred between the officials, developers, and community leaders, and would strongly encourage interested readers to likewise participate in future discussions.

Brendon is a PhD Candidate in Analytical Chemistry who enjoys the casual study of societal concerns. After 8 years of living in South Florida, dreaming about living in the Pacific Northwest, he made the move and hasn’t looked back since. Brendon is an enthusiastic advocate for the spontaneous connections that happen more in dense areas, and wants more people to be able to experience the joys of urban living. Aside from urbanism, Brendon loves coffee, beer, and talking about science, especially when combined in one sitting.