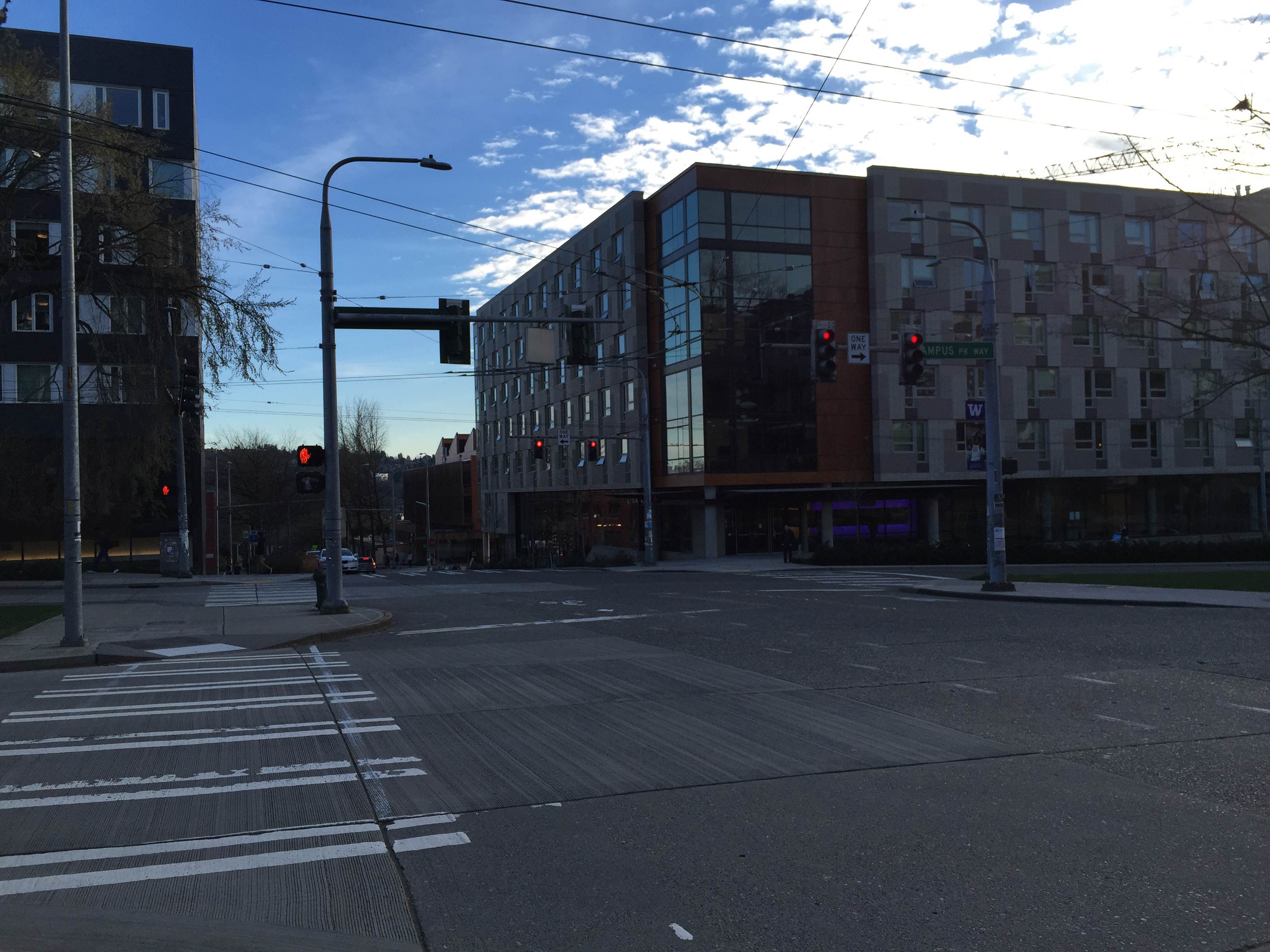 Take a walk along Campus Parkway in the University District day or night, and you’ll see a very well traveled street. While light on private car traffic, it’s busy with the constant churning of buses and people walking and biking. The east-west nature of the street lends itself to a lot of vehicle traffic traveling in those directions, but it’s not uncommon for vehicles to turn off on to lesser north-south streets or simply cross the boulevard. More than that, though, foot-powered traffic is incredibly dense in the area, largely due to the convergence of over a dozen bus routes, the proximity to the University of Washington, and the dense residential blocks surrounding the street.

NE Campus Parkway has four intersections lining the street from 12th Ave NE to 15th Ave NE; three of these (12th Ave NE, Brooklyn Ave NE, and University Way NE) could use a small tweak. Traffic lights at these intersections should be switched from multi-phase traffic lights to all-way stop lights.

The current situation of multi-phase lights is undesirable for all users of the right-of-way. Green lights encourage people driving to rush the intersections so that they make it through before a light goes red. This especially problematic when there are cascading greens along NE Campus Parkway. Naturally, this presents a major danger for anyone crossing the street (legally or not). All-way stop lights along this street would end this behavior by ensuring that drivers stop at each intersection.

Meanwhile, the cycle of each traffic light is actually quite long. For a street with such low vehicle traffic, this can create serious delay for the flow of cross-traffic and through-traffic both on foot and in vehicles. It’s not uncommon for people to wait at crosswalks for a minute or more only to get stuck midblock at a median boulevard. Likewise, regular bus riders on the 49 or 70-series know the delay and excessive dwell times that the light cycles create. All-way traffic lights, like those on surrounding blocks, would improve this situation greatly and improve efficiency for all users of the streets over the current arrangement.

The cost to reprogram the lights would be minimal, requiring little more than a few hours from Seattle traffic engineering crews. But the spot improvement would be a boon to the broader University District community by delivering significant time savings and much safer streets for all.