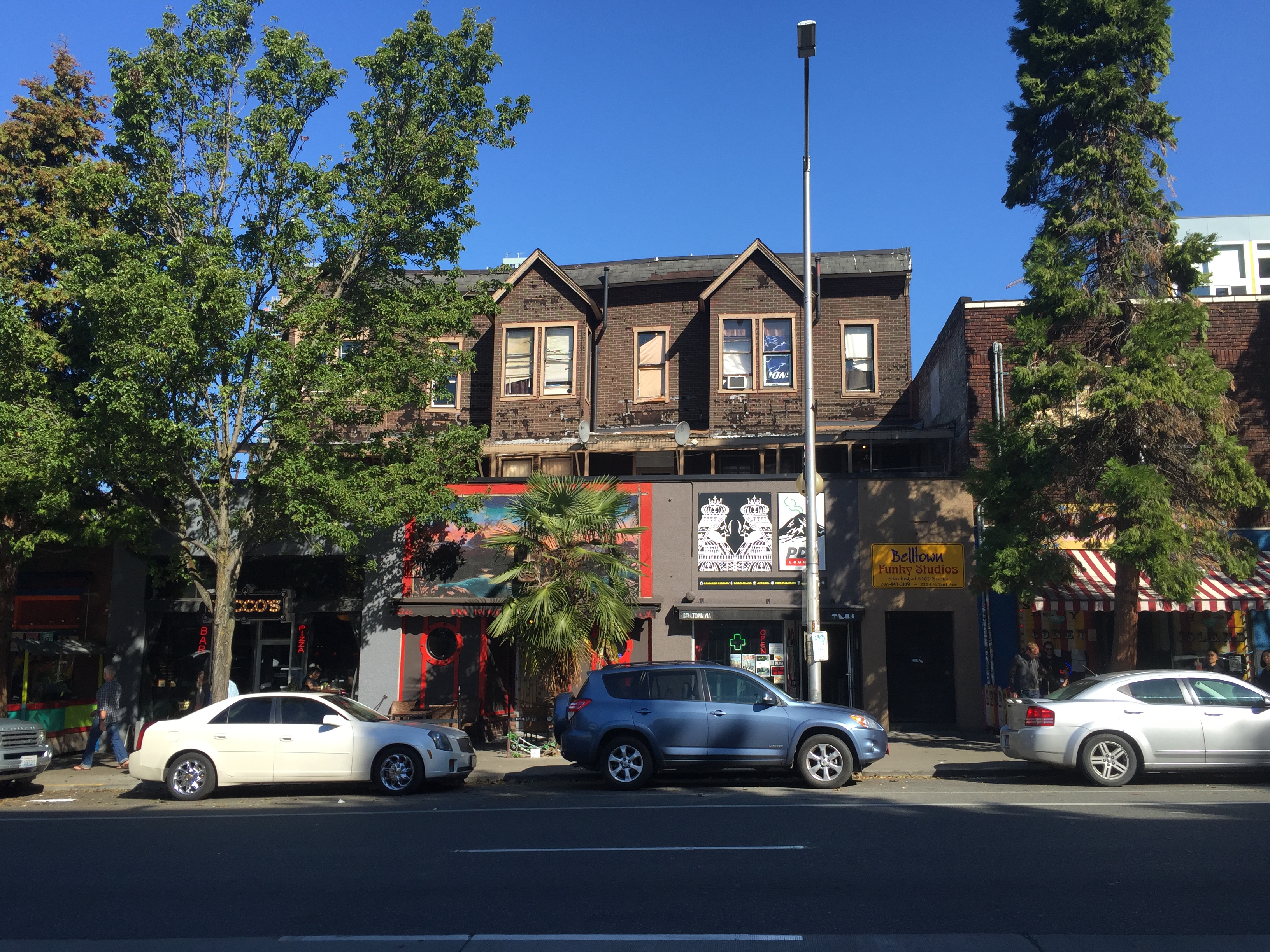 A pretty sizable crowd turned out at City Hall on Wednesday evening to listen to historical minutiae and discussions of structural integrity with a clear goal in mind: putting up a roadblock to the development of one of Belltown’s most dense commercial strips.

We covered the building under review on Wednesday: the Wayne Apartments at 2224 2nd Avenue. What was not entirely clear from the presentation materials that were available for review before the meeting was the fact that 2224 2nd Avenue is not home to Shorty’s. The Wayne Apartments are only the building that contains Rocco’s Pizza, the Lava Lounge, the PDA lounge, and the upstairs studios in the identifiable rowhouse visible from 2nd Avenue. But a landmark ruling in favor of the Wayne would put a significant hindrance on any plans to develop a condo tower on the site that does contain Shorty’s, causing the neighborhood to band together last night to fight for preservation.

What the Landmark Preservation Board seemed to hinge all of their interest in the building on was the fact that those distinctive rowhouses predate one of the most massive engineering projects that Seattle has ever seen: the sluicing of Denny Hill away to create flat land.

The rowhouses, whose architect is not even known now, are at this point not pristine historical specimens. But the landmarks board was pretty broadly in support of preserving this building because it conveys the “story” — in the words of one board member — “better than any other building can.” There are no other buildings in Downtown that survived the Denny Regrade.

Rob Ketcherside, landmarks board member and local history writer, was one of the last board members to speak before a vote. He made some impassioned remarks that appeared to directly address an attorney who was speaking on behalf of the owner that the board should consider the precedent of other buildings it has declined to nominate. This was a direct reference made a number of times during the hearing to 1200 E Pike St, which is also a commercial space that had been added underneath a residential space after a street was regraded. “Each landmark board is different,” Mr. Ketcherside said.

The final vote was 6 in favor, 3 opposed. The landmark designation will only apply to the exterior of the building, and will likely throw a wrench into any plans to develop the majority of the block. Though, it is unclear if this also might prevent the parcel on the corner lot — currently home to Mama’s Mexican Kitchen — from being developed as well.