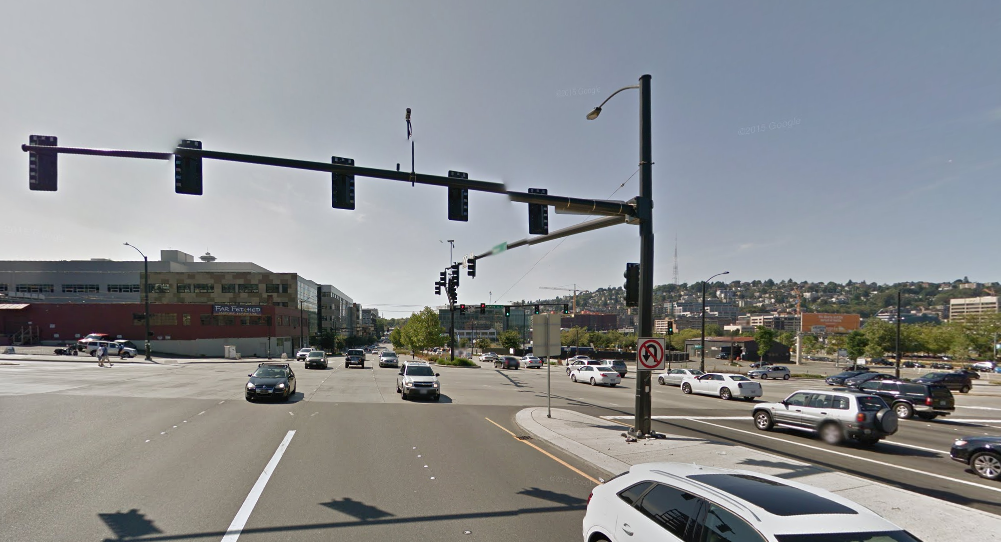 If Seattle were a 400-foot wide road (the widest street option available on StreetMix.net), it’d look something like this:

That’s 27 lanes primarily for cars and trucks, 13 lanes for parking those cars, one 3.8-foot wide bike lane, and one 3-foot wide bus-only lane. In essence, the world’s worst stroad ever.

Mind you, there are no 400-foot wide streets in Seattle. So, imagine a 100-foot wide street with only a one-foot bike lane and and 0.67-foot wide bus lane. So, yeah, if you’ve ridden a bike or bus lately, that’s why it feels a little crowded out there and why you’re stuck in traffic1.

Personal vehicles have domain to more than 98 percent of Seattle’s street space while buses and bikes each get exclusive right-of-way to less than 2 percent. By comparison, in 2014, less than 50 percent of Seattle commuters drove in single-occupancy vehicles, 21.3 percent rode transit, and 3.7 percent biked. That’s right, drivers have double the roadway space as the number of drivers.

Seattle is America’s fastest growing city with 70,000 new people in the last five years, and planners project another 120,000 new people by 2035. Last week on the Seattle Bike Blog, I published my findings from the last decades-worth of data from the American Communities Survey on how new workers are commuting in Seattle. From 2010 to 2014, just 18.9 percent of new workers drove to work while 8.3 percent biked and 45.4 percent rode transit (using rolling 3-year averages).

This rapidly changing travel behavior among new workers is a stark difference from the past. The shift should be a clarion call to the Seattle Department of Transportation (SDOT) to allocate its roadway space to be more in-line with its usage.

Luckily, SDOT is headed in the right direction. With the Transportation Levy to Move Seattle, approved by voters this past November, SDOT will build seven new RapidRide+ bus transit corridors across the city. Delridge, Rainier Beach, Madison Valley, Ballard, U District, Roosevelt, and Northgate will each get connected to downtown and each other with fast, reliable transit, often with bus-only lanes and prioritization by traffic signals.

In addition, the RapidRide+ projects, as well as the implementation program for the bicycle master plan, will build-out key protected bikeways along arterial streets and downtown.

Every step of the way toward new bus and bike lanes, opponents will cry foul. They will want to keep the parking on “their” road. They will say, “but there’s all these new people, they need a place to park and drive their cars.” They will say, “there will be too much congestion.”

When you get in a heated conversation with an opponent, know that the facts are on your side.  We’ve already over-allocated the roadway space to cars. People who ride transit and who bike aren’t getting their fair share today, and so they’re unnecessarily trapped in the congestion and dangers of single-occupancy vehicles. And new workers actually don’t drive very much, and so the micro-apartment dwellers aren’t likely to clog-up the street parking.

But don’t expect to win the emotional argument on these facts alone. Tell your personal story about how you get around. And maybe show them their 400-foot stroad. 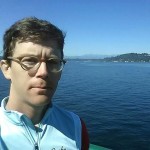