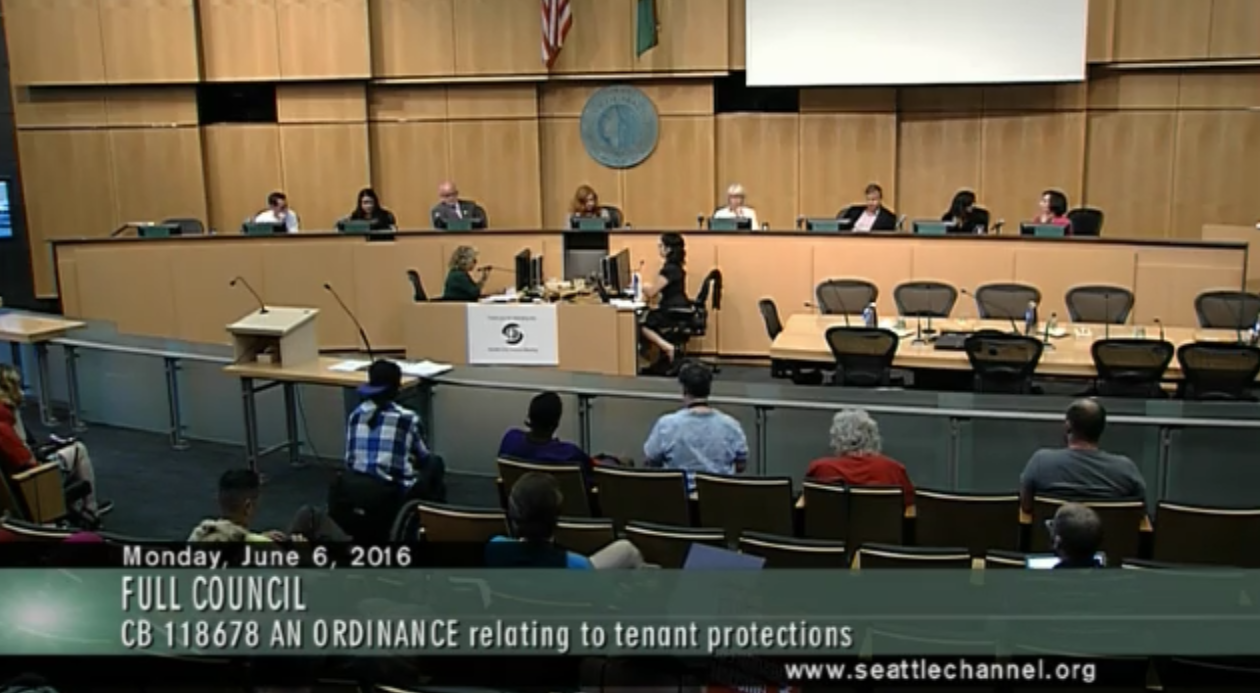 Two housing-related bills passed out of the chambers of the Seattle City Council on Monday. The first of the two is a proposal to utilize the already existing Regional Equitable Development Initiative (REDI) Fund.

For the past two years, the City of Seattle has participated in a regional partnership to develop affordable housing through the REDI Fund. The Fund is essentially a revolving loan program that public and private entities can use to make strategic acquisition of land and buildings for affordable transit-oriented development. In addition to the City of Seattle, the Fund includes peer agencies King County, Snohomish County, Pierce County, and Eastside cities (Bellevue, Kirkland, Redmond, Issaquah, Kenmore, Woodinville, and Mercer Island). $1 million was allocated by the City of Seattle in 2015 to put money into the Fund. By pooling resources together, over $7 million worth of REDI Fund capital has been pegged for expenditure in Seattle alone, which is why the Council passed an agreement yesterday to begin the process for property acquisition to preserve and create affordable housing.

The agreement lays out specific requirements for affordable housing projects. For instance, a minimum of 10% of all units in project using REDI Fund loans would have to provide units at or below 80% of the Area Median Income for 50 years. Where a REDI Fund project might cause displacement of residential or commercial tenants, relocation assistance would be required and the standard for that would set by the local jurisdiction where the project is proposed. And importantly since development would be focused around transit, projects would have to provide housing at densities that make sense adjacent to frequent transit.

The second bill was a series of tenant protections from punitive rent increases and abuses by slumlords. Known as the Carl Haglund Bill—after a notorious slumlord in Southeast Seattle—the tenant protection ordinance would provide three key changes for tenants:

Before the vote, Councilmembers Kshama Sawant (the sponsor of the bill) and Lisa Herbold spoke about the new tenant protections.

Councilmember Sawant explained that the bill, in large part, was born out of the horrific abuses of tenants in Southeast Seattle who were served with notices to double rents while absent landlord Carl Haglund allowed some 220 different building code violations to go unresolved. Summarizing the purpose of the law, Councilmember Sawant said:

This bill is designed to give tenants and the SDCI a little more ability to defend tenants’ rights in the future. It makes rent increases illegal on properties that have unsafe housing code violations until the landlord get the property up to code. The bill lays out a process to do that.

There is no law that by itself can guarantee that no landlord will abuse the power over their tenants, but we need laws to cover loopholes.

If you are a landlord and you are already treating your tenants fairly, then this law should not affect you in anyway.

With a draft bill in hand, Councilmember Sawant also revealed that the tenant protections spurred on by Haglund are just the beginning; she intends to introduce a full Renters’ Bill of Rights to Council later this summer. Sawant also said that the first step would be to cap move-in fees, the non-refundable fees that tenants pay to move into an apartment. A companion bill would also cover exit fees for tenants.

One of the things that we have heard from some folks out in the housing provider community is that they need to raise the rents in order to make the repairs. I think today that this Council is going to reject that idea. The reliance on rent increases in order to finance basic life safety repairs is completely unfair.

Citing potential future lawsuits by the rental housing lobby, Councilmember Herbold argued in her testimony that the City should push back. She would like to go step further by not only requiring landlords to postpone rent increases, but refund tenants for the hardship that landlords have put their tenants in, such as construction on neighboring units, a common occurrence as landlords spruce up units to charge more rent.

In the leadup to the last city council election, then-council President Tim Burgess, facing a challenge from a former tenant’s union leader, introduced a series of tenant protections of his own, most notably requiring landlords to provide 90 days notice to tenants if they plan to sell the building or rent to family members. The council clearly envisions that there is more work to be done to enrich tenant protections.