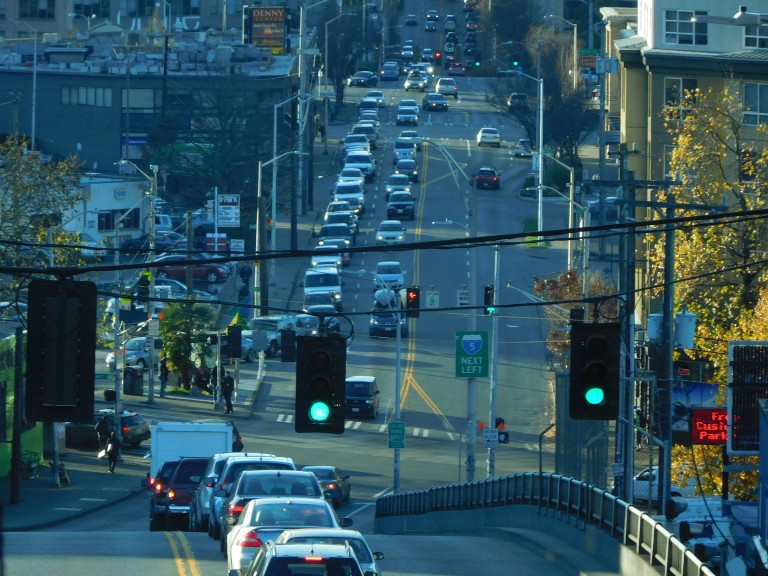 The Puget Sound Regional Council has identified the projects for 2016 to be the recipients of federal dollars for transportation improvements. Many of these projects are well known to most of our readers; the awarding of federal grant dollars could assist in moving up the delivery schedules on these projects, and opening up previous funding sources that had been secured for other purposes.

In Seattle, the most high-profile projects that have been selected are:

Those are the highest-profile projects in Seattle, but as usual there are a lot of smaller projects included in the funding recommendations, mostly related to ongoing maintenance funding. Every Seattle transit agency is represented there, from the Monorail to Washington State Ferries. “Preservation funds” for major roadways, which is basically funding for grinding the roadway surface to avoid having to do a full replacement of the surface in several years. Streets that are recommended for that treatment are oddly very focused in Northeast Seattle, with 15th Ave NE, 25th Ave NE, and NE Pacific Street all making the cut.

Another big recommendation is $3.3 million for “non-motorized access to transit” which includes bike and pedestrian improvements in Bellevue, Tukwila, and Seattle. In Seattle, the project is identified only as a protected bike lane on Green Lake Way N, but this could be a big step toward expanding the regional bike network outside Seattle.

We intend to dig more into these projects as more details come out.