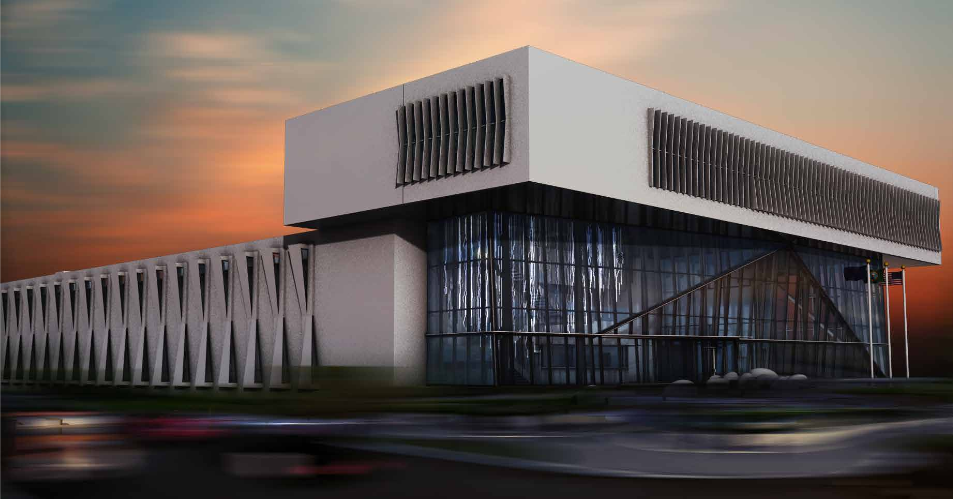 The controversial, expensive, and seemingly rushed-through North Seattle police precinct is now headed for a vote of the full City Council on Monday, which is currently down its most vocal member, with Kshama Sawant out of the country.

At Wednesday’s meeting of the Gender Equity, Safe Communities, and New Americans Committee, dozens of Block The Bunker supporters and citizens holding Black Lives Matter signs testified against the project, calling for the project to be scrapped entirely and the money to be allocated for services. A handful of supporters of the new North Precinct building also testified. Many complaints centered around police brutality, racially-biased policing practices, and distorted City funding priorities putting a Seattle Police Department (SPD) capital project ahead of housing for the homeless and other much-needed social services.

Later in the meeting, project designers presented their alterations to trim costs from the $160 million price tag. They got the budget down to $149 million. Cutting a second parking ramp docking bay saved $7 million. Cutting the basement “training facility” (read: gun range) saved $1.5 million, though planners said it’d be first in line to be added back if low bids free up money. Cutting the skate parklet saved $200,000. Cutting rooftop solar panels saved $2.2 million—but how much will that save long-term with that energy no longer being produced on site? And why is the basement gun range a higher contingency priority than the rooftop solar panels?

Saving $11 million is a positive change, but even at $149 million it’s one of the most expensive precinct buildings in the nation and much more than the early cost estimate of $88.5 million from just four years ago. Another troubling aspect is the eye-raising funding sources that are being tapped. The project will rely heavily on REET (real estate excise tax) receipt funds and bonds— funds which otherwise could be used for a variety of capital projects like languishing Vision Zero street safety improvements. The Mayor also intends for the project to be the main recipient of proceeds from sale of the Pacific Place parking garage (at a net loss to the City’s ill-fated parking investment, I’d add). The City is shaking out the proverbial couch cushions to scrape together the $149 million.

Block The Bunker activists have pointed out that citizens have to request funding for projects in September and October whereas SPD seems to have a fast lane for funding they can use at will. At the very least, they’ve asked that the vote waits until Councilmember Sawant returns.

The waiting costs may be exaggerated because it’s difficult to predict construction costs far into the future. We are in the midst of a major boom now, but there’s no guarantee it will continue even if Seattle does feel like an incredibly hot market showing no sign of slowing. Hence we cannot project five percent annual construction cost inflation out in the future in perpetuity as the planners appear to have done with this project.

Councilmember Lorena González said she has five votes to move the project forward. Councilmembers Tim Burgess and Debora Juarez (who represents North Seattle) voiced their support in a room filled with citizens fervently opposed to the project. Councilmember González also claims support from Councilmembers Bruce Harrell and Sally Bagshaw, although they haven’t been as vocal. In his comments, Burgess argued the building would be more than a police precinct, but also a community center with many amenities. Juarez reiterated she isn’t afraid of the building or the people inside it.

Juarez and Councilmember Mike O’Brien got into a heated exchange at Monday’s full Council meeting. Juarez insinuated O’Brien was playing politics and taunted opponents of the project: “I’m not just spouting out political rhetoric to gain political points. What I’m talking about is brick and mortar and the community that’s behind this. Because if we go down that road, we will have a problem. And this is my other concern, and I will quote our president on this, we do not fear change. We embrace it and we shape it and we do it together as one. So if you make this a divisive issue about that, we will have a problem.” [1:04:20 in the video] O’Brien pointed out he’s heard from thousands of constituents who do fear police and what that building represents.

After the meeting, Councilmember González explained her support on her blog and enumerated her conditions:

Through that collaborative work I intend to support advancing the North Precinct capital project under the following conditions:

Accordingly, I am co-sponsoring a resolution with Councilmembers Burgess and Juarez that memorializes these agreements.  The resolution will be heard and voted on this Monday, August 15, 2016 at 2:00 pm.

It could be that the North Precinct is a done deal, but the $210 million youth jail planned for the Central District could be an even harder sell and cause even more outrage from Black Lives Matter and their allies.

Monday’s City Council meeting is almost certainly going to be a showdown between councilmembers acquiescing to the Seattle Police Department and acknowledging the complaints of social justice activists. At this point, all but $4.5 million can be recovered, no small amount, meaning a punt to a later date is also an option.