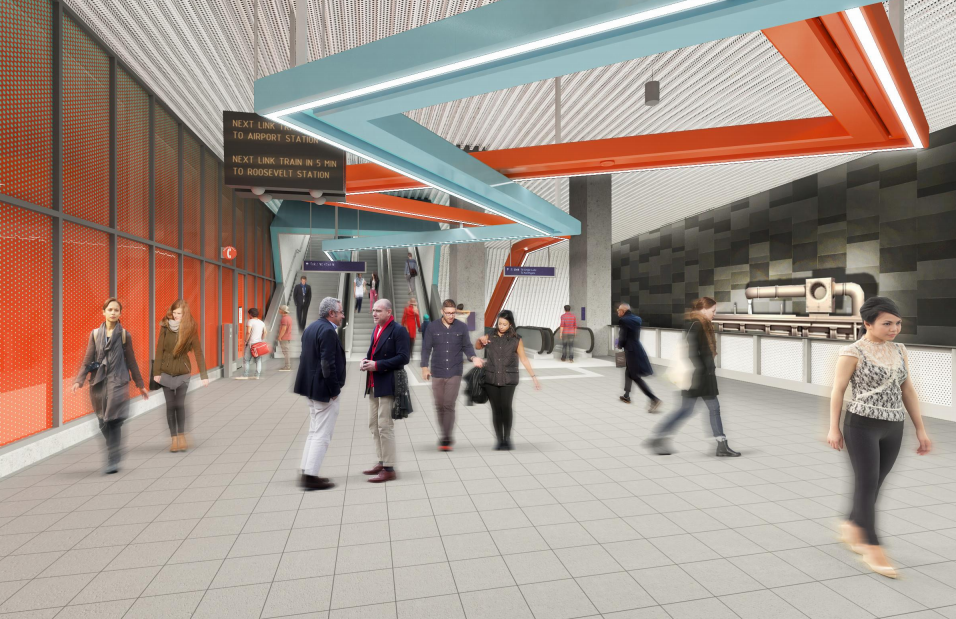 A lot of ink has been spilled about Sound Transit’s prediction that ST3 would decrease carbon emissions by “only” an additional 130,000 metric tons in 2040 via reductions in vehicle miles traveled. Doug MacDonald argued that’s inconsequential next to the embodied carbon that building the project would create in the first place. That insidious talking point wormed itself way into a KUOW “fact” check story. MacDonald told reporter John Ryan: “There might be reasons to vote for Sound Transit 3. But if you think that it’s going to save the planet because it’s a climate action strategy, you’re being bamboozled.” I’m here to say you’re not being bamboozled, hoodwinked, swindled, or even misled.

The Urbanist already issued our endorsement of ST3 (Sound Transit Proposition 1) before ballots dropped, and I already wrote once about ST3 climate bonafides. I want to expand upon that argument. We have to look beyond one simple projection of vehicle miles traveled; reducing the number of cars purchased in the first place would greatly reduce carbon emissions. ST3 means not just 360 million fewer vehicle miles traveled, but also fewer cars period, and that’s where perhaps even bigger carbon savings could be realized. ST3 not only will offer better alternatives to buying a car, it will encourage people to live in multi-family housing, which is much greener than single-family housing for the fairly simple reason that shared walls means shared heat. As history has already shown, ST3 reaching new neighborhoods will lead cities to zone for more multi-family housing.

As this handy graphic (from an 2011 City Lab article by Emily Badger) illustrates, urban housing has a much lower carbon footprint than suburban single-family housing. The urban housing itself is more than twice as green as suburban housing due to energy efficiency (again due to shared walls plus smaller square footage.) When it comes to carbon, heating a McMansion ain’t cheap. The carbon difference is even more pronounced with regard to transportation: the study suggested the transportation carbon footprint of an urban household with one car could be as many as five times smaller than a suburban three-car household. The comparison will be even more stark with a no-car urban household. ST3 would likely create significantly more urban multi-family households because of the zoning and land use changes it will bring, the same changes Sound Transit does not factor into its ridership projection models quite possibly leading to underestimates.

Normally I’d really try to focus on the argument rather than the person making it, but here the biography is too interesting to pass up. Doug MacDonald was head of the Washington State Department of Transportation (WSDOT) from 2001 to 2007–some wild freeway-building years like most of them are at WSDOT. MacDonald seems to see some folly in those ways: “When I go back and think of what I was doing in 2005, I don’t regard myself as having had one clue about climate,” he told KUOW’s John Ryan.

After retiring from WSDOT, MacDonald wrote for Crosscut including a series in opposition to the 2008 ST2 package, a ballot initiative that passed and has now begun bearing fruit in the light rail stations operating in Capitol Hill and outside Husky Stadium. It’s telling that MacDonald opposed ST2 with its strong benefits to heavily urbanized areas and employment centers like the U District, Capitol Hill, and Bellevue. Nonetheless, MacDonald seems like a nice guy, actually rides the bus, and is active in Seattle multimodal advocacy.

In 2009, Sightline Institute made MacDonald a senior fellow, and he still seems to be influential in the thinking of Sightline’s Executive Director Alan Durning and its Policy Director Eric de Place. The association with an environmental think-tank may have helped the former highway-builder MacDonald redefine himself as a “climate crusader,” albeit one that opposes light rail. Now MacDonald has returned to the pages of Crosscut to write a takedown of ST3 much like he did against ST2.

You Can’t Spell Carbon Without Car

ST3 will do more than advertised on climate change, because it will encourage people to move places where they can and will forego car ownership. It won’t be some liberal conspiracy or nefarious social engineering that will get more Puget Sound residents to forgo car ownership. Many living near light rail or bus rapid transit stations will not buy cars because their life will be better without one. They’ll have more money to spend. They’ll get more exercise walking and biking. They’ll have more time to read sitting on transit. That’s hard for suburbanites to wrap their minds around today, but with a legitimate option of getting around the region on expanded light rail and bus network–and taxis and car share to fill in the gaps–buying a car won’t seem necessary or perhaps even desirable.

Here’s the issue: car ownership is one of the primary drivers of climate change. The average automobile represents something like six metric tons of carbon to get it to a dealer near you. The embodied carbon from obtaining the raw materials, processing them, and constructing a car and is why even electric cars can only be “green” to a degree. The battery alone in an electric car embodies an extra metric ton of carbon, according to a rigorous study. Electric car companies suggest you’ll earn that extra metric ton back through all the tailpipe emissions you avoid and the study did suggest a mid-sized electric car could see a 51 percent reduction in life cycle emission compared to a conventional mid-sized car. But do you know what’s even better than buying a new electric car worth seven tons of embodied carbon emissions? Not buying a car at all and riding public transit instead. If ST3 helps convince 20,000 Puget Sound residents to forgo owning cars, that equals about 140,000 tons less embodied carbon emission in the atmosphere. In other words, if the change in car ownership patterns are significant, the embodied carbon reductions from ST3 could be larger than Sound Transit’s estimate of tailpipe emissions reductions.

Promoting car-free living sounds almost un-American but it seems the only way to truly tackle climate change without some deus ex machina technology dropping from the sky. Seven billion humans driving around seven billion electric cars, each representing seven metric tons of embodied carbon that will last about seven years before being upgraded for the newest model in a neverending cycle? That’s not a pretty carbon picture for our planet.

So approve ST3 because it will reduce at least 130,000 tons in tailpipe emissions and eliminate countless more through stimulating production of more energy efficient housing and curtailing the purchase of cars which each represent about seven tons of embodied carbon. ST3 is a climate action strategy. You are not being bamboozled.

More Support For Removing I-5 Downtown