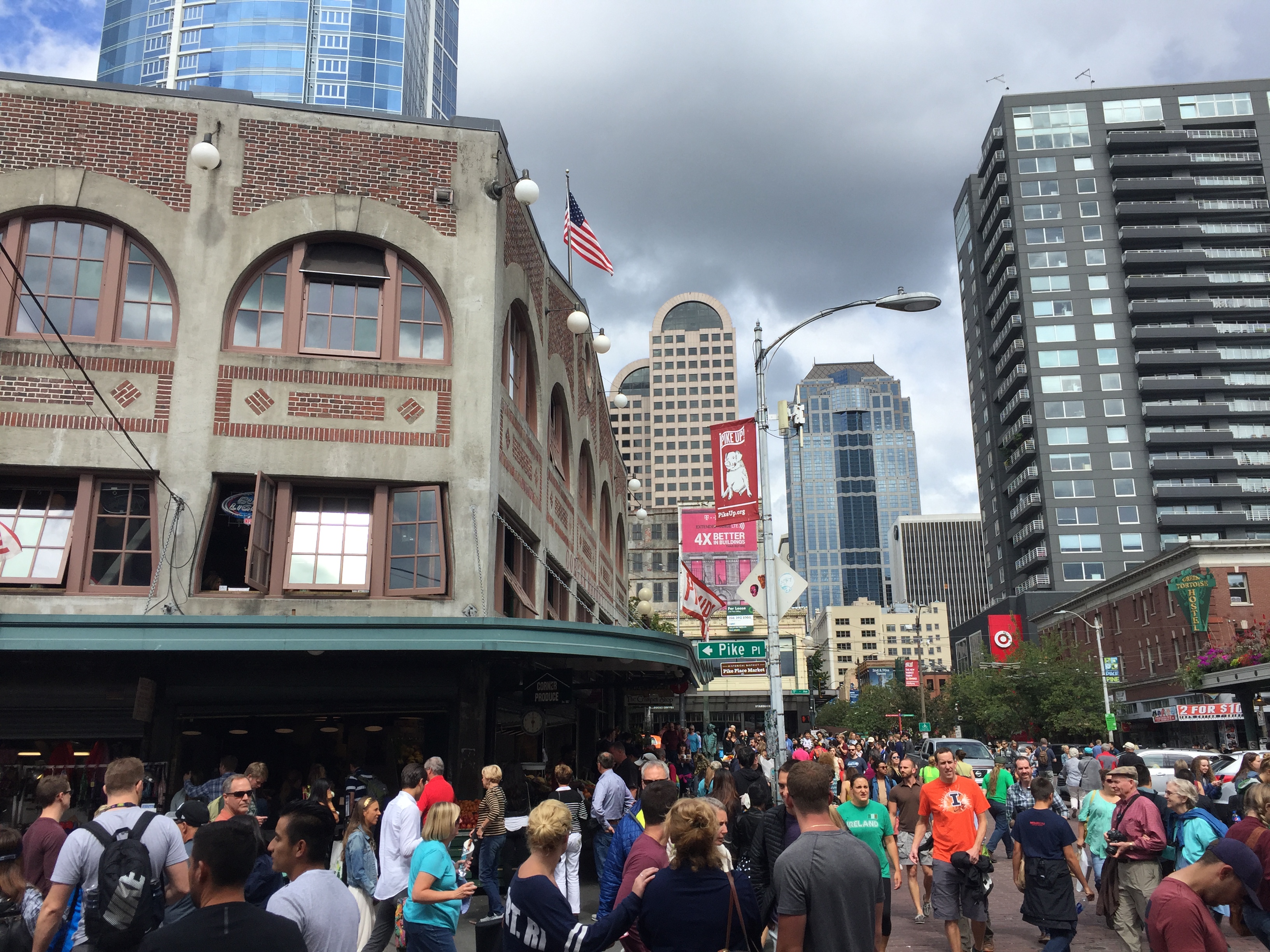 Seattle has been widely successful in getting developers to build ground floor retail as part of residential developments since the 1990s. Land use regulations in many places have required it on designated pedestrian streets for years. Retail districts are most successful when people are encouraged to circulate through many different establishments along streets at as many different times of day as possible. Blocks that have few businesses and entrances tend to feel as if they’re dead and unwelcoming spaces. Some practical solutions to improving these spaces include things like ground floor transparency (few blank walls), adding faux building entrances, painting murals on walls, and reducing maximum building widths. The City is already largely requiring or allowing these features in many retail districts. But it can and should go further.

The City could explore three primary strategies to encourage better retail districts by:

One of the primary form controls that the City uses to set maximum development density is floor area ratio, which is calculated as a ratio between the total lot area and total building square footage of a site. As an example, a 10,000 square foot site with a 2.0 FAR could have a building that covers the site entire site with two floors or half of the site with four floors. The City often provides incentives to get additional FAR in many zones. Typically, these include things like public improvements (e.g., public plazas, streetscape enhancements, and mid-block corridors), creating open space, preserving historic structures, and providing childcare facilities. The same type of incentives could be designed to encourage a better retail experience in new development that includes large retail establishments.

In retail districts, grocery stores and national clothing chains often choose to locate on the ground floor in order to gain attention from passerby. These uses often require a lot of space to store and sell products, usually on just one floor. The challenge with this approach in walkable retail districts is that it reduces retail variety along the street and makes the streetscape less engaging, impacting the overall quality of the district.

Offering additional FAR on a block by block basis to encourage new development to place these large footprint uses above ground, below ground, or situated at ground floor behind smaller retailers lining the street could greatly improve the experience of retails districts. The City could consider a variety of policy solutions to address this, but I’ll outline two possible options:

Many of Seattle’s retail districts are best known for their small spaces that house local businesses. Storefronts have traditionally ranged from 15 feet to 35 feet wide on average. Pro formas for many newer developments, however, have targeted fewer and larger retail spaces. These spaces are often much larger than what local businesses need to make a start and come at a premium, often leading to national chains to take up tenancy. But this approach results in less diverse and vibrant retail districts, which can have a negative impact on any small businesses that are left, leading to a death spiral for once vibrant retail districts.

To move the needle back toward smaller retail, the City could consider a policy like the following:

Street corners happen to be an important gateway into many retail districts where pedestrians stroll along streets to visit restaurants and cafés, bookstores and clothing stores, and services like salons and banks. Certain uses and the design of street corners, however, can hamper the quality of retail districts. Take this corner at NE 45th St and The Ave:

Banks these days tend to be lightly used services compared to coffeeshops and clothing stores. Using the same example, we can also see that the entrances to these businesses are not directed at the street corner and are instead located further inward on the block, in effect reducing engagement with the public realm. Compare that to the experience just a few blocks south at NE 43rd St and The Ave:

Here we see that there is better engagement and activity between the retail establishments and public realm.

Low activity retail and services and building entrances oriented away from street corners depress the quality of retail districts. But solutions to this problem are relatively simple:

The University District is in the midst of a rezone that also is looking at many different urban design strategies. The proposed solutions discussed above could be employed as additional urban design strategies in the rezone to enhance the quality of the neighborhood’s vibrant and growing retail district. Perhaps the best areas to test the waters with these strategies would be on proposed Class 1 Pedestrian Streets in the neighborhood rezone.

The Ave, NE 45th St, and NE 50th are planned to be the most prominent pedestrian-oriented streets in the neighborhood, but the same strategies may also be worth considering elsewhere in the district. The University District, as one of only a few designated urban centers outside of downtown, has the potential to be a pedestrian-oriented neighborhood on a level all its own.