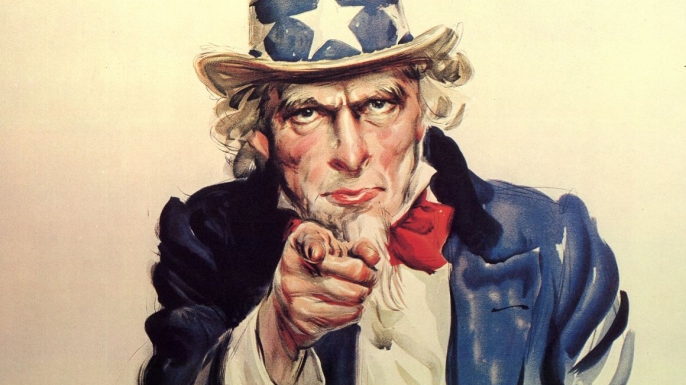 Some urbanists have even claimed cities are the machine that kills fascists. But, alas, there’s a limit to what the idea of a city can accomplish in the political arena. We must defeat our nation’s newly elected fledgling fascist in the ballot box in November 2020. Waxing poetic about the value and intrinsic goodness of American cities may not accomplish that.

In the interim, the way we turn back rising fascism is to defend civil rights, voting rights, and health care access for all in the face of attacks from the ruling conservative majority. Republican leaders are already plotting to repeal Obamacare and privatize Medicare and Social Security. The social safety net is facing perhaps its greatest threat since we established it in the first place. Meanwhile, the conservative-led Supreme Court weakened the Voting Rights Act thereby exposing voting rights to further attacks with an administration that has basically promised to launch such an attack. Those of us who want to cut short America’s foray with fascism have our work cut out for us.

We need to organize a political resistance. The city as a construct won’t do our work for us. We need to rebuild a progressive political party and engage millions of new people who didn’t vote in 2016 whether urbanites, suburbanites, town-dwellers, or full-blown hermits.

For progressives, the work begins from the ground up winning seats in state legislatures and gubernatorial seats. In 2018, those opposed to fascism, right-wing populism, white supremacy et al must chip away at the Republican advantage in the House of Representatives and perhaps even retake the United States Senate. The challenge for urbanists: we have to get outside our comfort zone. Democrats already hold a vast majority of urban seats but haven’t done as well in suburban and exurban districts and have been shellacked in rural districts in recent years.

Politics is local, though, so start by focusing on the racist in your backyard. The 5th Legislative District seems to demarcate the edge of the Seattle bubble where anti-Muslim legislator Jay Rodne won re-election by just 2,825 votes. Rodne is known for racist social media posts. Sound like a certain president-elect you know? One Rodne post said “Islam is bariarian medievalism.”–Rodne meant barbarian but he’s bad at spelling–and he added “arm yourselves” and “wake the f… up” for good measure. This isn’t tone policing. Rodne has scared the bajeezus out of his Muslim constituents, as The Seattle Times reported:

“I’m very disturbed, very apprehensive,” said Afshan Ijaz, a former petroleum engineer who moved here with her husband, a software engineer, in 2006. She’s originally from Pakistan. “When we hear this level of anti-Muslim hate we worry about the effect on our children and families. This kind of talk is harmful for everyone.”

Somehow the more erratic Rodne outperformed Chad Magendanz who failed to unseat incumbent Democratic state senator Mark Mullet by just 509 votes. We may be comfortable in our Seattle bubble, but meanwhile, a thoroughgoing extremist doggedly holds onto a seat in a district just 11 miles east of Seattle that includes the liberal-leaning suburb of Issaquah. We need more attention on that race in 2018.

The situation in Pierce County is even more troubling for the Democratic Party. Republicans took over the Pierce County Executive with the election of Bruce Dammeier by a four-point margin over Democratic County Councilmember Rick Talbert. Republicans have controlled the Pierce County Council for years, and Democrats squandered an opportunity this year to regain control when incumbent Republican Doug Richardson (District No. 6) squeezed by with 403 more votes than challenger Linda Farmer, and career politician Republican Pam Roach eked out a victory by 470 votes over Carolyn Edmonds in District No. 2. Roach has served in the State Senate for 25 years and may continue to do so while at Pierce County Council, doubling her government paycheck. During that time, she gained notoriety for frequent clashes with Senate staffers, one of whom sued her for $1.75 million for creating a hostile workplace with her verbal abuse. Councilmember Pam Roach joins her son Dan Roach on the council. The continued Republican control of the Pierce County Council could undermine efforts to boost and improve transit and combat sprawl through the Growth Management Act.

Problems are also abound in legislative districts. Take the 28th District, which stretches from Tacoma Community College through University Place to DuPont and Joint Base Lewis-McChord. Republican State Senator Steve O’Ban narrowly held onto his seat, besting Democratic challenger Marisa Peloquin, who is a former 82nd Airborne Company Commander, by 3,319 votes. That race proved one of the linchpins that allowed Republicans to hold onto to the State Senate 25-24. Republican State Representative Dick Muri had an even tighter re-election race defeating Democrat Mari Leavitt by 2,386 votes. Two staggering losses, but the 28th District can be fertile ground for the right Democrat as Representative Christine Kilduff showed by earning a second term by nine points and 5,307 votes. Democrats need to find campaigns that can replicate Kilduff’s success and with its bases of power nearby in Seattle and Tacoma, the Democrats need to bring more resources to bear on this district (and not just money but volunteers on the ground for registration drives and get out the vote efforts.)

A progressive state senate might also allow Washington state to pass carbon tax legislation following the failure of I-732 ballot measure, which came up 9.25 points short of the 50 percent threshold. Passing a carbon tax through the legislature would provide an opportunity to include the minority communities that were excluded from meaningfully contributing to the ballot initiative process. Moreover, it’d allow an opportunity to dedicate carbon tax revenues to filling the education funding gap, which both Republicans and Democrats have indicated is their highest priority. The incoming administration doesn’t even believe in climate change science let alone have a serious policy to mitigate it; so, states must do what they can to come up with climate solutions and hold off ecological catastrophe.

Cities are certainly dynamic places that can bring many different communities together and encourage the spread of ideas. But winning political strategies don’t just materialize out of the urban air like a summer stench emanating from a sewer grate. As much as I love The Stranger‘s coverage on a great host of political and cultural issues, its insistence on lashing out at third parties frankly doesn’t strike me as the right tack nor is launching insult-laden tirades at Republican voters in hope of shaming them into progressive submission, apparently. A concrete way cities can flex their muscle is converting more suburban districts to their side. If Democrats are the party of multiculturalism and diversity, they should be running Tukwila, the majority-minority suburb just south of Seattle. Instead the most diverse city in Washington with the most diverse school district in the country has a Republican mayor. Let’s fix that.

Urbanism Can Help Fight Fascism But Only With Reform