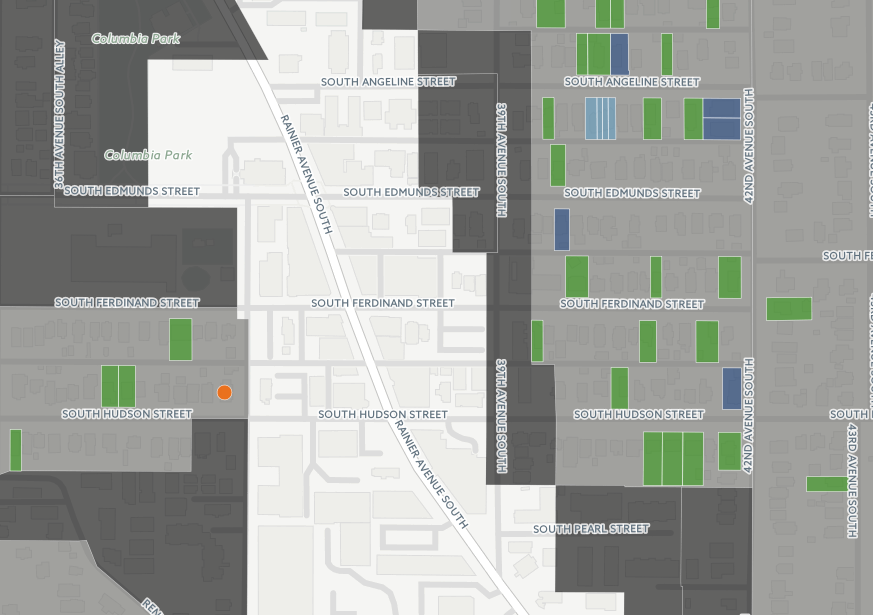 A new research product from the Sightline Institute, a local sustainability think-tank, reveals the rich variety of housing that already exists in Seattle’s restrictive single-family residential zones. The map comes amid neighborhood opposition to rezones that will unlock new affordable housing and calls for preserving the “character” of single-family residential areas. To the contrary, Seattle’s low-density neighborhoods already host a diverse array of multi-unit housing, including duplexes, townhomes, and accessory dwellings.

Sightline’s Margaret Morales explains how this situation came about:

Diverse housing choices in Seattle’s single-family zones are largely relics of the city’s zoning history, legacies of a time when flexible residential zoning covered much larger swaths of the city. As single-family zoning spread across Seattle, it quashed housing choices in most neighborhoods. Today, single-family zoning covers more than half of Seattle, excluding parks and rights-of-way, while only about 10 percent of Seattle’s parcel land area (the private land where private owners can build things) remains open to multi-family housing types.

In 2015, the Housing Affordability and Livability Agenda (HALA) Committee recommended changing the zoning to again allow a mix of low-density housing types in single family areas, just as was allowed in the past. But the recommendation was leaked before proper public process and policy refinement could occur. There was so much backlash from homeowners that Mayor Ed Murray mostly quashed the idea before it could get off the ground. We responded to inflammatory and inaccurate coverage of the situation.

Today, a small spark of this idea lives on, with single-family residential areas within urban village boundaries posed to be converted to Residential Small Lot (RSL) or Lowrise (LR), as part of the Mandatory Housing Affordability program. This would allow a greater mix of housing types, including single-family residential dwellings, small cottages, duplexes, stacked flats, and townhouses. The Sightline map shows that, if the conversation can be reopened, there is great potential for multi-family residential development to find a home in the rest of the Seattle that is off-limits to renters and first-time homebuyers.