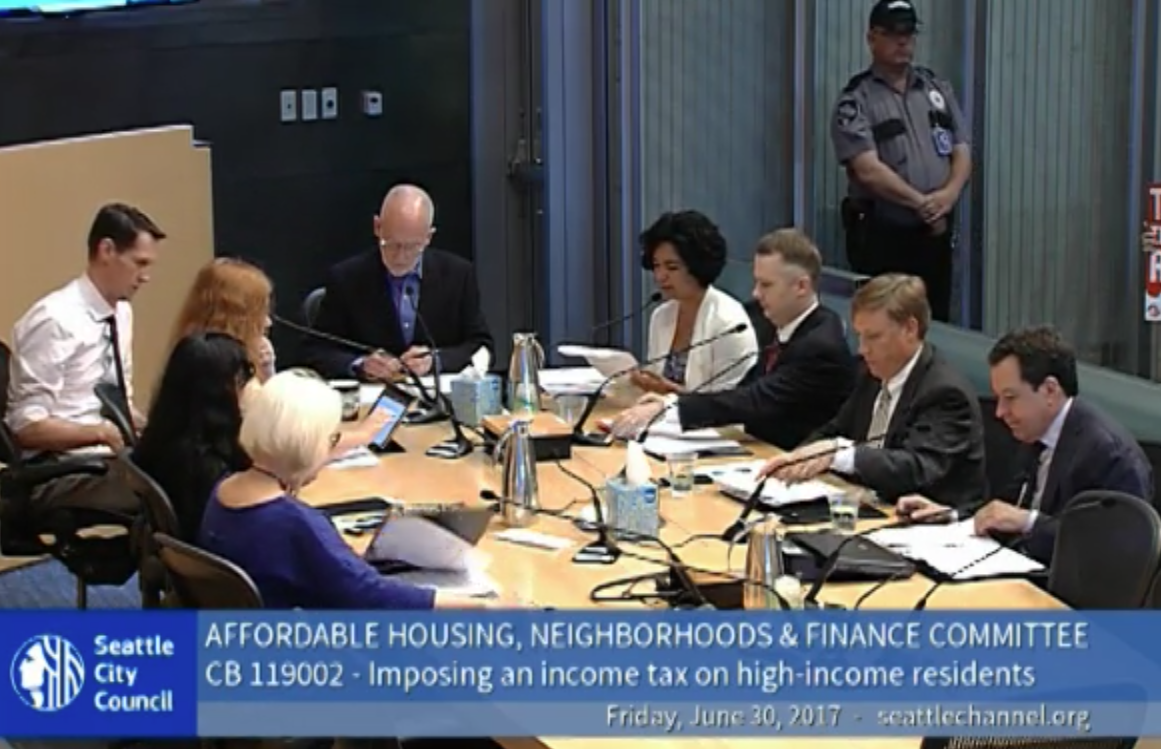 The Seattle income tax on high-income earners has formally been introduced to the City Council. The proposed income tax would generally kick in at the income thresholds of $250,000 and $500,000 for single and married couples, respectively. The income tax is designed to pass constitutional muster by using gross income instead of net income as the basis for taxation.

Last week, the City Council held a committee meeting to discuss the proposal and adopt specific amendments. The introduced version was somewhat different from the one that the City Council was briefed on during its June 14th meeting. That was to be expected as Council Central Staff had noted that the draft version was still incomplete at the time of discussion.

The introduced ordinance had a variety of changes in it, but the biggest modifications included:

All three amendments were passed.

A. All receipts from the tax levied in this Chapter 5.65 shall be restricted in use and shall be used only for the following purposes: (1) lowering the property tax burden and the impact of other regressive taxes; (2) (()) addressing the homelessness crisis; (3) providing (()) affordable housing, education, and transit; (4) replacing federal funding potentially lost through federal budget cuts, including funding for mental health and public health services; (5) creating green jobs and meeting carbon reduction goals; and (()) (6) administering and implementing the tax levied by this Chapter 5.65.

All four of those amendments were adopted.

Lastly, outside counsel to the City Council recommended that a technical amendment be adopted to preclude trust funds from being used as tax shelters as a means to avoid the income tax. The amendment was adopted.

The Affordable Housing, Neighborhoods, and Finance Committee will meet today to pass the income tax out of committee. Final action on the ordinance is currently planned to be taken by the full council on Monday, July 10th.

With the constitutionality of a progressive state income tax in doubt, and perhaps even the authority of a city government to levy one explicitly not authorized under state law (at least for net income), a legal challenge would be expected to work its way through the courts after the bill is passed. It remains to be seen exactly who would pursue such a lawsuit.